Bruce and Roz Burton are passionate about one thing - their Sommerlad chooks live a wonderful life.

The full edition of Smart Farmer is available here In the early morning light, there is plenty of clucking and crowing. As soon as the coop door is opened, the magnificent blue, red and white hens and roosters are off. Digging in the dirt, chasing insects, pecking pasture, while their constant companions, Maremmas Max and Maisy, watch on. They're just being chooks, and they are loving it.

And their love is shared by Bruce and Roz Burton, who run Milking Yard Farm and spend their days and years breeding and growing beautiful Sommerlad birds, and producing wonderful meat.

But this wasn't always the life Bruce and Roz enjoyed. Both had corporate jobs in Melbourne when in 2009 they decided to buy a blank 20-hectare block at East Trentham, Victoria, as a weekender.

For Bruce, being back on the land was inevitable. "My family has seven generations of beef farmers, so I was always going back," he said. 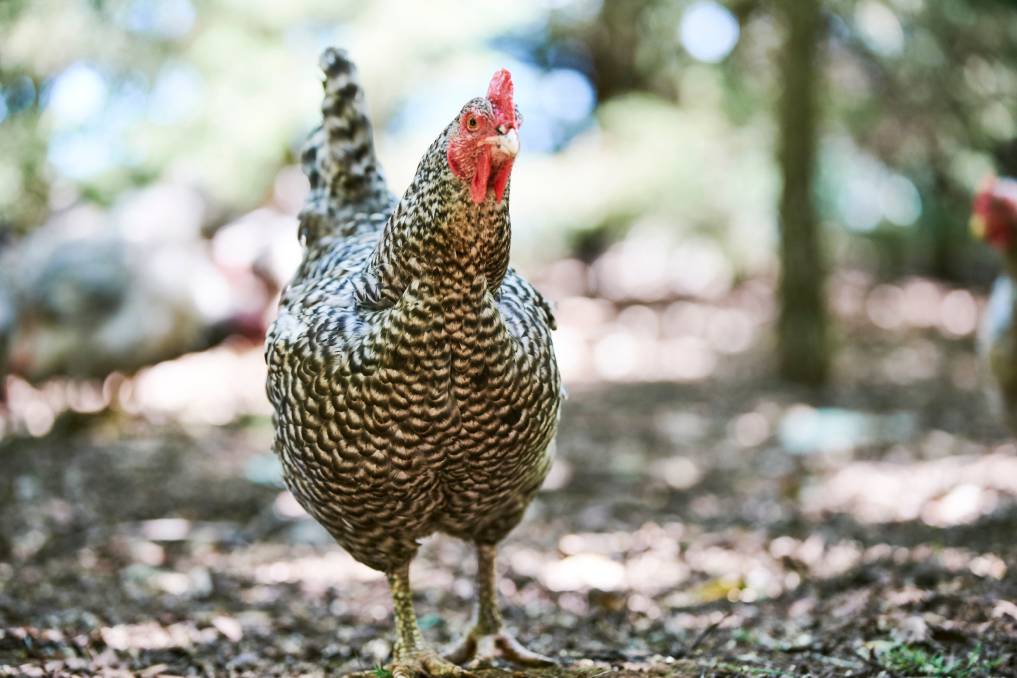 Three years later, they left the city. "We thought 'what can we do to make a living from on the farm?'. We spent 12 months looking for a compelling opportunity," Bruce said. "We'd been producing heavily-marbled Dorper mutton for restaurants. And we learned that older, fatty carcases had flavour."

And so their attention turned to chooks. "We had some layers here. We just love chooks. So we got 60 birds to eat, but that didn't go so well," Bruce said. "So we decided to see what other kind of meat bird was available. And we found that there wasn't any."

But in 2014, they met Michael Sommerlad, and began buying his chicks. "The Sommerlad is an old-fashioned meat bird," Bruce said. "We really had no idea what to expect. But they foraged really well. They grew really well, they are heat tolerant and aware of predation." 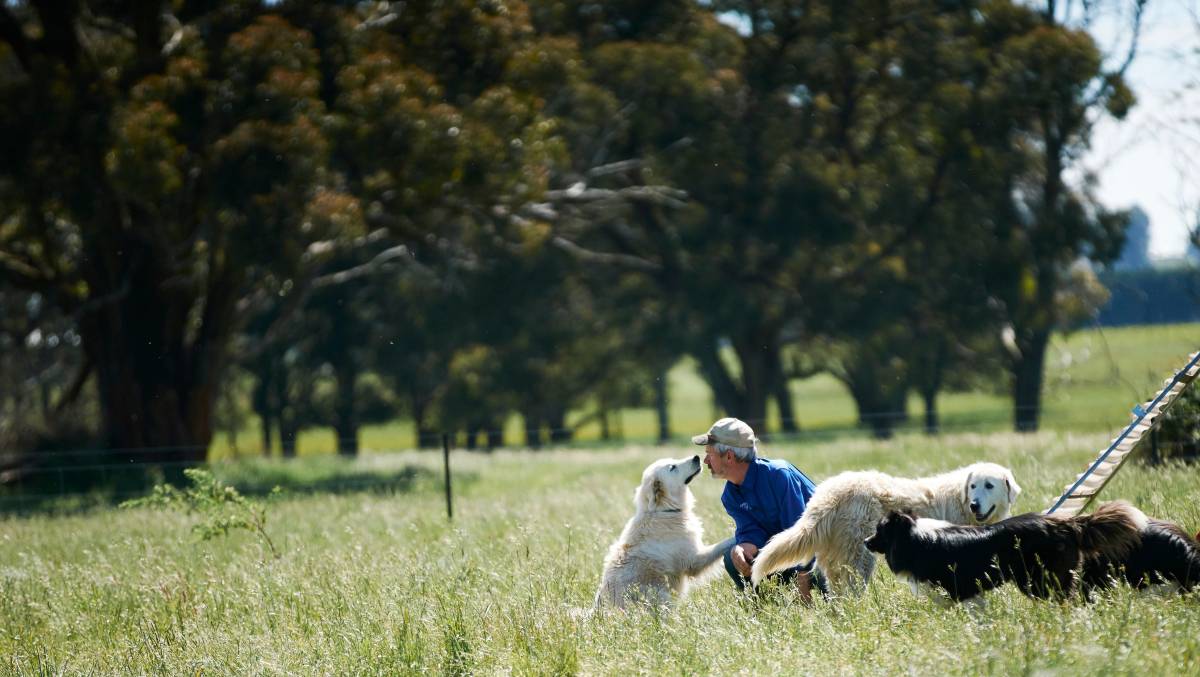 BUDDIES: Bruce Burton spending some time with his dogs, and the chooks.

"We knew there was a market for high-end chicken in Europe. But there wasn't anything available here. So we started with a batch of 60 and we then took samples to restaurants."

And the word got around. They were approached by restaurants and butchers in NSW and Victoria, and soon were buying day-old chicks from Sommerlads as well as breeding their own.

In 2015 they entered the delicious Produce awards, and won the national paddock category. But they weren't finished. In 2016, they entered a bird with the head and feet still attached. And they won again. "It had never been done before," Bruce said. "It changed the perception of how people looked at chicken. It reflects that it was an animal, and we like to use beak to tail."

From here, they caught the eye of more restaurants, supplying Aria, at the Sydney Opera House, Ester in Sydney, and Brae, Lake House and Grossi Florentino in Melbourne. "It was such a different product," Bruce said. "It ended up on the tables at some of Australia's best restaurants." 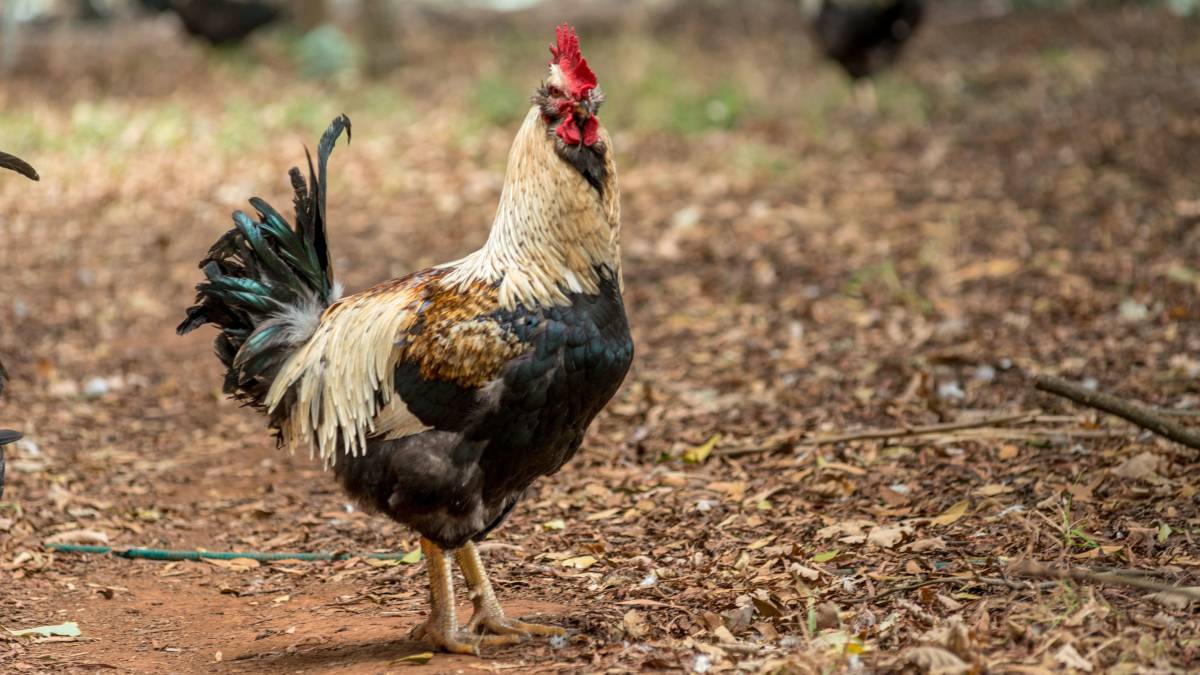 BEAUTIFUL BIRDS: The hens and roosters at Milking Yard Farm roost in sheds at night, and spend their days foraging on pasture. Photo: Kristoffer Paulsen.

Respect from the roost to roast

For Bruce and Roz Burton, getting to oversee their chicken production from hatching to the plate is very special.

The couple have a substantial breeding flock at Milking Yard Farm, buying their first breeders from Sommerlads in 2017. Like any stud, the red, white or blue cocks and hens are selected for superior traits, and are given a numbered wing tag. They are joined twice a year in spring and late summer. The breeding hens roost at night and lay in insulated sheds, and their eggs are collected and then incubated and hatched.

Chicks are graded at 10 weeks for weight, 14 weeks for structure and 25 weeks for maturity. They are given an aggregate score, and breeders are selected. The others go with their peers to fatten.

The chooks live in movable, insulated sheds and forage as well as having access to grain crumble and grits.

Male cockerils and female petite pullets are processed at 10 to 12 weeks old, while grand roosters and female pullet royales are at 12 to 16 weeks old.

The chooks are taken to Golden Poultry Abattoir to be processed, where Bruce oversees the whole process and packages the meat. "We've got full transparency. We make sure they are treated well," Bruce said. Making chicken great again. This is Bruce and Roz Burton's mission, and the couple from Milking Yard Farm have certainly made a huge difference to their customers' dining tables.

Bruce says their Sommerlad chicken has a beautiful flavour. "The thing we hear a lot is it tastes like chicken used to taste," he said. "It is a stronger flavour, it is moist and has great intramuscular fat. It is darker and firmer than regular chicken meat."

As well as supplying butchers and restaurants, around 18 months ago they opened their online store. But they are now a part of Community Supports Agriculture (CSA), supplying 75 families in Victoria.

They will be attending Elwood, Coburg and Carlton farmers' markets in November. "What gets us out of bed in the morning is making chicken great again. Chicken has become a cheap meat, and chooks are the most exploited animals on the planet. We want to make it great in the paddock and on the plate. We want to give them the treatment they deserve."