It comes after Glen Innes, Byron shire, Ballina, the city of Lismore and the Richmond Valley were added earlier this week.

Inverell and Gwydir shires have been added to the Queensland border bubble.

The extension of the border zone into NSW is one of a number of changes that will come into effect from 1am on Thursday, October 1.

The Queensland government's decision to further extend the border zone comes after Glen Innes was added to the bubble earlier in the week, along with Byron shire, Ballina, the city of Lismore and the Richmond Valley.

Now, in addition to the entire Inverell and Gwydir shires, the whole of the Moree Plains Shire is also now included in the bubble (not just those within the 2400 postcode).

Northern Tablelands MP Adam Marshall said it's the breakthrough NSW border communities had been calling for since the "ridiculous" postcode-based border zone was implemented in early August.

"After six weeks of pain, frustration and heartache finally the Queensland Government has made a rational decision and created a travel zone based on local government areas, instead of postcode, which is what we've been wanting since the start," he said.

"This change is coming into effect under Queensland Health's Border Restrictions Declaration (15), and will require every person entering from NSW to provide a valid Queensland Border Declaration Pass."

From October 1, the Queensland border zone will no longer exist, which means NSW border zone residents will be able to travel anywhere in Queensland for any purpose. 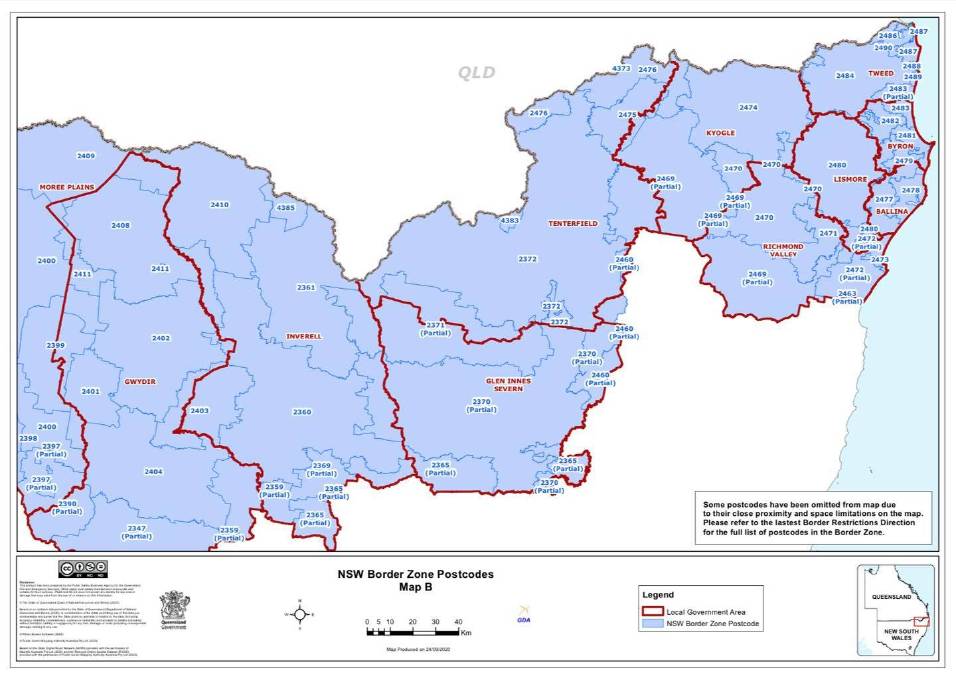 "Whether it's just going to the shops or visiting family, if you live in that designated border area you will able to enter Queensland for any reason," Mr Marshall said.

"For a region like ours which hasn't had a single case of COVID-19 for near on five months, the border zone, as it will stand from next week, is exactly what should have been implemented all along.

"While we've finally got some modicum of commonsense out of the government in Queensland, I'll keep pushing until every community in our region has the same level of access."