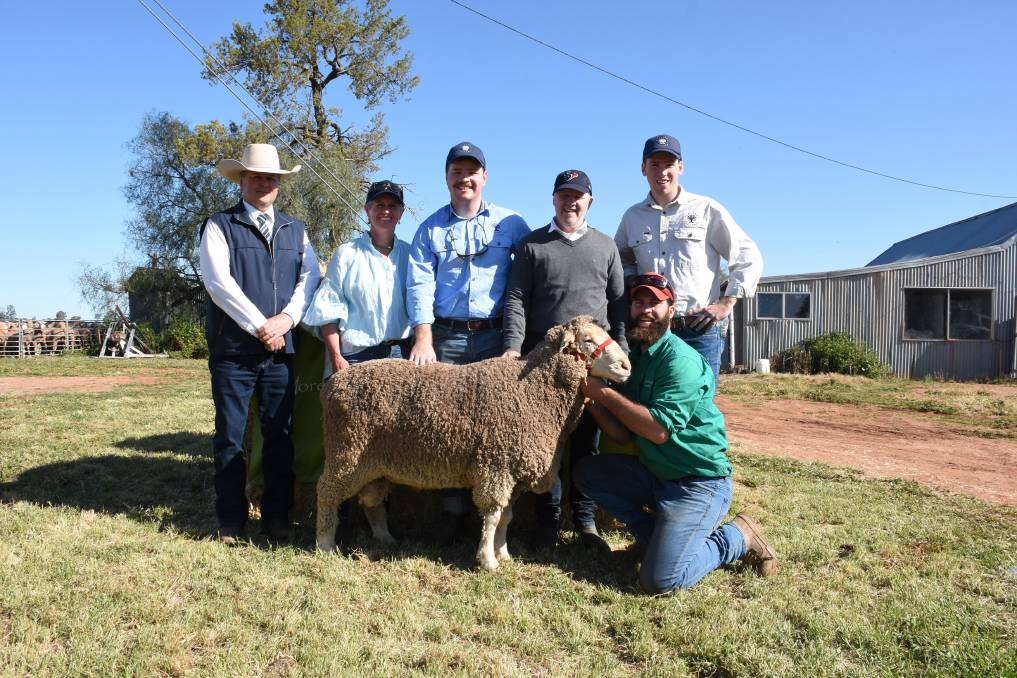 Stud records were broken on Monday when 56 of the 60 rams sold.

A line of 500 autumn and spring drop commercial ewes were offered at the start of the sale selling to a top of $360 per head on two drafts to average $348 per head.

It was the ram Aloeburn 190208 who topped the sale after he was secured by first time buyers the Dodds family, Oaklands Pastoral, Cumnock. The ram was one of the stud's favorites and sat with a reserve throughout the sale.

Buyer Edward Dodds said it was his first time buying from the stud so he wanted to invest in the best ram.

"When looking for our ideal ram we look for three main points; length, breadth and depth," he said.

"The ram's wool crimp was outstanding along with the length and overall correctness."

Stud principal Jodie Green and family were absolutely thrilled with the sale results.

"We are so confident in the quality and accuracy of the figures we provide, the data we collect, the way we present the rams are working well with our clients," Mrs Green said. The sale was conducted by GTSM.