This well-known agent's story could help save a life. Mike Wilson at his home in Armidale. Photo: Lucy Kinbacher

Most people know Mike Wilson as the bloke at the bull sale with a pen in his hand and notepad in his back pocket.

He takes a seat on the bottom row of the grandstand, a strategic position where the auctioneer can see his subtle, yet impactful bids.

There's a couple of buyers cards wedged inside his catalogue and he wears a vest, even when the weather is a little warm.

On the outside you'd hardly think there was anything different with the 70-year-old livestock agent.

But beneath the surface there is a scar across his stomach that tells a different story.

"It's not an easy fight and getting knocked down in life is a given but getting up is a choice so I chose to get up," he says.

It was the beginning of 2019 when Mike sat in the waiting room of the Armidale medical clinic.

He held a cup of tea and savoured every bite of the biscuit reward given to him for undergoing the medical scopes.

It wasn't quite the same as the beverages he was sipping in South America a few months earlier but it would suffice. Mike Wilson at his home in Armidale. Photo: Lucy Kinbacher

Little did he know it was the appetiser to a main course no one would ever wish to order.

"They x-rayed me and the physician came and saw me and he said, 'I've got some bad news, you've got cancer and it's in your pancreas, and your liver and it's gone into your stomach and your duodenal sleeve, it's in the portal vein and it's gone up into your lungs'," Mike tells The Land.

"He said, 'This is way above our heads and there is nothing we can do here'."

In a matter of minutes Mike's life became a ticking time bomb.

He was told he had six weeks to live if he was lucky.

Months earlier he was visiting polo stables and holidaying overseas when he noticed things change.

He couldn't walk more than 200 metres without needing to sit down. He was lethargic and short of breathe.

Mike knew he needed to see a doctor but back on Aussie shores Christmas and New Year rolled around before he paid his GP a visit.

"He said to me, 'You are a typical agent; you drink too much and you drive too many kilometres and you spend too much time on the telephone'," Mike recalls.

But scopes later revealed he was riddled with cancer and it was beyond the expertise of any local doctor.

Like any good agent, he picked up the phone. 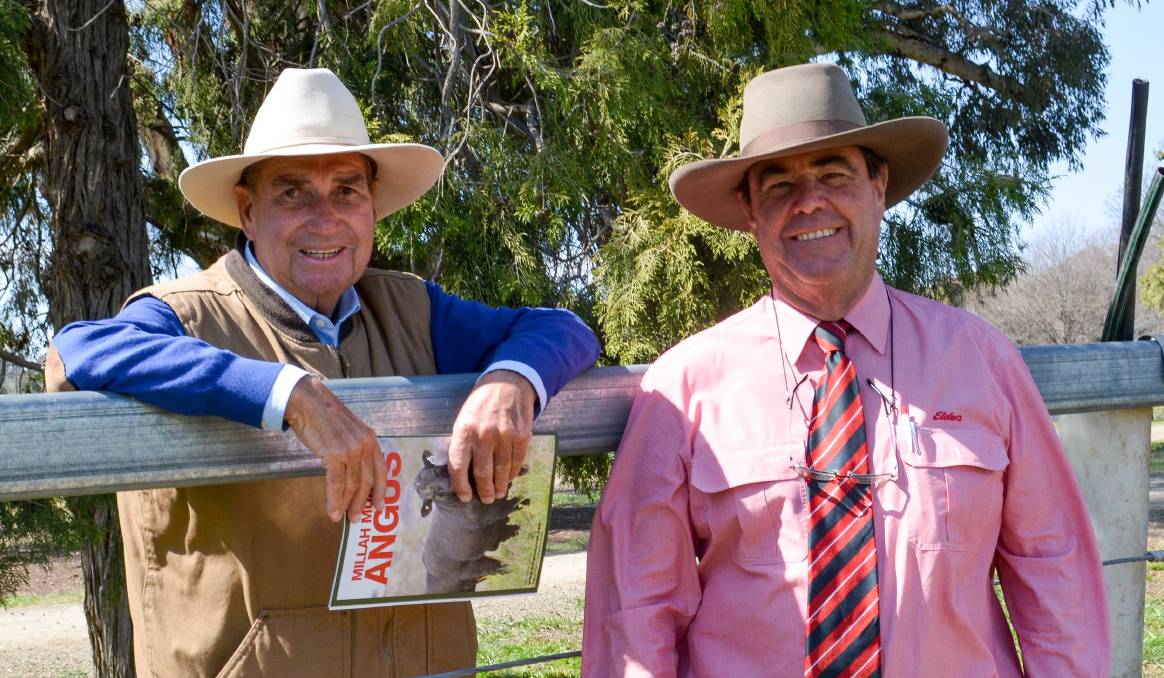 He wasn't going to die without a fight so he contacted his client Ron Perich of Leppington Pastoral Company.

Mr Perich and the Perich family were big supporters of the St Vincent's Hospital.

With his help it wasn't long before Mike was on a flight to Sydney and speaking with a reputable surgeon from the Mayo Clinic in New York who operated at St Vincent's and the Prince of Wales.

"Going from having six weeks to live to looking a bloke in the eye who said, 'I think I can help you' was fairly redeeming," Mike recalls.

"I was very fortunate that he took out half my pancreas and half my liver and he built me a new stomach, an artificial stomach, out of my own membrane and then I went on to a course of chemo."

There was a 30 per cent chance Mike would die on the table during the 10 and a half hour surgery.

He found out later there was a 50/50 chance he wouldn't live past six months post-surgery, but that date has long gone now.

"When they told me what they were going to do...he said to me, 'There's a big chance you will die on the table'," he says.

"I just said to him, 'Mate, I'll go to Randwick every Saturday with those odds' and he said, 'I like your attitude so let's go'.

"But I went down to the little chapel on the ground floor of St Vincent's and I looked up at old mate and I said to him, 'Now I'll do a deal with you'.

"I won't come back to the sacraments because I don't like some of your agents here on earth but I said I'll deal direct with you and you get me through this and I'll keep talking to you.

"He did get me through it and I've kept my part of the deal but I think you have to have something like that where I sort of handed it over to him and said I know I'll be right and that makes you pretty positive because it would be very easy to just lie down and let it kick you."

A blue bag was hung beside his hospital bed, affectionately nicknamed the feedlot, and fed the frail frame that had faded from 92 kilograms to just 60.

"I was still selling cattle from the bed in St Vincent's and I must thank a lot of the clients that really stuck to me," he says.

"Even though I wasn't there to inspect the cattle or draft them I'd ring up Edward Throsby and book in a couple loads of cows and Edward looked after me well with a rate so I managed to keep paying the bills."

He returned to Armidale, began stomaching normal food and underwent a chemotherapy program on a weekly basis, then fortnightly, and eventually monthly - scheduled around bull sales of course.

In August he was declared tumour free. "I've gone from having six weeks to live to now, you are going to have to put up with me for a bit longer," he says.

"You think of all the bad things you've done in your life...but I can honestly say I never thought I was going to die.

"I thought they are all wrong...and my surgeon he was more positive than me and that helps a lot."

Having your life reduced to just a few weeks were bruising words for a man who had lived life faster than a Mickey bull in the scrub.

As one of seven children born into a city family headed by a boiler maker father, Mike fostered a love for horses from a young age.

Before school he would ride track work for a local trainer or on the weekends help bring down the calving heifers out of the hills of his mother's family's Hunter Valley property.

The youngster would take the bus after school to the Waratah Abattoir in Newcastle and saddle up his pony to help head stockman Bill Young collect the cattle for the next day's kill - many of them were from AACo holdings.

"Dolf Schmidt was the recently retired boss of the AACo and he used to drive down from Goonoo Goonoo and see the cattle killed and the day before he would buy me a corn meat and pickles sandwich and a black tea and quiz me about where they'd had the cattle and what feed they had been on and so on," Mike says.

"Then he started telling me stories about the Kimberley and the territory - you could have stood on my eyeballs and cut my fringe and I said, 'Mr Schmidt could you get me a job up there working for you in that company?'" Mike and his mother (left) before he boarded a train to start work at 14 and a half years of age.

With a signed letter from his father in one hand and a swag in the other the 14-and-a-half-year-old boarded a train to Burren Junction on Australia Day and spent every minute on horseback, jackarooing.

He had stints in the Kimberley and the Gulf of Carpentaria before returning to Sydney at about 18 and landing a job with Elders.

"By that time I was about 18 and I was the same age as the young fellas they were taking on but I'd been in the north for three-and-a-half-years so I've been an agent for a fair while," he says.

Mike went on to train as an auctioneer at Wagga Wagga before working under Tony Dowe at Goulburn.

From Elders he took a posting as head auctioneer with Dalgety at Gunnedah and then went out on his own in 1978 as a partner in Longton and Wilson.

In 1985 Mike Wilson Livestock began before he headed to Wesfarmers to join their stud stock team.

"You've got to be able to drink grog, love people and work hard.

That tenure lasted 13 years before he returned to his own business working as Mike Wilson Stud Stock and Bloodstock.

When The Land visits Mike he is sitting on the back deck of his Armidale home.

The sun is shining and spring has sprung but the most warmth seems to be coming from him.

He holds a cup of soda water with a wedge of lime and bull sale catalogues are laid out on the table in front of him.

There are no biscuits in sight but it's fair to say he has already stomached a lot in the last 18 months.

Mike is a private man - this is not something he talks about with everyone.

But he wanted to help save somebody else's life.

To me the whole idea of telling you this story is that if we can save one more fella, it's worth it. - Mike Wilson

"To me the whole idea of telling you this story is that if we can save one more fella, it's worth it," he says.

"There are no loyalties in this business when it comes to living.

"When these people are available and they have got that expertise, for God sake use it.

"If anybody is in a predicament and they are in the bush, I'm only too happy for them to give me a call and have a talk because often at times it's great to just be able to talk to someone who has been there and who can help you be positive."