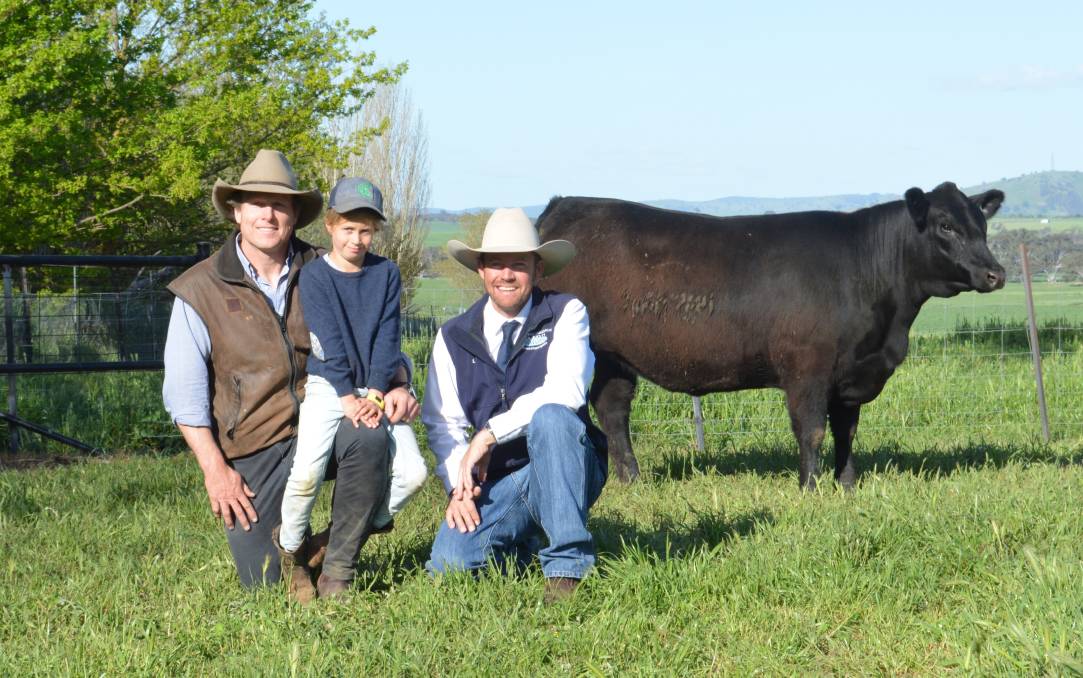 A SYNDICATE of Angus breeders joined forces to secure the $19,000 top-priced female of Kenny's Creek Angus Female Sale yesterday at Boorowa, where a full clearance was achieved.

Overall the Burton Taylor family sold all 99 lots on offer resulting in a total sale average of $6934, with a number of studs operating and their Q-drop yearling heifers demanding particular attention from prospective buyers.

While the auctioneer was still commenting on Kenny's Creek Bara Q423, online buyers were fiercely bidding behind the scenes which saw the eventual high-seller kicked off at $12,000 at the sale.

But it was a $19,000 bid placed over the phone from a syndicate made up of Knowla Livestock and JRGV Angus both of Moppy, Aarden Angus, Corowa, and Waitara Angus, Trangie, that secured the high-figured, phenotypically pleasing individual.

The 14-month-old daughter of Rennylea Edmund E11 was out of Kenny's Creek Bara L101, and presented a credible data set which had her in the top one per cent of the breed for all selection indexes, as well as top five per cent for eight traits and top 20pc for another three traits.

By HPCA Intensity and out of Kenny's Creek Ninah K309, the 14-month-old sat top 10pc for all her growth traits and top 20pc or above for all indexes, carcase weight, rib fat and days to calving.

Kenny's Creek co-principal Sam Burton Taylor said they were really pleased with the results, which saw females sold to some great studs throughout the eastern states.

"They were a good representation of our breeding going forward."

Sara Park Angus and Duddy Angus at Glen Innes paid the top money of $15,000 in the cow section for Kenny's Creek Bara L120.

A daughter of GAR Prophet and out of Kenny's Creek Bara J246, she sold with a calf at foot by GAR Ashland and offered exceptional figures across the board.

These bloodlines and figures drew the Duddy family in, and they couldn't let the opportunity to secure a previous Kenny's Creek donor female for their studs.

"She had the thickness and wasn't an extreme cow ... we will flush her in the future," they said.

"She had mostly good figures, and we need to start looking at figures more as it is what people want." 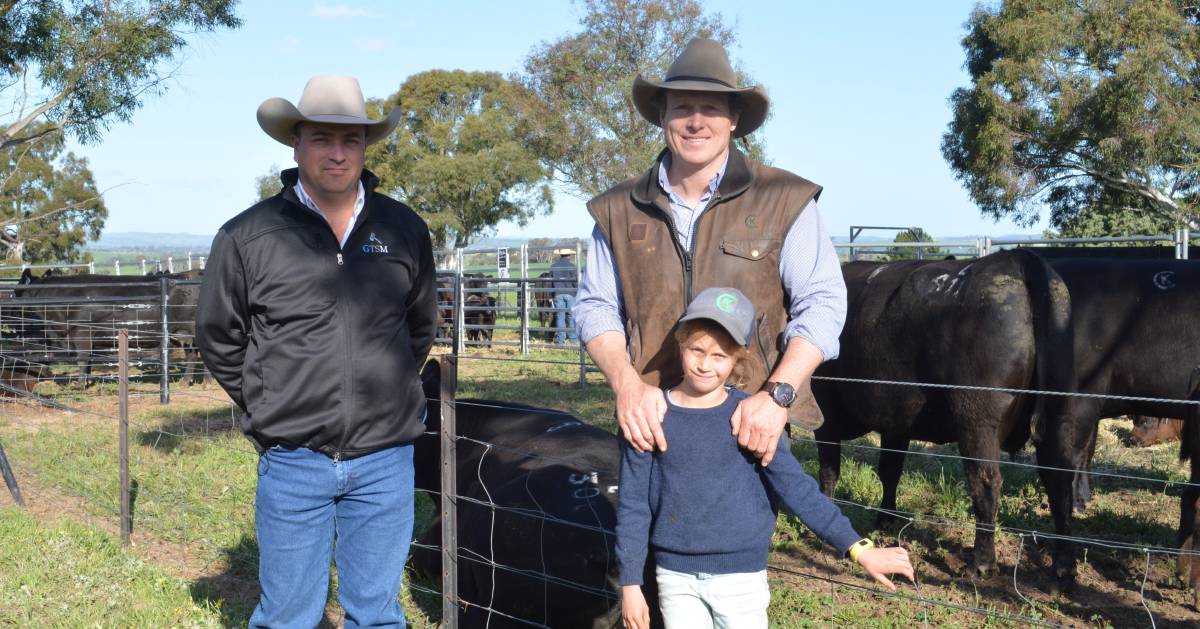 Running an elite operation of around 160 cows they are focused on quality over quantity.

They were chasing sound structured, good uddered cattle with softness.

"Ultimately they were looking for good type and sound data," Mr Morris said.

The largest volume buyer was JA and DM Flemming of Wagga Wagga who purchased 14 head for a top of $7000 top, twice, and average of $5429.

The sale was conducted by Kevin Miller, Whitty, Lennon and Co stud stock with Luke Whitty and Liam Murphy as the auctioneers.