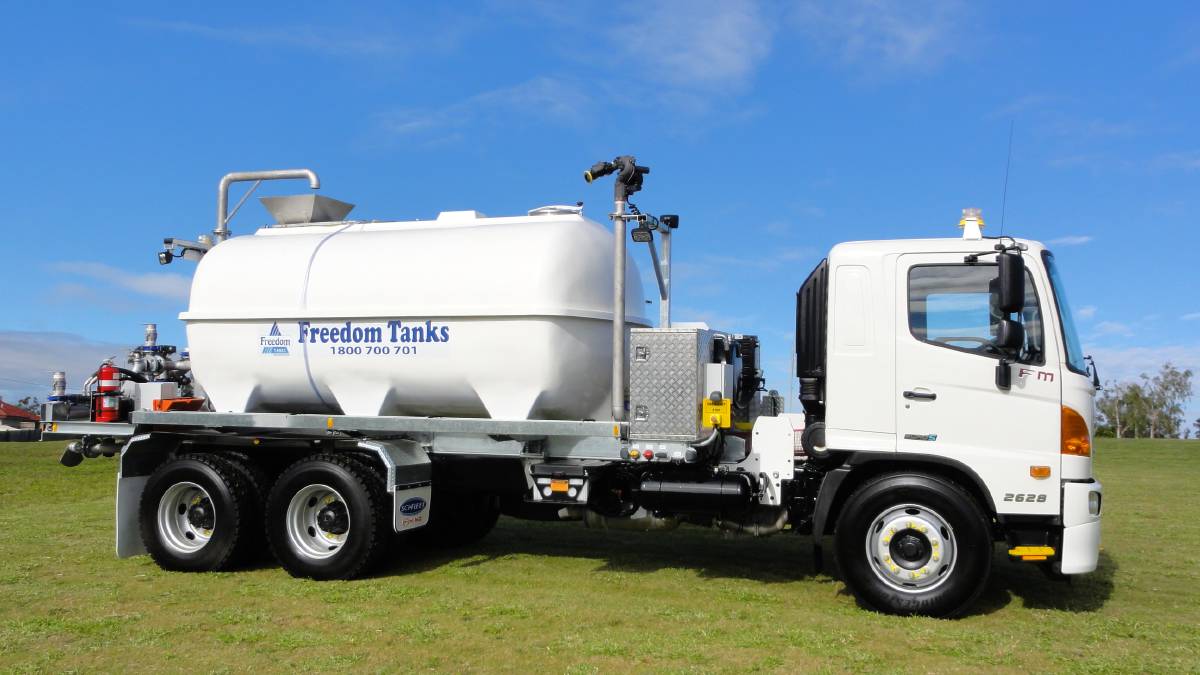 They say necessity is the mother of invention. For Graeme Saunders, the driving force behind the Watershift Group, it's also about wanting to find better, more efficient ways of doing things, and making life easier and more productive for his customers.

They say necessity is the mother of invention. For Graeme Saunders - the driving force behind Australian business the Watershift Group - it's also about finding better, more efficient ways of doing things, and making life easier and more productive for his customers.

The water truck, pumps and reels specialist company founded by Mr Saunders, a qualified civil engineer with more than 40 years experience, emerged out of his passion for innovation, demand for quality workmanship, and commitment to service.

It was Mr Saunders' own experiences in the construction industry that sparked his idea for Watershift. Frustrated by the quality of the water-moving equipment available he could see what a handbrake on productivity it was.

"There was a distinct lack of innovation, vehicles and services the industry desperately needed," he said.

"Working as a project manager on road construction I always hated that the equipment was poor quality. We'd have old trucks with a tank on the back - you had to jump out and run around the back to start the pump and open valves."

In 1996, Mr Saunders bought an ex-fuel tanker and refitted it as a water tank, customising it to be entirely cab-operated. The truck also had an irrigation sprinkler with a 50 metre range, sprays on each corner, a water cannon and a pressure washer bar across the front.

Similarly, the design in 2003 of Watershift's top-selling Ezy Wind Hose Reel was in response to the lack of robust and reliable hose reels. The fully-made Australian product is believed to be the only hose reel in the world with a 20-year structural guarantee.

"I set out to develop a hose reel with the quality, strength, reliability and accuracy I wanted - it had to be able to handle the toughest of working conditions. Then other people wanted one and so it had to be easy to use. I set out to make the best - and the simplest," Mr Saunders said.

Today the Watershift Group's services have expanded to include custom water trucks, fire trucks, skid-mounted fire attack units and other special-purpose vehicles. The company works with local motor body fabricators to produce the high quality, efficient and reliable vehicles it has become known for.

As well as manufacturing the Ezy Wind Hose reels, it develops and distributes pumps, cartage tanks, water cannons, and other water-related products. It has taken the water truck pumping system to a new level with the TruckMaster water pump, designed to be a true workhorse.

To complete the design of an excellent water truck Watershift purchased a fibreglass tank from Australian- owned Freedom Tanks in February 2011 for their own fleet of water trucks. Proving its toughness this tank is now on its third cab chassis, while another bought in 2014 is on its second cab chassis.

Watershift became the official distributor of Freedom Tanks which has set the benchmark for quality in the industry. It's proven a winning partnership with Watershift combining its own premium mounting design and engineering expertise with Freedom's quality materials to create a long-lasting, high performance water truck.

"Numerous customers have 20-to-30-year-old Freedom tanks which are still in operation and going strong," said Mr Saunders. "Fibreglass is the ideal material for liquid cartage tank construction. It's non-corrosive and hard-wearing It has a high-tensile strength so it can handle the forces liquids exert in a confined space. Freedom tanks have a low tare weight so a bigger pay load and also has no issues with rust."

Freedom Tanks director Bob Biernat said the tanks are structurally designed to be self supporting with no need for steel support bracing around the tank. "By reducing this steel there is a huge weight saving," he said.

"The tanks also have a uniquely designed baffle system with one full length baffle and three cross baffles. The central cross baffle gives full strength to the tank and also reduces surge from front to rear, saving a lot of money on truck wear and tear. The tanks are made in two halves so there is only on join around the centre."

The tanks now come with the added option of a large sump at the end of a tank for better draining.

Along with innovation and a quest for continuous improvement, it's Watershift's commitment to service that underlines its success. It offers 24/7 support to its customers to ensure that no matter when a problem occurs help is available.

"Customer service is all you've got - it doesn't matter how good you are at what you do if you haven't got a focus on being there when your customer needs you you have nothing," Mr Saunders said. "It's a fact that machines only ever break down when you need to use them - not when its sitting in the shed on the weekend."

Want to find out more about Watershift Group's products and services? Head to its website or call 1300 655 115. For more information about Freedom Tanks call 1800 700 701 or visit its website.