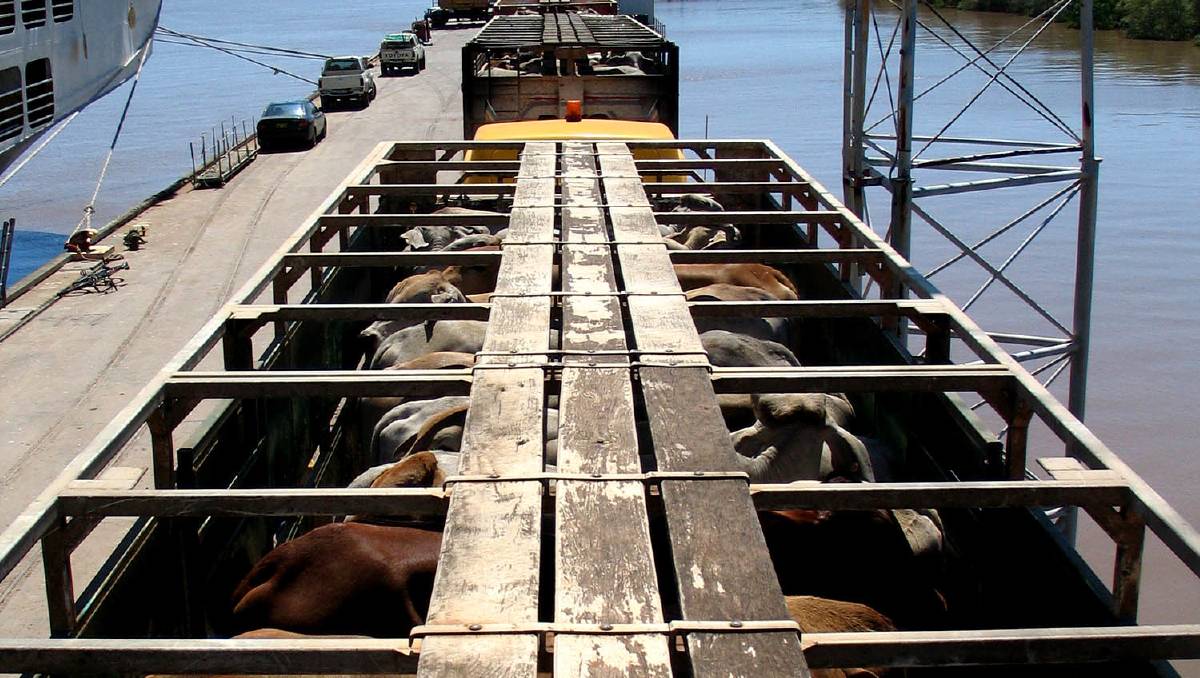 Beef exports from Australia have fallen on the back of a rundown in herd numbers that started when drought set in after the last La Nina event came to an end in 2012.

The historically low figure is simply a reflection of a general supply contraction due to a rundown in herd numbers that started when drought set-in after the last La Nina event came to an end in 2012.

Another month and another massive drop in beef exports, according to Department of Agriculture figures released late last week showing just 72,619 tonnes were shipped for September.

October 2016 was the last time we saw an equivalent monthly result. But that was all to do with an intense wet weather pattern interrupting supply, something we may well see again before the end of this year.

But, for now, the historically low figure is simply a reflection of a general supply contraction due to a rundown in herd numbers that started when drought set-in after the last La Nina event came to an end in 2012.

The processing sector had been expecting cattle availability to hit the wall sooner, but when the crunch came in July this year, the drop-off was abrupt.

From a respectable 96,000t in June, beef exports fell to 88,000t in July, then to 78,000t in August and now a further reduction of near similar magnitude in September.

The August and September figures stand out because both represent a low point for these respective months during the past nine years - and possibly longer.

The August and September figures stand out because both represent a low point for these respective months during the past nine years - and possibly longer. - Ken Wilcock

The questions this raises are what can processors expect in the way of supply in what remains of the final quarter, and what will that mean for close-out of the season and exports for the year?

Anecdotal reports suggest there are no more cattle than what is currently coming through.

Big numbers of bullocks are not expected from traditional areas, such as the Channel Country, as production there has largely turned to feedlot weight.

Also, cows from second round musters that might have been expected to come forward are - instead - being given another chance in the herd.

If the much anticipated La Nina rain does not come until summer, it would seem likely that numbers in the northern regions will progressively shorten-up as the year runs down.

In the south, reports suggest the traditional breeding areas are intent on rebuilding herds.

While the mixed farming country seems relatively light-on for cattle due to availability and price - and is focused instead on cropping.

All up, it may be difficult to even hold monthly volume at the relatively low level of 70,000t for the remaining months of the year - bringing into question whether exports can reach one million tonnes for the year.

On the other hand, rain any time now - and into summer - depending on location and extent, would likely cut short what is left of the 2020 season.

Overall, across export sales, major markets show quite a big variation in performance - ranging from a reduced take of just 5.7 per cent in Korea to 22.4 per cent in China (on cumulative year-to-date figures).

Korea stands out because its imports of Australian beef have remained relatively stable throughout the year, albeit at a reduced level.

Whether this is an indication that the shift in market share between Australia and the US in this market is accelerating is hard to tell.

US export statistics are two months behind ours and its latest figures to July show trade with Korea is down by 7 per cent year-on-year.

But the US Meat Export Federation (USMEF) also claims that, as of July, the US had reached 51.5 per cent of the Korean beef market. This is up from 49 per cent last year at Australia's expense.

Certainly it is advantaging America at this point in time, with the trifecta of supply, price and tariff.

The September figure is down by 64 per cent compared to the same month last year.

China seems in no hurry to lift its arbitrary suspensions on four Australian meatworks over documentation issues.

Similarly, there is no sign yet of a resolution to the fifth meatworks' suspension over a highly unusual chemical residue claim.

But again, Australia's high-priced product and higher tariff through triggering safeguard in late June are not helping.

Implementation in March of the US-China Phase One trade deal has sparked growth with US exports to July - up by 95 per cent on the previous year.

This is coming off a low base, but USMEF says demand will be strong for US beef for the remainder of the year - including purchases for Chinese New Year.

While 8.5 per cent behind last year's volume on a year-to-date basis to September, Japan remains a strong market for Australian beef.

Up to May, volume was marginally ahead of last year - but has trailed since.

This was more to do with a mid-year spike last year, while - this year - tonnage dropped slightly since May, but remained stable.

September's 20,500t is actually up slightly on the August level.

As with Korea, US exports to Japan are down on last year's volume but climbing in terms of market share relative to Australia. By July, this had moved to 43 per cent and surpassed Australia as top supplier.

Trade with the US, meanwhile, has been more of a rollercoaster ride.

Recovery in US production, seasonality in consumer demand and increases in South American and New Zealand imports are all playing a part in the lean beef dynamic.

New Zealand imports were up by 6600t in the same period.