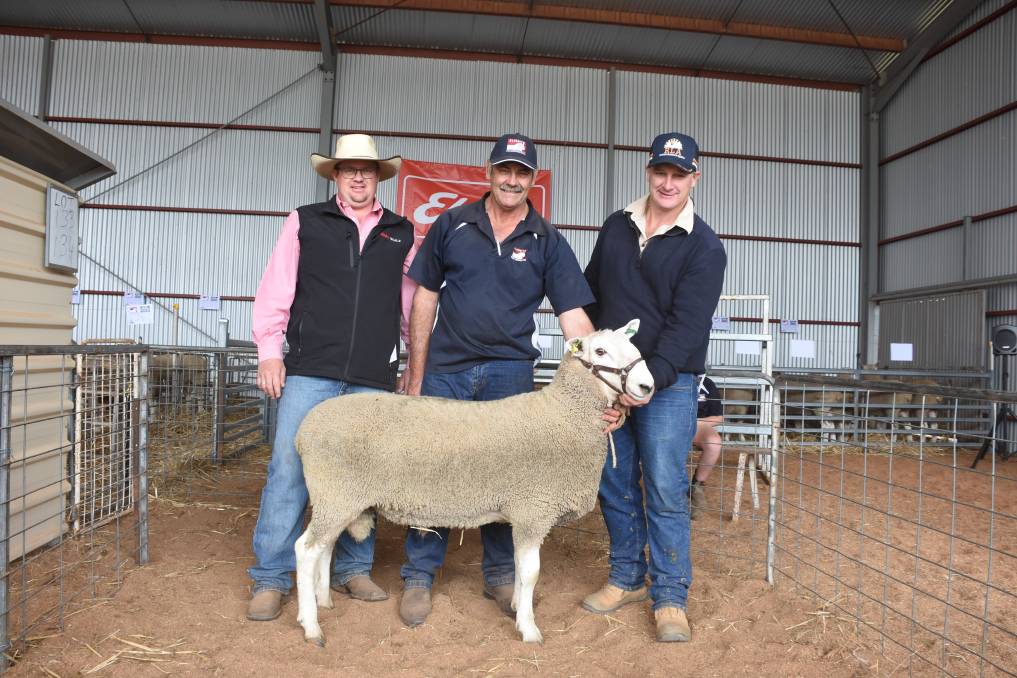 High demand pushed Gleneith to a 100 per cent clearance.

It was a very pleasing result for the Kember family who had a 100 per cent clearance at their 17th annual Gleneith Border Leicester sale at Ganmain on Friday.

Originally the Kember family catalogued 120 rams for auction however due to high demand from clients they offered a further 16 rams will all 136 cleared to an overall average of $2959.

A group of 20 specially selected rams were offered at the start of the auction and sold to a top of $9000 and averaged $3830.

The Kember family have had a long commitment to breeding Border Leicester sheep stretching five generations right back to 1922.

The top price ram of $9000 was paid by Rod Frohling, Hovell Stud, Burrumbuttock, for a stud sire with measurements of $uperborder$ Index of 137.4, 1.6 for maternal weaning weight, 7.9 weaning weight and 11.5 for post weaning weight

The ram was sired by Gleneith 358-17 and Gleneith stud will retain semen for in stud use.

Among the volume buyers TMEG Family Trust, Junee purchased a total of 25 rams, three of these were specially selected rams to average $2904.

The sale was settled by Elders Narrandera with Joe Wilks as auctioneer.