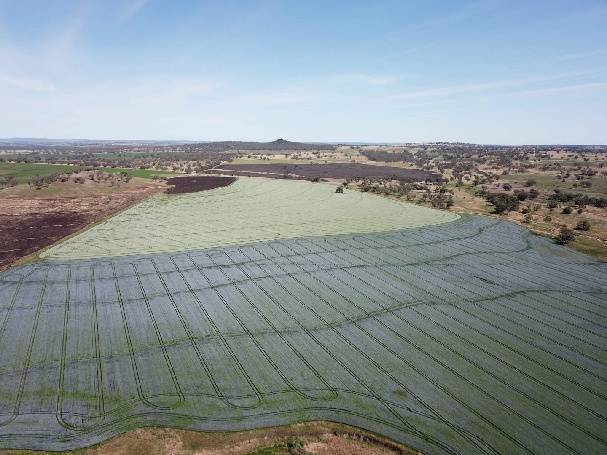 Some of the crops at Utah, Warialda. Photo: Marty Conroy

David La Fontaine has been growing niche crops to increase the potential profits at harvest.

Winter crops may not have finished as strongly as they started around the Warialda district but a group of local growers were given plenty of optimism for the future when they toured properties recently.

The Warialda P & A Association combined with McGregor Gourlay, Rotary and Imtrade Australia, to showcase crops around Warialda, Delungra and Coolatai and offer new options and teachings from other growers.

McGregor Gourlay agronomist Marty Conroy said the crops were patchy with handy barley and wheat crops in some areas while not far to the north of Warialda many properties had missed out on rain.

Everything from Seamer chickpea, Sunlamb wheat, planet and commander barley and linseed were presented along with a showcase on exclusion fencing and a chemical trial using Para-Trooper herbicide.

"We pretty much went around and looked at the crops and what strategies were used to make the most out of the potential of some of the crops," he said.

"The chickpeas were certainly performing a lot better than a lot of the cereals with this drier end of year, relying a lot more on soil moisture deep down. 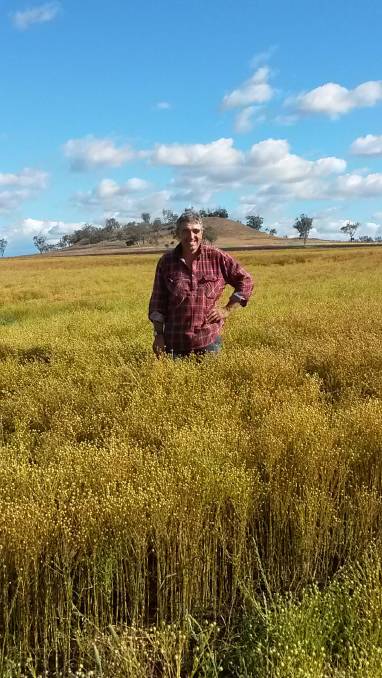 David La Fontaine in some of his crop.

"Most of it (the crops on the tour) had copped a few of the earlier summer storms in early part of January and that was the difference, that little bit of extra sub soil moisture to get into that four plus tonne to the hectare yield."

He said it was certainly a spirit lifter for many on board.

"We only had one client harvest a crop last year so it's a pretty big turn around from last year," he said.

Among the stops was Utah, the 930 hectare (2300 acre) property of David La Fontaine.

Mr La Fontaine had 145 hectares of linseed, which was planted into a full profile on April 27, and 55 hectares of purple wheat, planted in the last week of May.

Running a small operation, Mr La Fontaine has been growing niche crops for almost a decade to increase the potential profits at harvest. 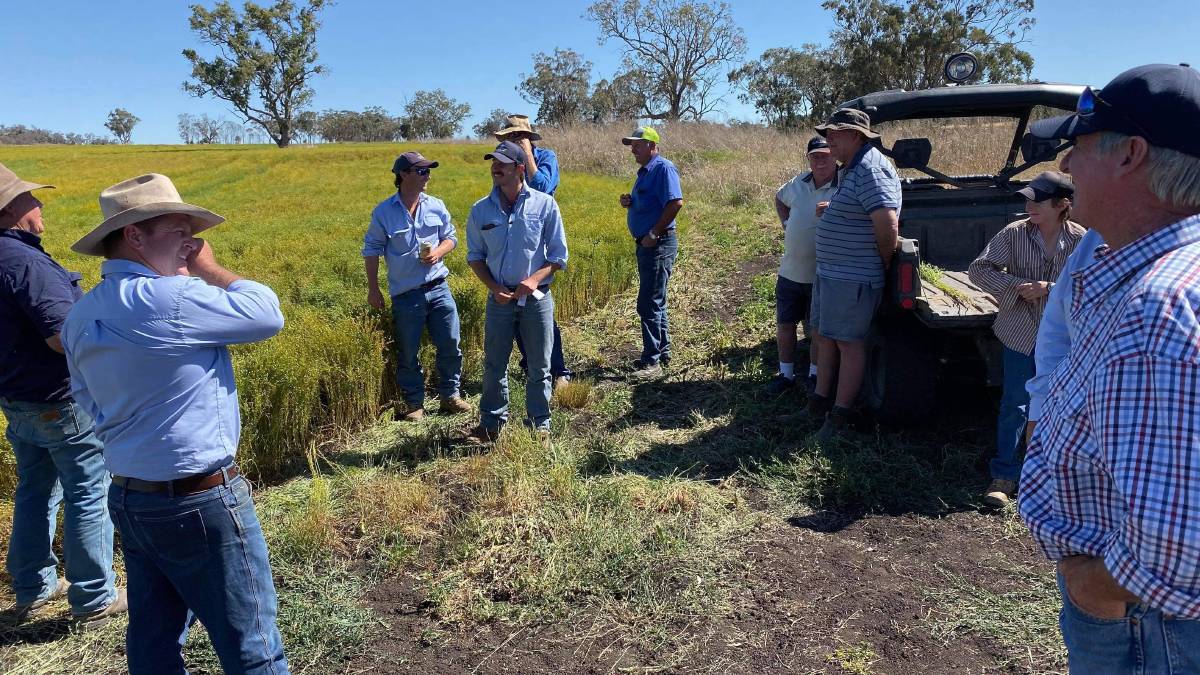 "We are only a small producer so we have to target higher value, low volume crops to try and justify the expense or maximise our profits," he said.

"So we very much look for the little boutique crops that you might have to fiddle a bit with but because we are small we can afford to do that.

"We had only been in the area a couple years and I was finding that we couldn't compete volume wise with the big cereal growers."

This year was described as "crazy, topsy-turvy" with frost like never before and mice pressures for the first time in 14 years. 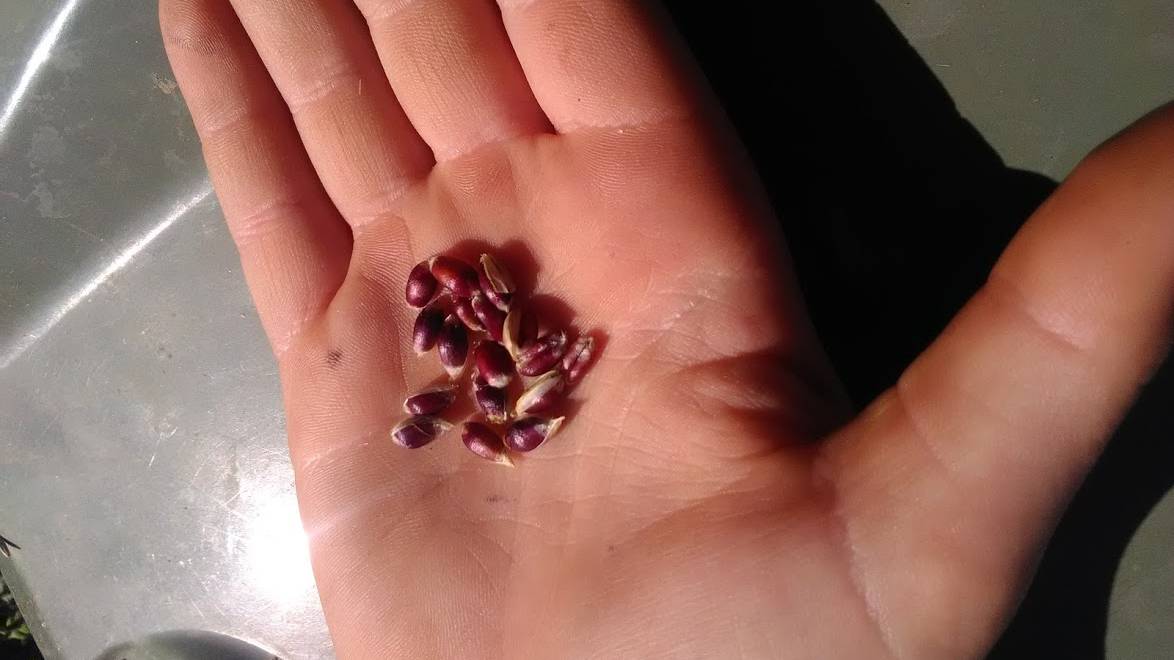 "It's going to be a real unknown until we put the header in. The paddocks range from creek flats up to higher slops and the flats really copped it."

The linseed will be harvested in November with both it and the purple wheat bound for use in the bakery market.

The purple wheat created plenty of discussion from bus attendees, some who had never seen it before. 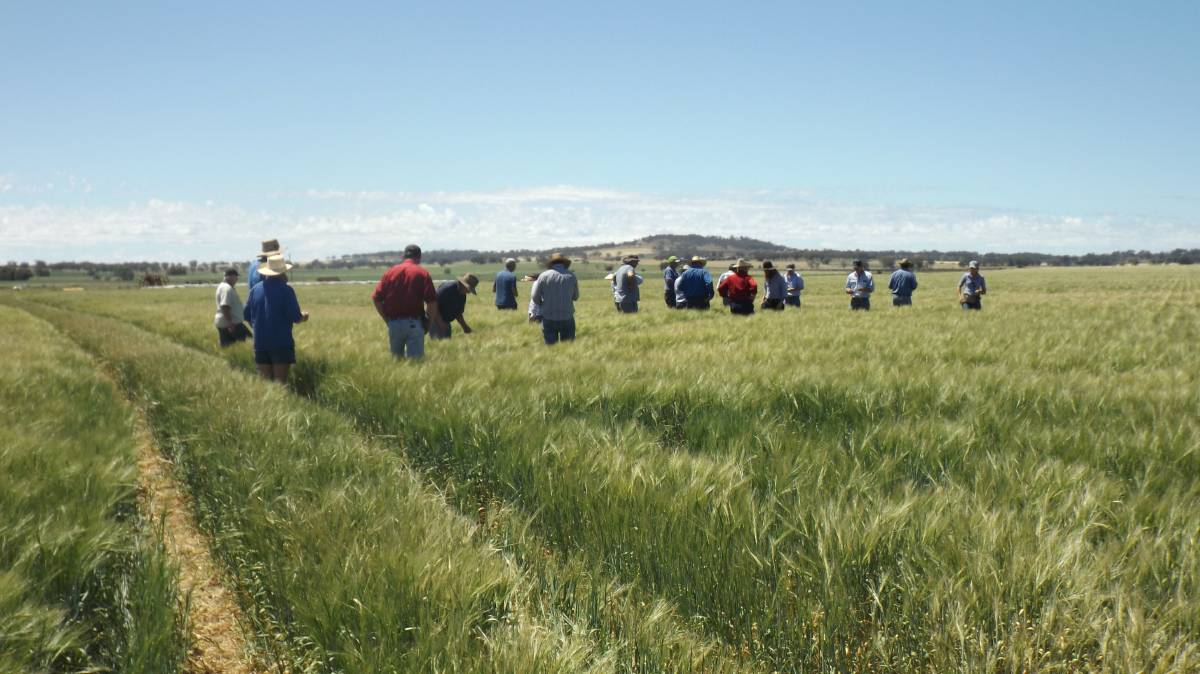 Many growers wanted to know about its value, yield and the agronomic and chemistry difficulties.

"If you have got a paddock with bind wheat or add linseed, it's a very bad combination because linseed and bind wheat seeds are virtually the same weight and size so it's hard to grade out and you have limited chemical options to control bind wheat in linseed," he said.

"The other issue that was canvassed was residues and how you handle the residue because linseed is used originally for rope and so you have to be pretty careful about how you approach dealing with the residue.

"We wind row it all and burn the wind rows. It can lead to extreme frustration if you don't handle it right.

"Insects also love it and heliothis can be a major issue. They'll crawl over any crop to get to it." 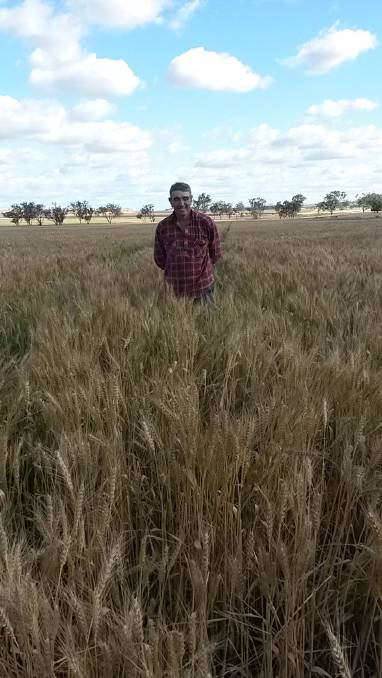 About 24 units of liquid urea was applied to the linseed just prior to flowering while the wheat was sown with 80kg of a blend equivalent to a urea starter mix and topped with the same liquid fertiliser prior to flowering.

Sorghum and mungbeans will be planted in the summer but Mr La Fontaine was just grateful to have a crop after not planting for winter last year.