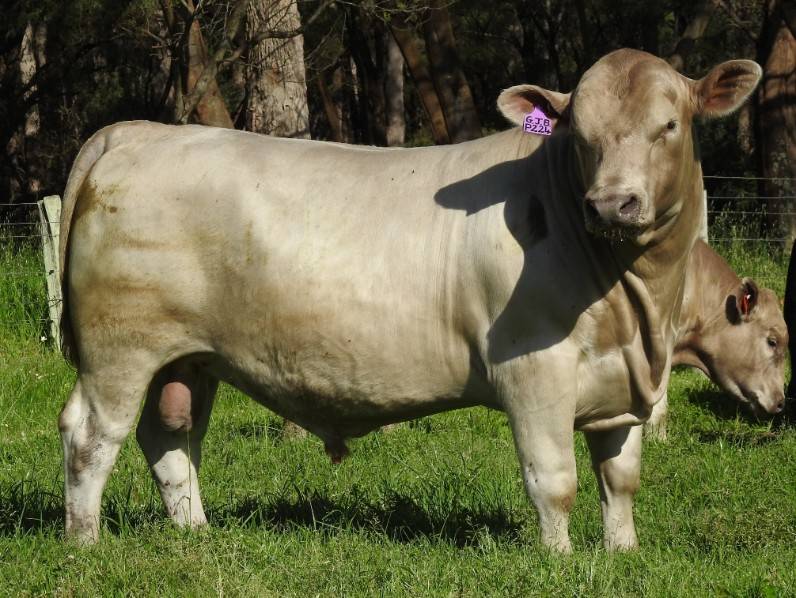 A rising two-year-old bull who was bred in the purple by the Buller family of Monterey stud, Karridale, WA, sold for the top money to Ayr Park Murray Greys, Woodstock. Photo: AuctionsPlus

Buyers from across the country and around the world supported the online sale.

Murray Grey genetics from top studs will be trucked to new homes across the country and even as far as overseas after the 31st annual Premier Murray Grey sale attracted strong interest.

A total of 11 vendors from Tasmania, South Australia, Western Australia, and NSW offered Murray grey bulls, cows and calves and heifers through AuctionsPlus on the weekend with 26 of 54 lots sold.

A rising two-year-old bull who was bred in the purple by the Bullers of Monterey stud, Karridale, WA, sold for the top money to Ayr Park Murray Greys, Woodstock.

He had the potential to "develop into a super impressive sire" and boasted growth estimated breeding values in the top five to 15 per cent of the breed.

The seven-year-old was remated to Monterey Marvellos M130 and had breed leading EBVs, particularly for growth and $Indexes.

The top heifer, Maefair Jeanette Q9, was offered by the Burnett family of Artarmon and went to an Elders Stud Stock client.

He secured five heifers under the hammer to average $2600 and was in negotiations to secure another two females.

The cut-flower grower by day began with a commercial Murray Grey herd some years ago and currently has about 30 breeders.

His purchases would become foundation females for the stud with plans to join them either naturally or artificially.

"It was the first time I've bought stud stock before through this type of operation so I was pretty impressed with the assistance you got," he said.

"At this stage its more of an in house thing but we will see how the herd produces and take it as it comes along.

AW and KL Ward, Guyong, secured four cow and calf units from the sale averaging $4750 while Burnett Pastoral Trust, Turramurra were successful with a cow and calf and two heifers averaging $5000.

Sale president Geoff Buick said the sale was held online for the third consecutive year - two due to drought and this year because of COVID-19.

If it permits, they hope to hold a live auction back at Albury-Wodonga next year.

The sale was conducted by Elders and Atkins Marketing Livestock.