The strength of the heifer market continues to outpace the value of steers across NSW. 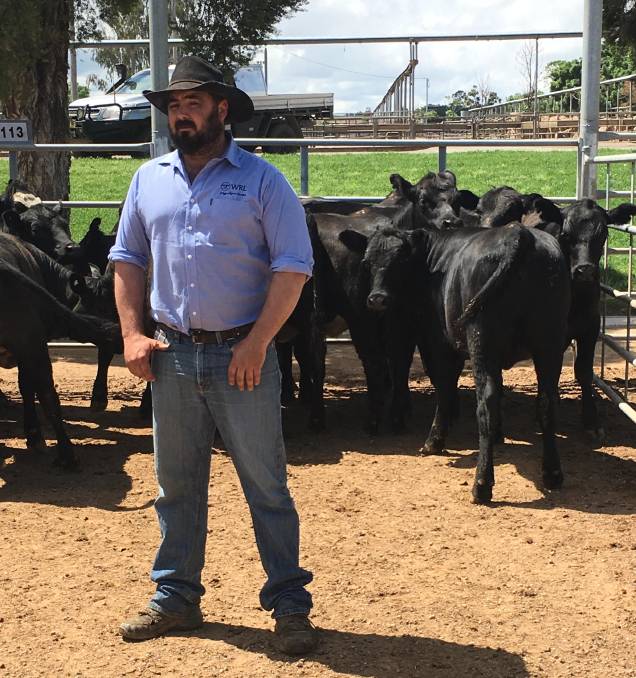 Yearling heifers are catching up to or surpassing the steer equivalents in the prime cattle market, as part of complex positioning by restockers.

It appears to be a northern phenomena where heifers have surpassed steer prices, but price parity is quickly happening in the state's south, the difference now about 10 cents a kilogram between yearling heifers and steers.

Yearling heifer prices have more than doubled in a year, from about 200c/kg last year to nearly 600c/kg for the best offerings.

The heifer price rise was due to a number of factors from a shortage of supply and lot feeders in the market looking for short-term finishing opportunities.

Mr Hill said producers were also looking to hedge their bets by buying heifers giving them an option to fatten up or a joining option later on.

Harry Waters, Elders Gundagai, said there were top prices for yearling heifers depending on colour and breed.

"There's definitely been a rise in cents per kilo in the past couple of weeks. I'd say heifers are matching the steer prices here at the moment," he said.

"I'd say the majority are going to restockers, wanting to use up that excess feed they have and then look at later selling them as pregnant (PTIC) or with calves at foot, both of which are selling well."

Premium cows with calves have hit up to $3000 a head in recent weeks. The market move is also affecting other parts of the cattle trade with low birthweight producing bulls being sought to put to older heifers.

"They've had an absolutely huge run and most of the times bringing more than their brothers," he said.

"Some are going back to restockers and others just on to traders - it's massive. We've seen some prices in excess of 600c/kg. Steer prices would be about 500c/kg plus while the heifers are more likely to make 600c/kg."

Yearlings were well supplied at Gunnedah sale on Tuesday. Normal buyers attended, but the yearling market came off a bit.

David Farrell, Farrell McCrohon, Grafton, said yearling heifers were attracting up to 500c/kg for 250kg to 350kg (compared to about 200c/kg last year).

Heifers were in high demand but producers on the North Coast were holding on to most of their young heifers for breeding.