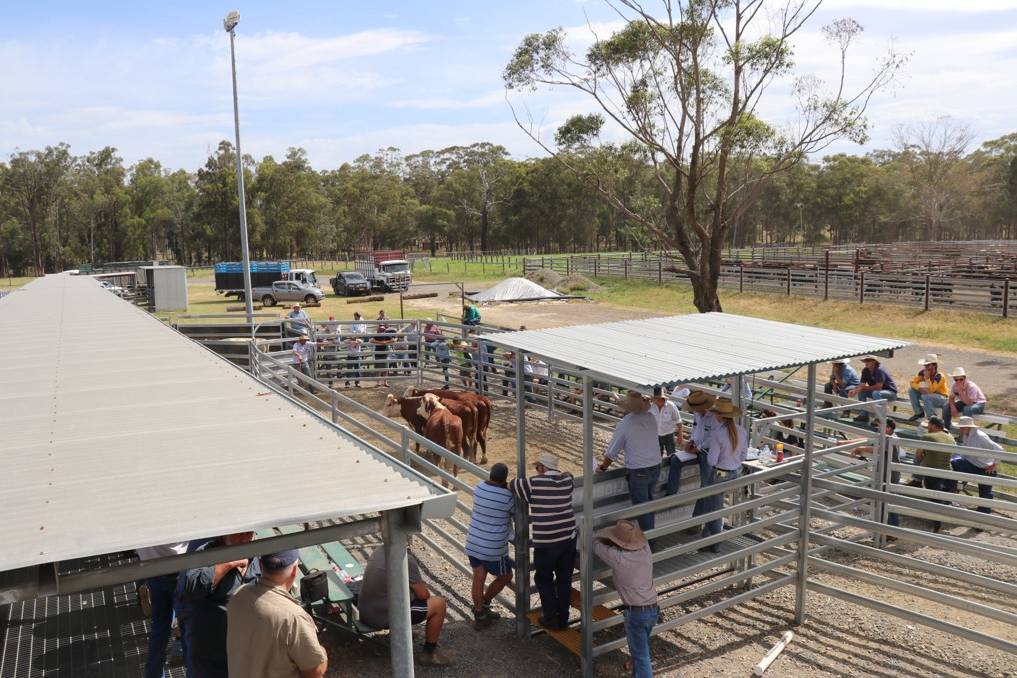 The new selling ring at the Maitland saleyards means agents can continue to conduct COVID-safe sales.

Females were in demand at the Maitland store cattle sale.

COWS with calves sold to a top of $2800 a unit during the Maitland store cattle sale last Saturday.

Bowe and Lidbury agent Michael Easey said although the quality of the 1000 head yarding was mixed, the market trend was overall firm for the better quality lines.

Bidding was strong for the pregnancy-tested-in-calf heifers which attracted bids from $1750 to $2780. The limited number offered sold for an averaged of $2200.

The varied age of the cows with calves and the quality was a reflection of the prices paid. Mr Easey said the cow/calve market was firm and averaged $2250, topping at $2800.

He said Chraham Chevalley, Gresford, sold a run of quality cattle during the sale.

"Their weaner heifers made $1300 a head, while a yard of Brangus/Angus cows with calves sold for $2700/unit and are heading to a Dungog buyer," he said.

M Holz of Gresford picked up some lovely PTIC Speckle Park heifers for $2780 sold on account of Palmer. Julien Manuel, Richmond Vale, sold a line of milk- and two-tooth Angus steers for $1900 to Aird Properties.