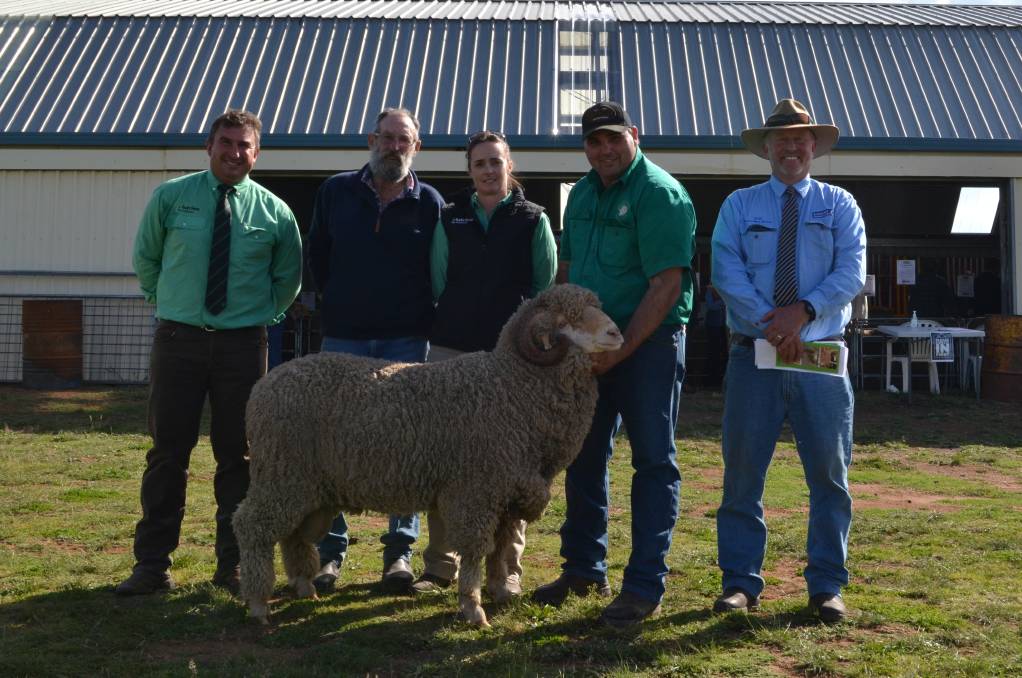 A one hundred percent clearance of 76 Merino and Poll Merino rams was recorded for John and Jenny Alcock, Greenland and their son and daughter-in-law Greg and Nikki during their annual unhoused on-property sale at Cooma.

Cooma-based sheep classer Brian Sears purchased the top priced ram for a client and he considered his pick of the Greenland draft outstanding for length and depth of body and wool growing capacity.

"He is a very correct sheep, with sirey wool which will breed on very well," he said.

"He is very well balanced, with a great underline, a long-stapled belly wool and strong bone."

They were looking for productive sheep with fleece weight, carcase and fertility - John Alcock, Greenland, Cooma

Significant sales were made by Walcott Pastoral, Delegate who purchased one at $5500 and a second at $2750: P.J and P.R Guthrie, Bendoc, Victoria who paid $4000 for their choice of the offering and Peter Vlandis, Avonside via Berridale who purchased a new sire for $3500.

Volume buyers included Calora Pastoral, Buckenderra via Berridale who selected a draft of 17 rams to top $2500 and average of $1515: Yarran Ag, Young who added to their genetic base with the purchase of eight rams to top of $2750 and average of $2125 and Neville Mangelsdorf, Cootamundra who bought three rams for a client to average $2250.

AuctionsPlus recorded 13 rams bought through their process to average $2076.

"We couldn't be happier to have a one hundred percent clearance," Mr Alcock said.

"They were looking for productive sheep with fleece weight, carcase and fertility,"

"We were also very proud of the way of sheep presented having grown through a very tough drought."

The sale was interfaced with AuctionsPlus and settled by Nutrien and Schute Bell Badgery Lumby, Cooma with Tim Woodham (Nutrien) taking the bids.