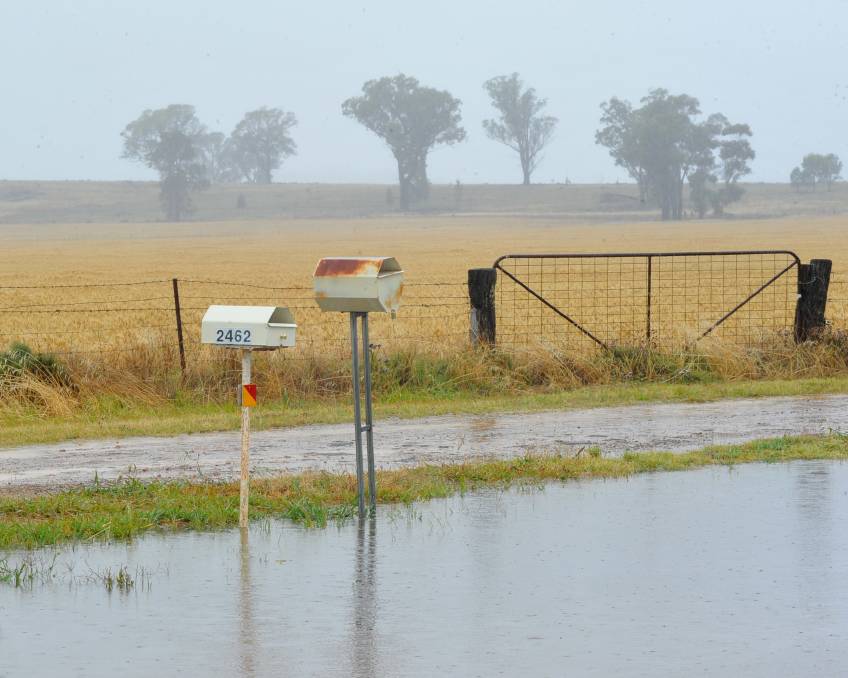 A moisture-laden air mass interacting with a slow-moving upper-level trough will produce more widespread rain and severe thunderstorms between Friday and Sunday.

Some of these storms will become severe with damaging winds.

RAIN and thunderstorms will spread across NSW during the remainder of this week, with severe storms likely on multiple days.

A low pressure trough has already produced a bit of wet and stormy weather in central and northern NSW during the last couple of days.

However, these storms were an entrée for what lies ahead.

A moisture-laden air mass interacting with a slow-moving upper-level trough will produce more widespread rain and severe thunderstorms between Friday and Sunday.

On Friday, showers and storms will affect most inland districts of NSW as the trough moves in from the west.

Some of these storms will become severe, with damaging winds, heavy rain and large hail all possible.

On Saturday, the trough will deepen and move further east, causing rain to become heavier across the northern, central and southern inland, and along some parts of the coast.

In addition to this rain, thunderstorms are likely to be widespread and severe.

The trough will shift further east on Sunday, allowing drier weather to return to the western half of the state as showers continue along parts of the slopes, ranges and coast.

Storms will redevelop in parts of eastern NSW on Sunday, most likely in the northeast.

Looking further ahead, there's a good chance that showers and storms will continue to affect parts of eastern and southern NSW into the beginning of next week as well.

However, there is some model uncertainty regarding where and how much rain will fall from Monday onwards.

The next few days are likely to feature severe weather in NSW, so be sure to check the latest forecasts and warnings.