Wool growers appreciated the well nourished fleeces on the rams 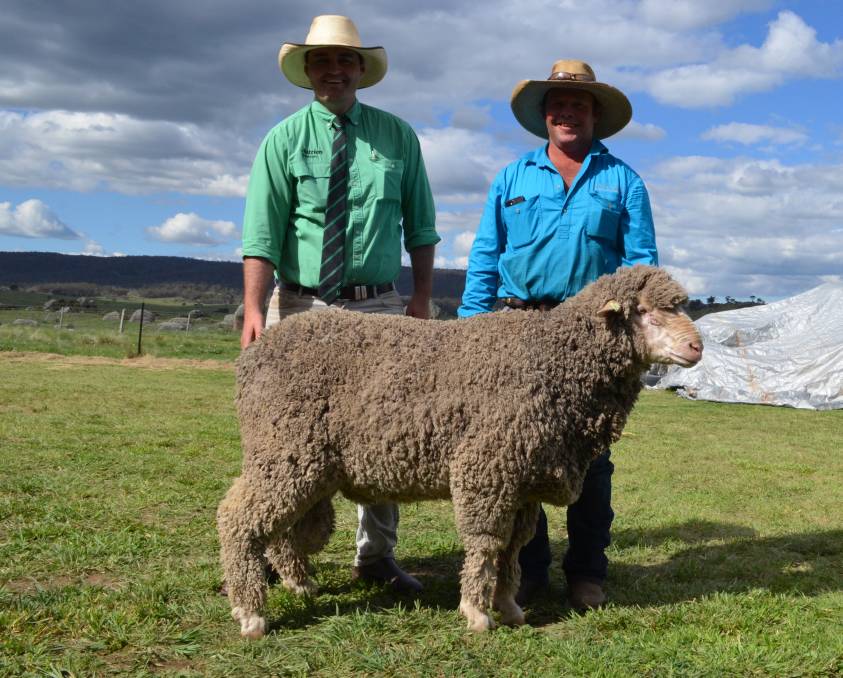 A feature of the sale was the purchase by Western Australian wool growers J.F and K.J Beech, Tenterden, WA of a Poll Merino to back up their AI program where they have been using Snow Vale and Cottage Park genetics.

"The use of Monaro-bred genetics has been very impressive for the Beech family," he said.

The top price during the auction was $6700 paid by return client Peter Darmody, Ardlethan.

In a mixed-farming operation, Mr Darmody is ensuring the fleeces of his Merino flock are well nourished with deep crimp through the purchase of rams bred by Michael Hedger.

Further impressive sales included one at $6250 bougth by Gordon and Jenny Crowe, Cooma: one at $5000 bought by Coolamatong Partnership, Cooma and included in their draft of three which averaged $4000 and one at $3000 purchased by Lester Jones, Goulburn.

There was determined support from Monaro sheep breeders and included volume buyers Amandri Group, Cooma who added to their genetic strength with the purchase of 10 rams for $1375 average price.

Individual sales included one at $1750 when bought by Connorville Station, Cressy, Tasmania: one at $1500 purchased by Estate F.J Whitby, Rocky Hall and one $2000 bought through Schute Bell, Goulburn for a southern tablelands client.

Berridale district woolgrower Tim Jardine took home his selection of the offering for $1500.

Reflecting on the sale results, Michael Hedger said he was more than happy with the sale with returning clients satisfied with the production results achieved by his rams on their properties though very trying seasons.

"It was noticeable buyers appreciated the well nourished fleeces of the rams on offer," he said.

The sale was settled by Nutrien Ag Solutions, Cooma with Rick Power effectively wielding the gavel.