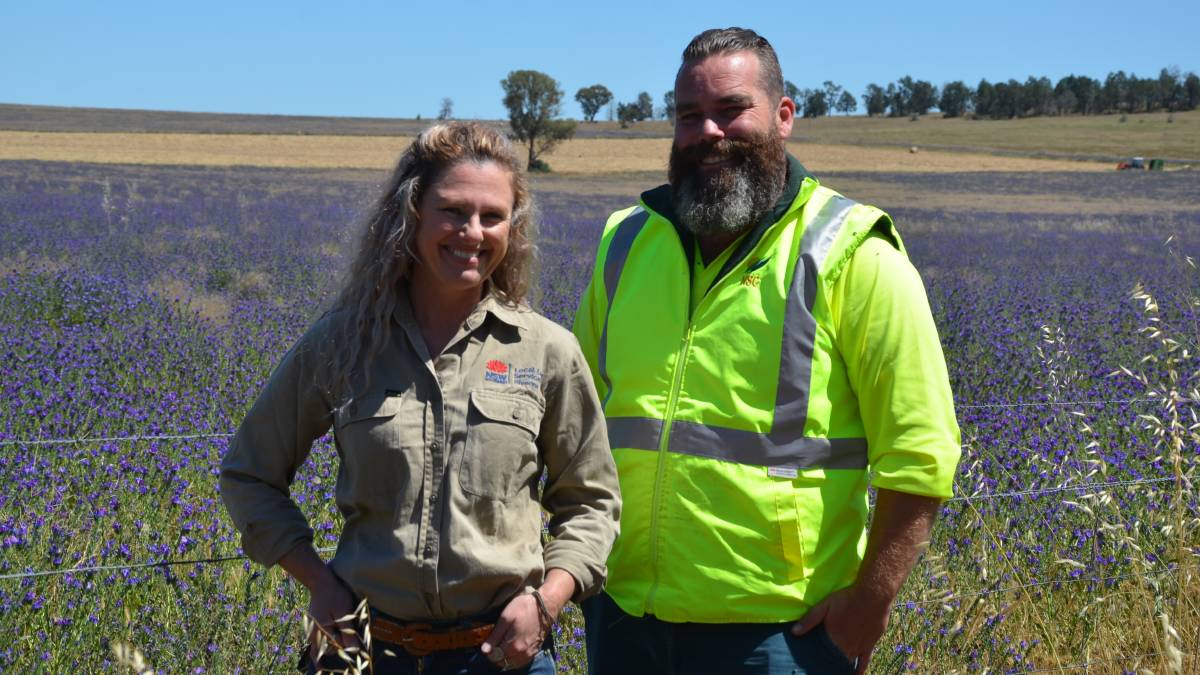 Have you seen more Paterson's curse than normal?

An explosion of purple has been seen across NSW this spring, Paterson's curse back with a vengeance following the drought.

While, visitors have been attracted to its Instagram-friendly colours, landholders are looking at how to control the prolific weed.

But, instead of reaching for the chemical, council biosecurity weed officers are championing an Integrated Pest Management (IPM) approach using biocontrol agents, where possible.

"There are a few reasons for that," Ms Galvin said.

"Primarily, we have been coming out of drought that has left plant ground cover depleted and plant competition with weeds reduced.

"This has provided opportunity for Paterson's curse to make a come-back and 'curse' us yet again."

"Paterson's curse contains pyrrolizidine alkaloids, which are toxic to livestock, particularly horses, though sheep can graze it for a time," she said.

"Prolonged grazing of Paterson's curse is harmful, even to sheep, because the alkaloids eventually cause liver damage, especially if stock consume large amounts of this weed in winter and spring and then graze on common heliotrope over summer." 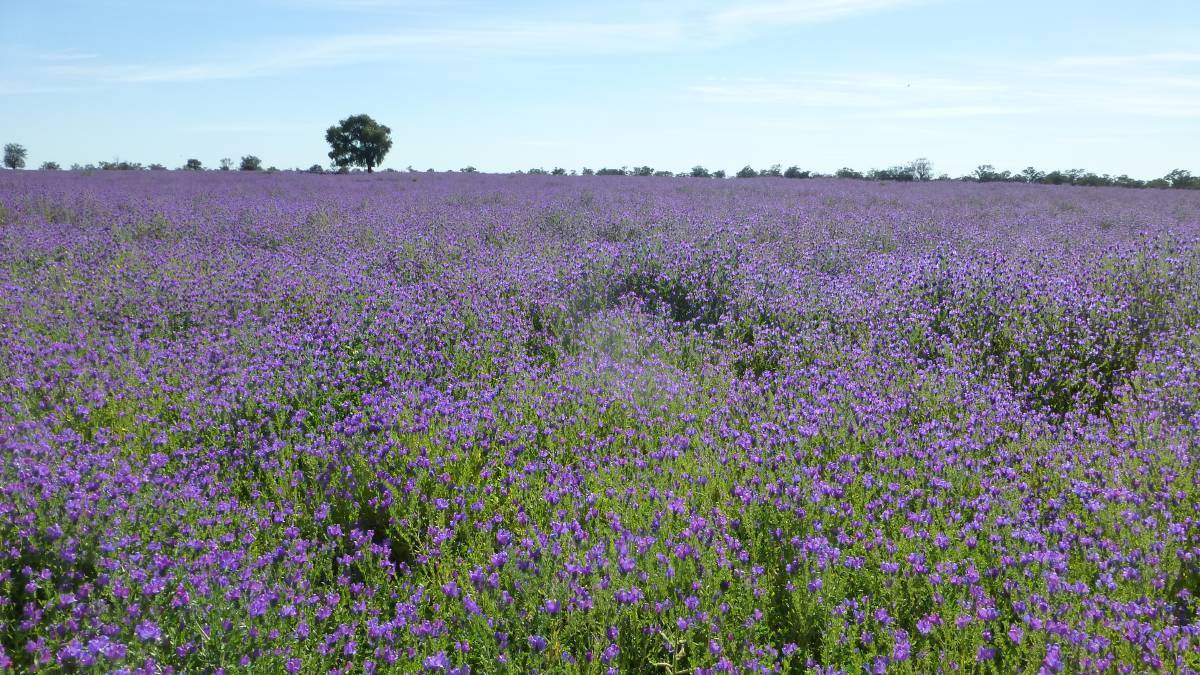 Paterson's curse has made a come-back following the drought, with plant competition depleted.

"The crown weevil and flea beetle have been the most successful biocontrol agents," Ms Galvin said.

"Patience must be exercised for biocontrol agents to build up in numbers to have a significant impact.

"People may be tempted to get the chemical out but if they can let the insects re-establish then nursery sites can have a good chance of establishing again.

"That should be easier with large Paterson's curse infestations this year.

"However, chemical control still has its place."

Ms Galvin has her own experience with biocontrol, having used it on the family farm at Narrandera for close to 17 years.

"Some paddocks were once heavily infested (with Paterson's curse) until biocontrol organically colonised the property after releases were done in the area," she said.

"We stopped chemically treating and waited for the positive impact.

"It took around five years to get a good effect. We now have isolated patches that have popped up over the last couple of years from drought."

Ms Galvin said biocontrol had probably gone off landholders' radars during the last few years but since the replenishment of Paterson's curse there had been more focus on the control method.

"I'm getting probably two to three calls a week from landholders interested in where they can get biocontrol," she said.

Mr Cregan said although there had been a return of the weed nicknamed the 'Riverina Bluebell', it didn't compare to levels seen when he was growing up.

"This is nothing compared to what it used to be," Mr Cregan said.

"But where there's no competition it will take off."