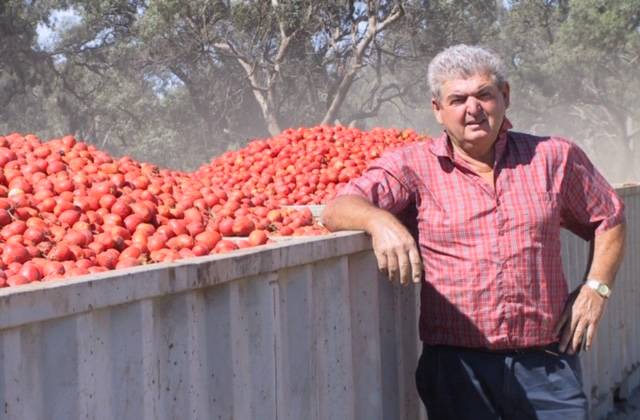 Sergio Rorato grew tomatoes at Jerilderie for 34 years and set up his own processing plant. Photo supplied by Sandra Rorato.

Jerilderie in the Riverina is traditional Merino country, so when Sergio Rorato arrived from Italy in the 1960s and started planting vegetables, there were a few eyebrows raised.

Sergio, who passed away earlier this year at the age of 80, was never afraid to take a chance. 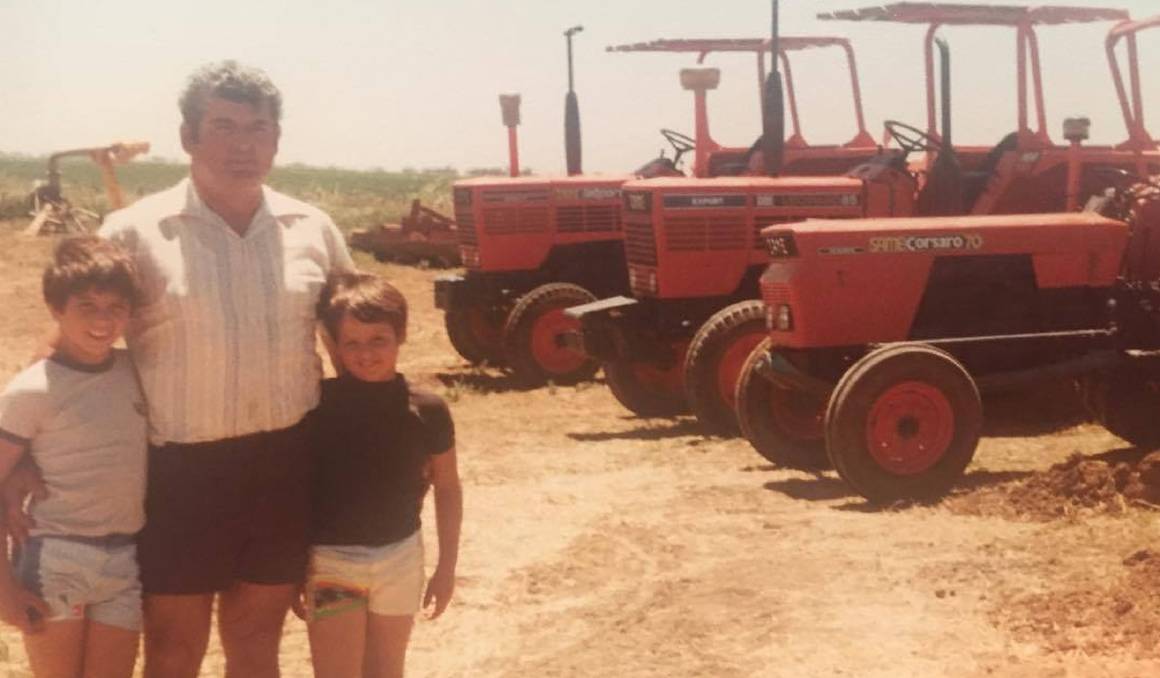 In 1961, at 21, he travelled to Melbourne from Italy with about 10 pounds in his pocket, only to discover the job he thought he had organised did not exist.

Luckily, his brothers Lou and Robert were already in Australia, so they picked him up and they started share-farming vegetables in Griffith.

Sergio's son Glenn said it was in 1965 that an opportunity came up for the three brothers to purchase some land in Jerilderie.

"When they moved to Jerilderie they mainly grew onions, but they had grapes as well and pumpkins, cauliflowers and carrots," Glenn said.

"When they turned up with their tractors and started ploughing everything for vegetables, the Jerilderie locals just thought they were mad. 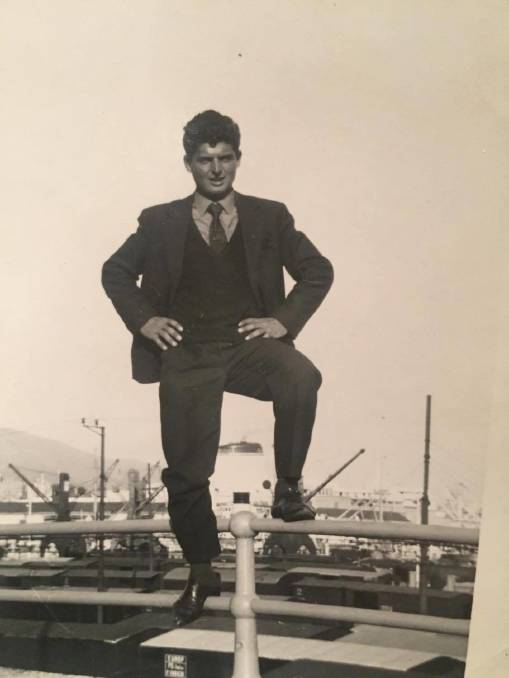 In 1961 Sergio Rorato travelled to Melbourne from Italy with about 10 pounds in his pocket. Photo supplied by Sandra Rorato.

"The previous owner of the property thought that the brothers would fail, and he'd get the property back and get to keep the deposit they'd already paid.

Glenn said Sergio always moved with the markets and at the time onions were a good choice, but there was a lot of variability in fresh produce prices.

"To solve that problem we bought an onion peeling machine, which peeled all the second grade onions," he said.

"That eventually became a better market then the fresh produce, we peeled for a lot of the canneries in Australia."

But, it was tomatoes that soon became Sergio's main passion in farming.

"There was a chance for a tomato contract in 1986, he had never grown tomatoes but it was a vegetable and it was similar machinery so he went ahead and took the contract," Glenn said.

"For the first three or four years, he grew more tomatoes than what he had been contracted and with no other market to sell them to, he had to plough out the excess." 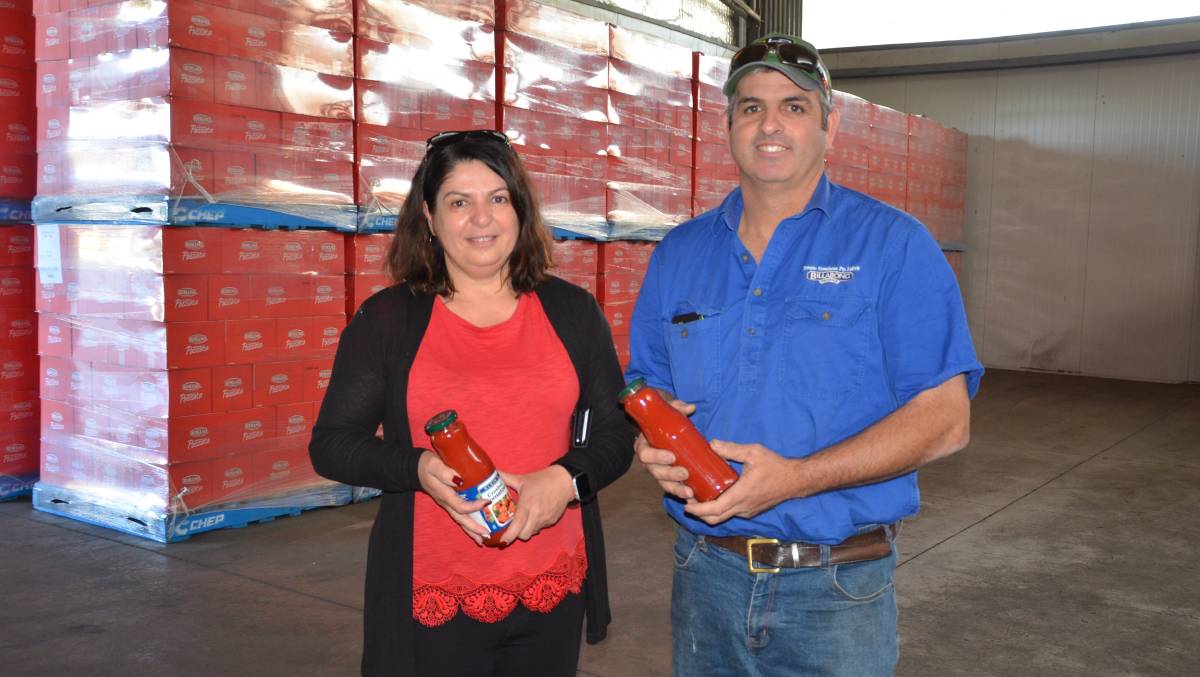 Sandra and Glenn Rorato plan to continue on with their father Sergio's passion for tomatoes. They currently supply both the supermarkets and food service industry with crushed tomatoes and pasta sauce.

However, again the Roratos found that a problem led to a new opportunity.

"Dad eventually went to Italy to look at tomato factories, found some machinery through the contacts who had set him up with the onion peeling machine, and he started processing tomatoes," Glenn said.

Growing and processing tomatoes is still one of the Rorato's core businesses, with around 10,000 tonnes put through their Jerilderie plant each year.

"We supply supermarkets and do a lot for the food service industry," Glenn said.

"In the supermarkets it's a bottle of crushed tomatoes or pasta sauce and in the food service it's the same thing but in a larger, three kilogram tin."

The family has always had pretty big visions and they were never scared to go out and try something new. - Glenn Rorato

However, tomatoes are far from the family's only farming interest, the Rorato's also grow winter crops along with irrigated summer crops, corn and cotton.

"We first grew cotton in 2011 and at the time we were the most southern growers," Glenn said.

He explained they started growing cotton at a block near Narrandera, which they had initially leased in order to shore up their water supply for their contracted tomatoes.

"During the drought in 2006 we had no water here to grow any crops, so we moved up to Narrandera and leased a farm with two bores and took our tomato growing operation up there.

"Once water became available down here again we thought 'well we've still got the water on the Narrandera block' and it was good land so we decided to give cotton a go, Dad was always interested in cotton."

The cotton operation has since moved to Jerilderie and they have grown the fibre crop every year except last season when there was very low water availability.

"The water job's obviously a big issue for us but we hope there's a bright future in agriculture," Glenn said.

"In the last six months with COVID-19, the Australian consumers have very much started looking for Australian product."

Glenn, along with his mum Sylvia, brother Allan, his two sisters Sandra and Carla, as well as their families, plan to do all they can to continue Sergio's larger than life legacy.

"The family has always had pretty big visions and they were never scared to go out and try something new," Glenn said. "We will carry this on and continue to improve as it is a great legacy that Dad has left us".