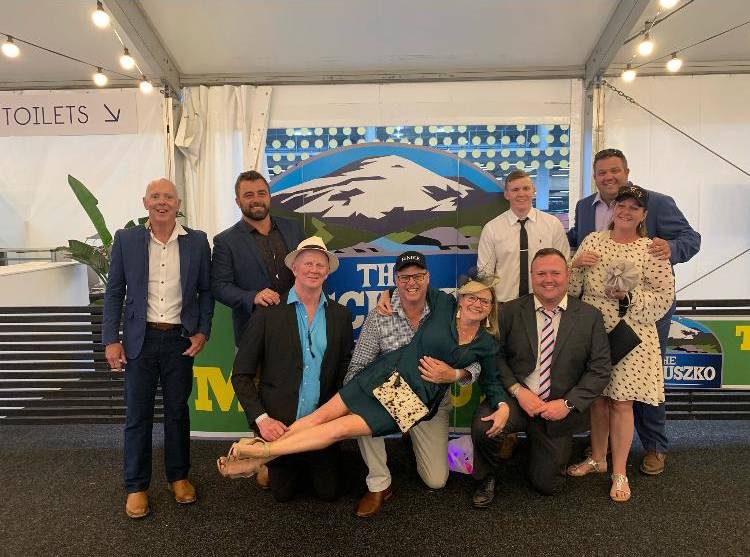 Some of Gulgong's Centennial Hotel punters who made their way to Randwick to see their pick Fender run in the Kosciuszko.

Seventh place for their top pick

It wasn't the grand win the faithful punters from Gulgong's Centennial Hotel were hoping for, but just being part of the richest race for country horses in the world was a victory in itself.

There's even talk some of the members of the Centennial's punters' club that won a slot in The Kosciuszko, were still making their way home this week after the big day at Royal Randwick. 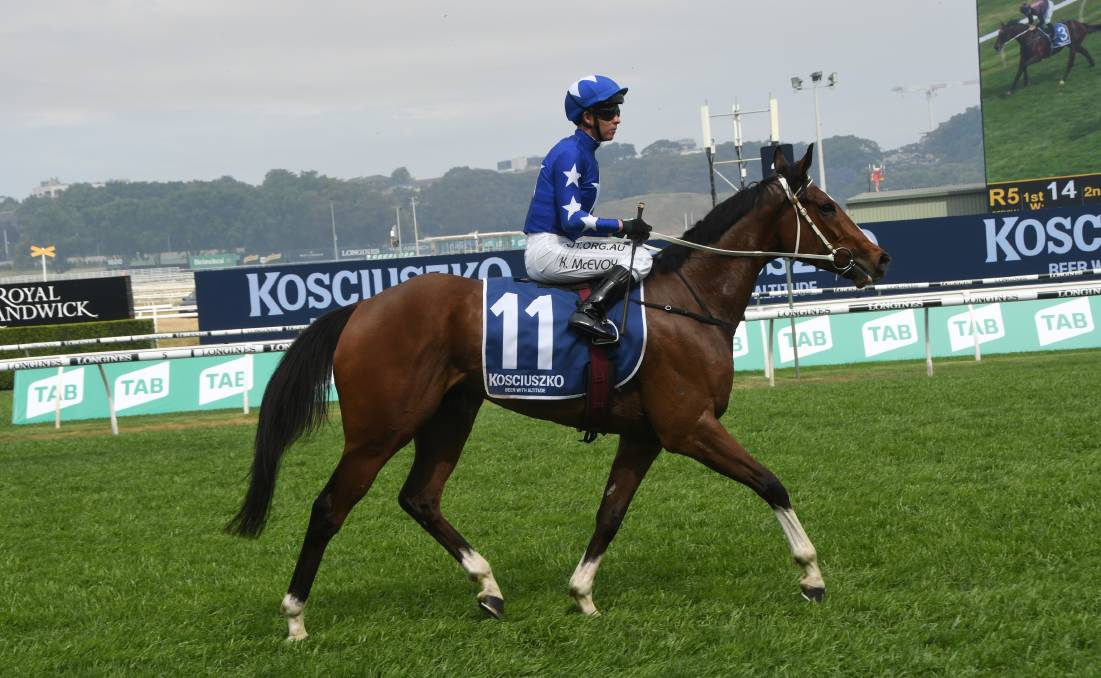 Gulgong syndicate's slot pick Fender returns to scale with Kerrin McEvoy after running seventh in the Kosciuszko at Randwick. Photo by Virginia Harvey.

But for 17 members of the 26 syndicate members who were at Randwick, just being there was enough, to soak up the big Everest atmosphere and with free members' tickets worth nearly $400 - all from a small stake placed at the Centennial's TAB to enter the Kosciuszko draw.

Dunedoo's famous son Hugh Bowman was due to ride Fender but he chose to ride at the Melbourne carnival - but the replacement rider wasn't too bad - three times Melbourne Cup winning jockey Kerrin McEvoy, who later in the Randwick program went on to make it three Everests, winning on Classique Legend.

So what are the boys and gals from Gulgong going to do with their winnings?

"We are going to arrange a big day later in the year and put it on the bar at the Centennial," syndicate member and Gulgong real estate agent Bill Egan said. "If we won a ticket next year we'd put Fender in again," he said.

He said there was no bad blood in town after the syndicate decided not to go with Gulgong's own topliner Kookabaa in the race.

"Everyone's handled that and we see the boys (trainer Brett Thompson's sons) a fair bit, so it's all okay."

Ironically it was another Brett Cavanough horse that won the big race - It's Me.

The Centennial wonders how it might cope with the big day when the syndicate puts its money on the bar. Hopefully by then people in NSW will be legally allowed to stand up to drink.

Sponsored by
A shift from the Uralla to Walcha showgrounds was welcomed by a huge crowd.
Test
Store cattle at NVLX Wodonga sell under determined bidding
Test
Beef benchmarking paints picture of good profit opportunity ahead for those with cattle
Test
Brian Anderson was the winner of the 13th ANZ Agribusiness Crookwell flock ewe competition.
Test
Albury art exhibition to feature at Canberras National Museum
Test
To make the most of the hours you spend maintaining your property, it's important to dress in clothes and footwear that keeps you comfortable and safe.
Test
A global supply squeeze in ammonia phosphate is leaving growers unable to secure winter crop fertilisers.
Test
The Q&A sessions will be hosted by Water NSW.
Test