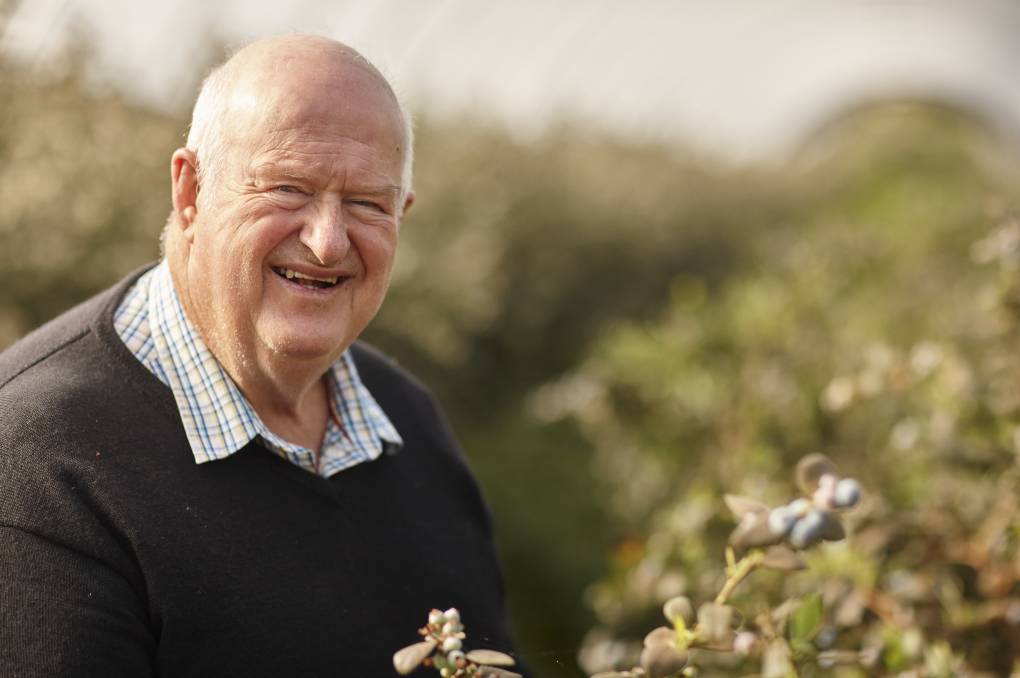 Since 2010, Ridley Bell's Mountain Blue Orchards has grown its footprint from three countries to 24.

How the $10,000 Farmer of the Year prize kick-started the global growth of a berry business.

By becoming the 2010 NSW Farmer of the Year he feels he was also put on the map for other farmers and for the horticulture industry in general.

"The awards opened up whole series of different networks and support," he says.

"If we ever have to lobby something for instance, we can now call someone, as we have a broader, more established network at our fingertips."

Mr Bell said his operation was relatively small when he won the award, and so the prize of $10,000 really helped the company through a tough time and went towards its new research and development program.

"We are also now fully vertically integrated, whereas back then we were just a breeding farm and a nursery. And in 2010 we were producing 60 tonnes of fresh fruit a year on 10 hectares. Now we are on target to deliver 1000t this year on 120ha. At that time we had around 50 staff and now we have 500-600."

"Under Mountain Blue Marketing, we market all of our family fruit and 40 per cent of the total that we market is third-party growers," Mr Bell explains.

"We now also have multiple farms throughout Australia, including one in the Atherton Tablelands, and in Moondarra, Victoria, where we do cold-climate breeding." The company also has a new farm in India.

Last year Mountain Blue was badly affected by drought and then bushfires, but it was lucky enough to not lose any infrastructure or the farm itself.

Mr Bell said he did have to walk away from many fields of blueberries as it was hard to keep staff during the fires, and the business almost ran out of water and so had to choose which crops to save.

But he said "adversity creates opportunity" and among many other changes, losing some of what he had planted meant a chance to get rid of old varieties and try some new ones.

Due to COVID-19 travel restrictions the company also now employs hundreds of locals alongside many Pacific Islanders in need of work.