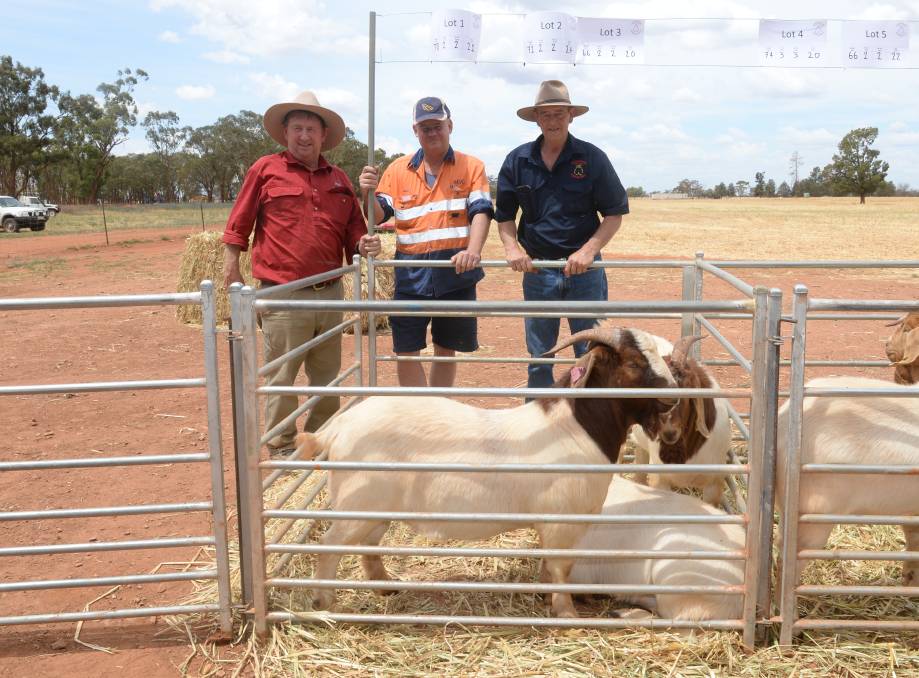 Goat breeders from Bendigo, Victoria to as far north as Cunnamulla, Queensland paid a $2002 average for 21 composite bucks at the inaugural Contender Meat Goat sale.

The stabilised composite commercial seedstock breeding enterprise of Ian and Alison Manwaring and family, Malleevale, Condobolin, the herd, currently kidding 1800 does has been made up from a selection of Australian, Rangeland, South African and USA Myotonics. 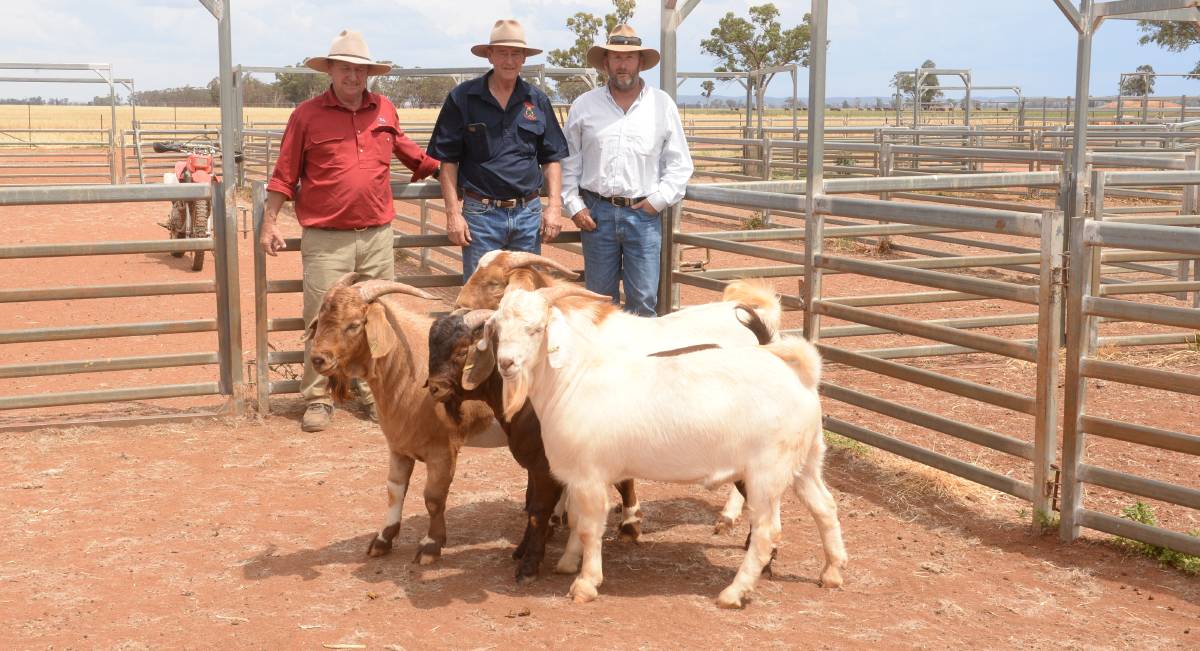 On his second visit to Malleevale, Stuart Griffiths of Emmaville near Glen Innes, purchased four bucks averaging $2025 including the sale-topper at $3000 weighing 71 kilograms with fat measurements of two millimetre and an eye muscle area (EMA) of 24 square centimetres.

Mr Griffiths said he liked what he saw in the sale offering and what the Manwaring family were doing with their breeding program.

He's currently running 600 goats of which 400 are does of first, second and third crosses of Boer and Kalahari types.

"I've been breeding for the past four years and market goats through Ausgoat Pty Ltd, Glen Innes," Mr Griffith said. Ian and Alison Manwaring and their five children with a friend at the Contender Meat Goat buck sale, Malleevale, Condobolin.

Cobar White Dorper sheep and Boer and rangeland goat breeders Andrew and Megan Moseley, Etiwanda, were successful in purchasing four buck but paid an average of $2375 and second-top price at $2900.

The money was paid for a buck weighing 77kg with 2mm fat plus an EMA of 24 sqcm.

"We are looking for extra kilos and these bucks have good meat carrying capacity with good structure," Mr Moseley said. Dave Worsnop, Yarambie, Condobolin, a neighbour of the Manwarings, bought two bucks at $1500 each for his herd of 200 Australian Bush nannies. The Helmsman sale was conducted by Forbes Livestock and Agencies, Forbes, with Tim Mackay in control.