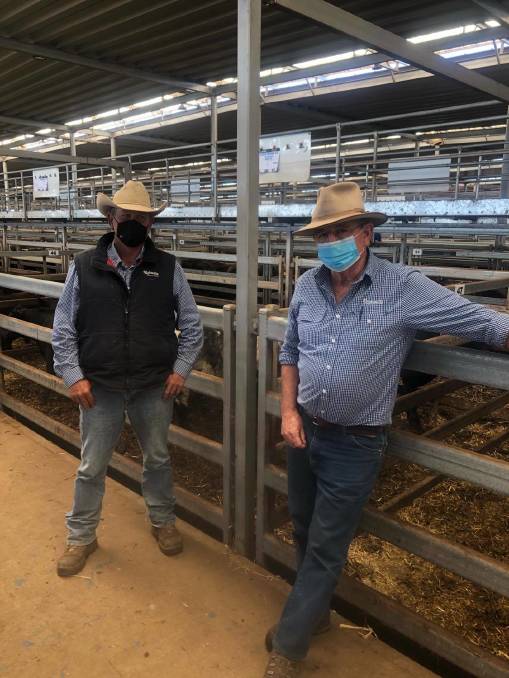 Scott Campbell and Pat Kindellan, Rodwells Wodonga at the sale. There were only 742 cattle in the sale on Thursday. Photo: NVLX

There was a very small offering of 742 cattle at Wodonga's weekly store sale on Thursday, producers still holding on tight to their weaners with abundant feed in the region.

Peter Ruaro of Peter Ruaro Livestock and Property said the numbers were unprecedented for this time of year.

The cattle which were in the draft sold to impressive prices, lighter steers cracking the 600 cents per kilogram milestone once again.

The few cows and calves offered sold to a top of $2720, reached by two pens, including four Angus units offered by Stephen and Fiona Cottrell.

The same vendor also sold a line 13 Hereford heifers, weighing an average 384kg, which made $1600.

The sale was interfaced with StockLive and conducted by Corcoran Parker, Brian Unthank Rural, Schubert Boers and Peter Ruaro.