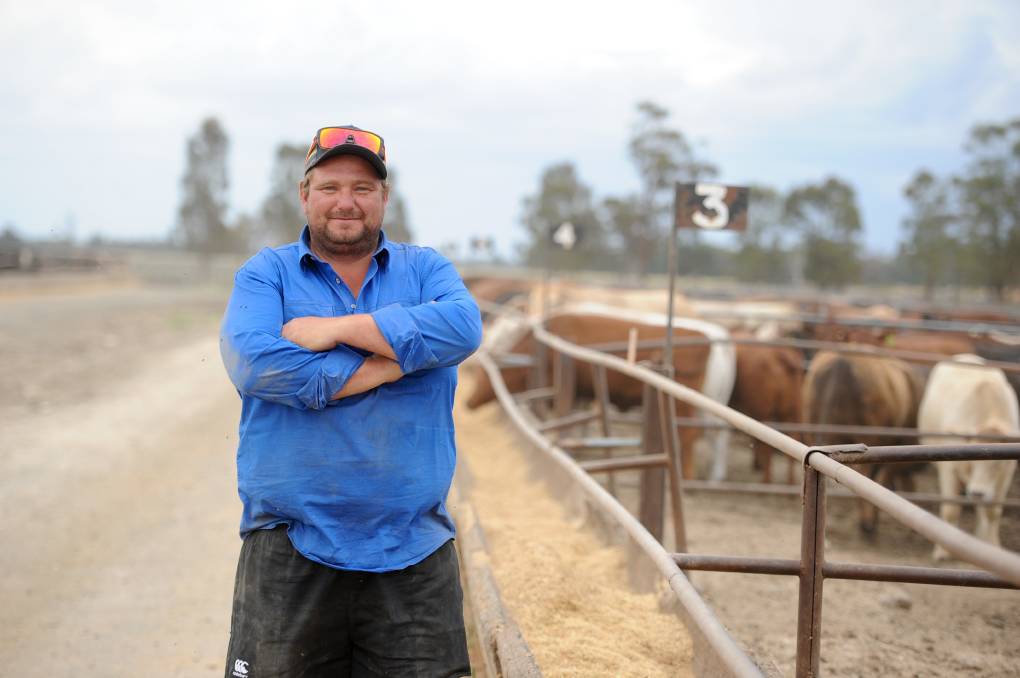 It's not just people in the ag sector throwing their support behind this feedlot.

School teachers and doctors may be the last people you'd expect in the cattle game but they're just some of the players throwing their support behind a growing West Wyalong feedlot.

Three years ago producer Greg Clark, livestock agent Ben Hindmarsh and lot feeder Ben Maher took their mateship to the next level with the lease of a 1000 head accredited feedlot now known as Royal Oak Beef.

While the bones of the feedlot were there, they put in the hard yards to get it back into line and in the first year had plenty of throughput as farmers in the region struggled to find the grass in their own paddocks.

Interestingly the custom feeding business also attracted interest from those outside of the agriculture sector, including school teachers and doctors, with the feedlot servicing far more than the local district. 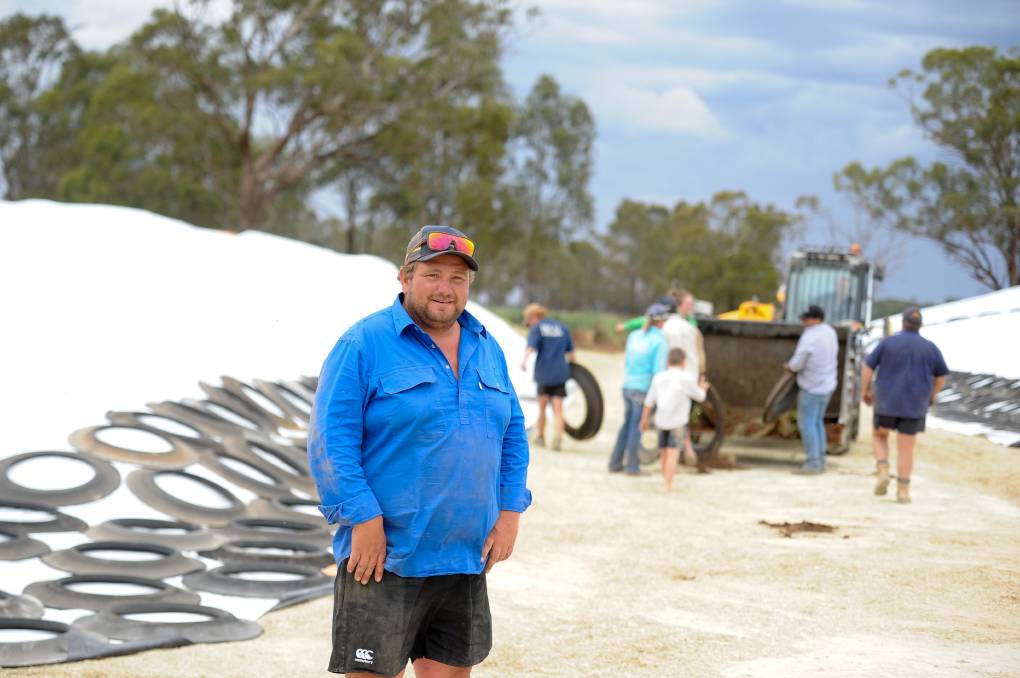 Greg Clark with his team busy covering the silage pad.

All cattle owners are provided with in-depth paperwork at the end of the trade and can even enlist the help of the Royal Oak Beef team to secure desired markets.

"It's people who are interested in the idea, from all walks of life," Mr Clark said.

"We have a newsletter and social media to keep people in the loop. They can come out and see the cattle, watch the cattle being drafted."

But this year has brought plenty of challenges for feedlots as prices for livestock continue to soar to record levels and producers have enough pasture to hold on to their own stock.

By the middle of the year a decision had to be made whether to "sit on the rail and ride it out" or pay for quality.

"We have been very conservative with what we buy," Mr Clark said. 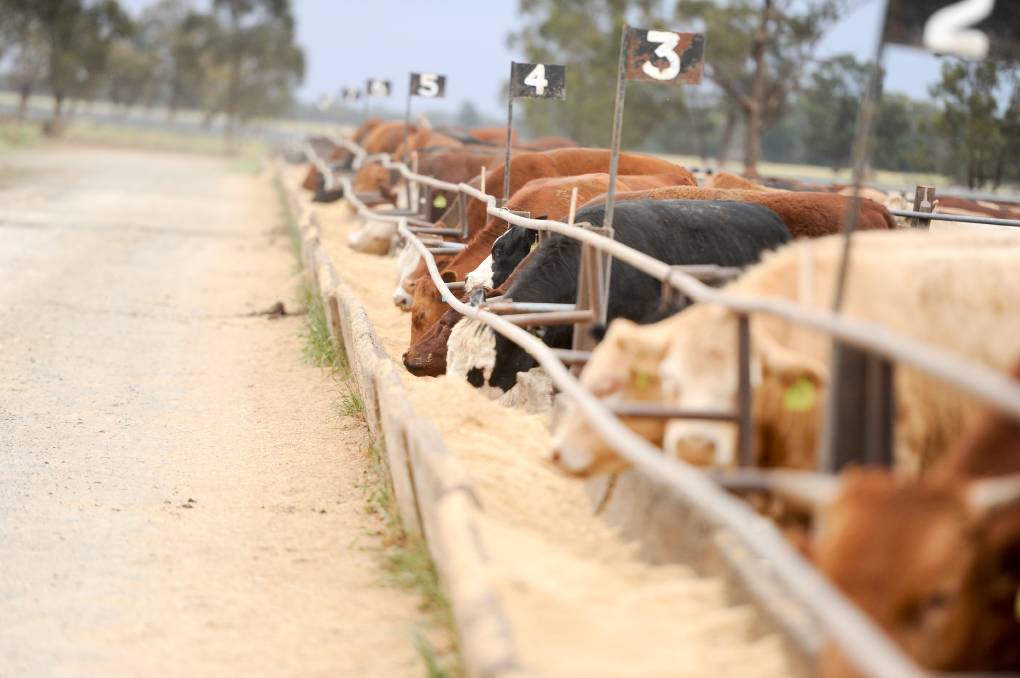 The feedlot is accredited for 1000 head.

The significant rise in price for feeder steers meant they looked for opportunities in other markets, including feeding Holstein cattle for some 200 days and utilising the 1012 hectares of agistment and grazing country.

To assist their margin they opted to broaden their target buy-in market to include lighter cattle which meant backgrounding them for longer.

The scope for sourcing cattle also grew with stock from as far as Bega, Coonamble, Dubbo and Yass calling Royal Oak Beef home.

"There has been a big change this year and backgrounding has become an integral part to make the equation work," Mr Clark said.

"The rise in price of feeders made us think...we had to put our heads together to find a market.

"Now we might background for 50 days and feed for 70 days so we have them for longer." 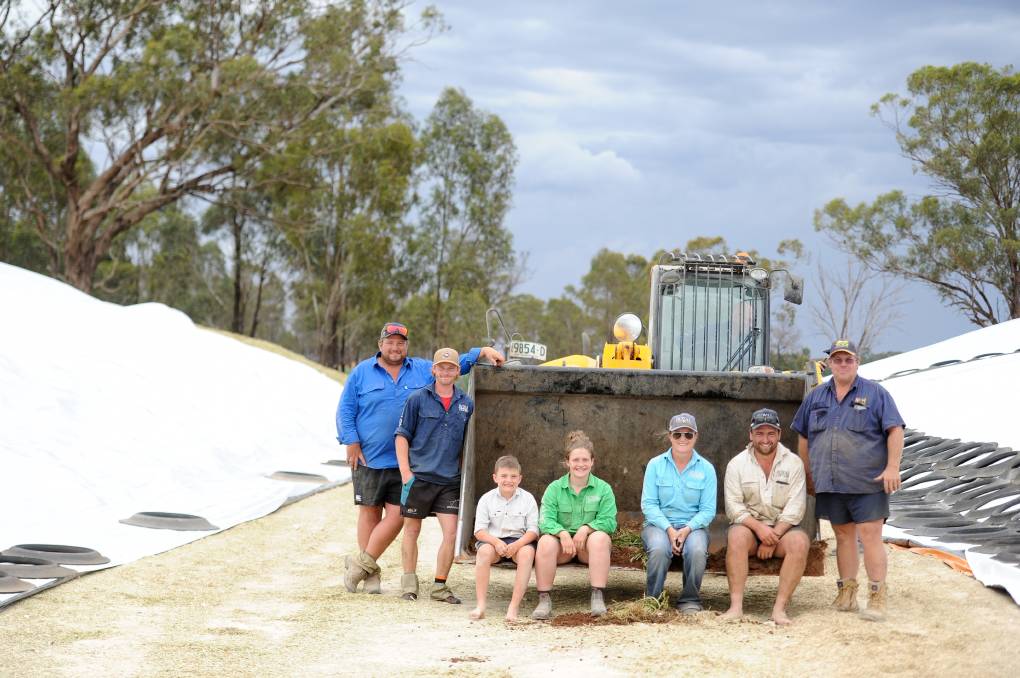 The team at Royal Oak Beef.

Their ration is predominantly a barley base but for the first time 2000 tonnes of high quality cereal silage will be available on two newly constructed pads.

"With silage in the pad and the receding grain price, we are feeling a bit better than six weeks ago," Mr Clark said.

"The crop was magnificent and the silage was a bit better than 10 tonne/acre."

Upgrades to their mill also increased its capacity from 4t/hr to 8t/hr.