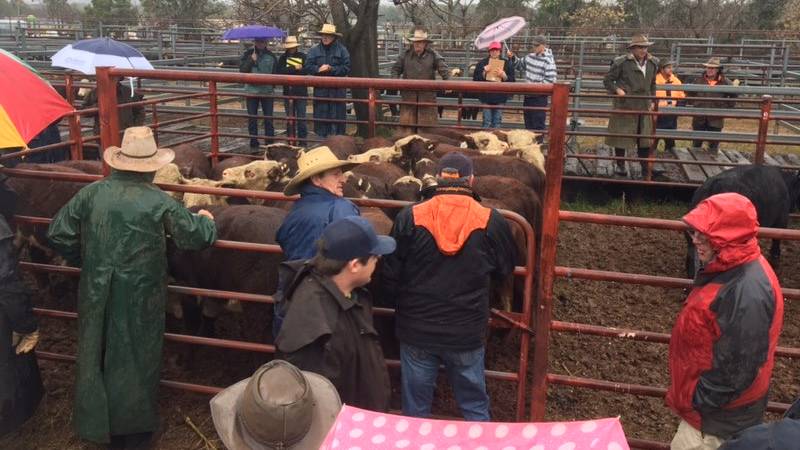 Values were a tad improved for the 400-head offering at Binnaway store cattle sale last Friday on the previous August sale.

STRONG competition between buyers from Dunedoo and locals kept restockers from Coonabarabran, Dubbo and Scone in check among the 400 -head yarding during last Friday's Binnaway store cattle sale. Local agent, Larry Tolmie, said there was a total auction clearance with values comparing favourably, if not a bit stronger than the previous August sale.

"There was a lot of buyer activity from Dunedoo district restockers with good support from locals as well," Mr Tolmie said.

Weaner heifers sold from $950 to $1290 with the top pen being six Angus-cross heifers, seven to eight months, from Ulinda, Binnaway, selling to Jeff Verning, Dinjerra, Binnaway.

Nine Angus yearling steers, eight to 10 months, from Terry and Helen Rayner, Froggy, Coonabarabran, made $1500 each when bought by Corumbene, while eight Santa Gertrudis-cross steers, seven to nine months, from Narradale Partnership, Coonabarabran sold at $1390 each to Mark and Ciney Scifleet, Oak Valley, Binnaway.