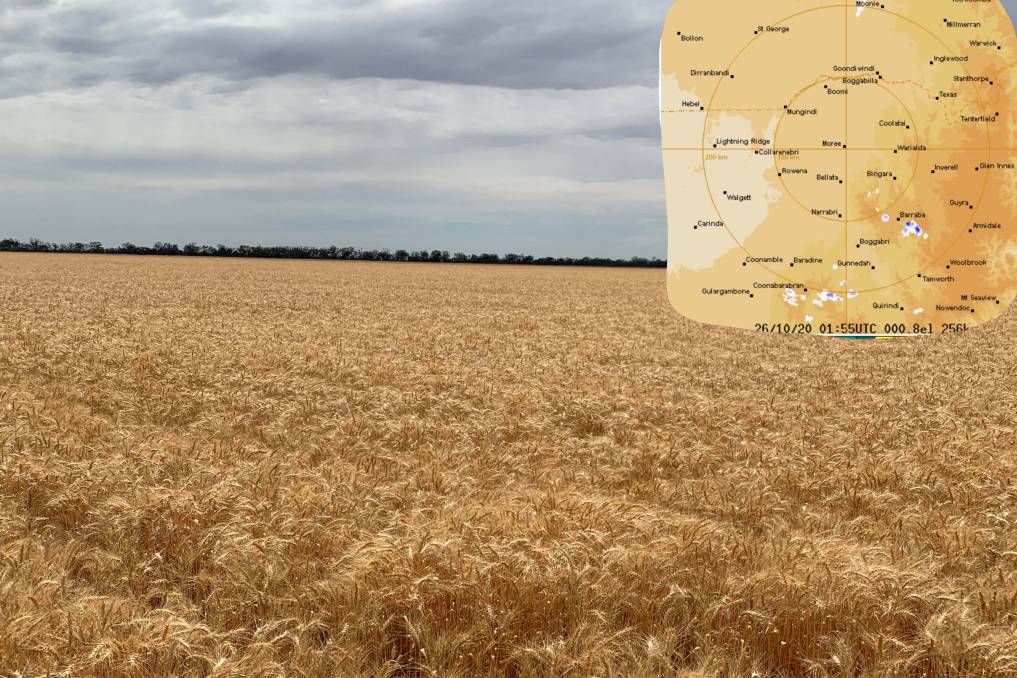 BACK ON TRACK: Farmers will once again be able to track rain systems across the region thanks to the BOM. Photo: Dimity Smith and BOM website

Farmers given a boost by the return of rain radar service.

FARMERS across the North West region will once again have access to up-to-date rainfall data with a return of the district's rain radar.

The Bureau of Meteorology's (BOM) Moree rain radar had been down for several days, leaving farmers to keep an eye on the sky as predicted rainfall came in.

However, a BOM spokesperson told the Leader the service was now back up and running.

"The Moree radar this week experienced a technical fault which has resulted in it being off-line," the spokesperson said.

"The Bureau understands the importance of the radar service to the Moree community, especially primary producers.

"While radars are an important part of our observation network, forecasts and warnings for communities, including those in the Moree region, are developed using the Bureau's composite network of satellite, lightning, upper-air and surface observations, along with numerical weather prediction models."

BOM's repairs to the radar system come as it registered 25.2mm of rain at it's Moree weather station.