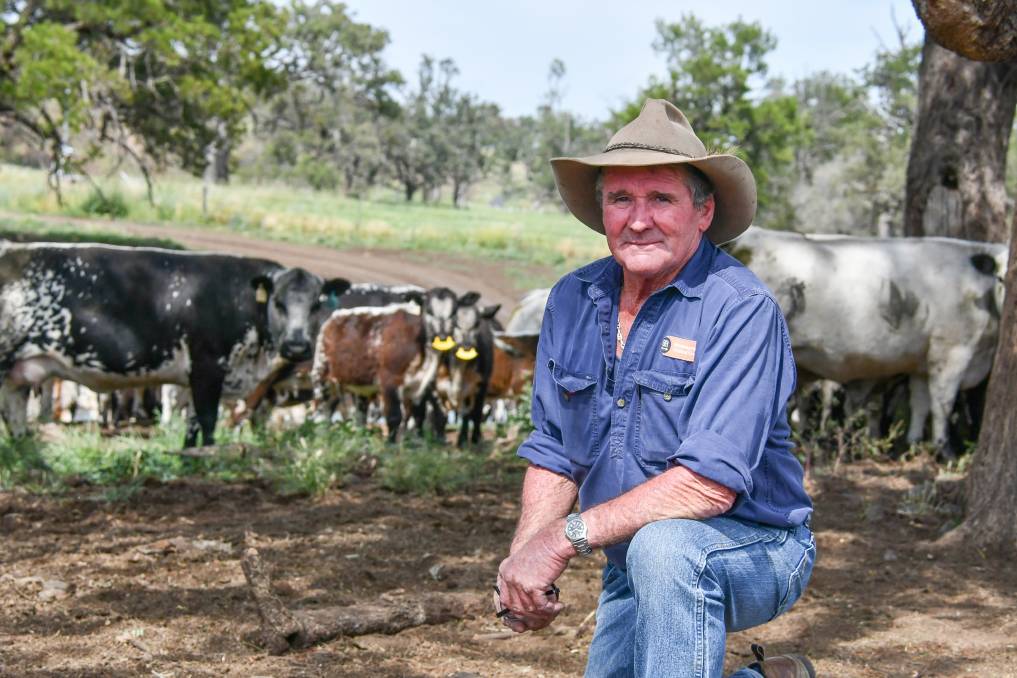 Dennis Power of Minnamurra Pastoral Company at Coolah with cows and calves currently being weaned.

Low stress weaning techniques are in the spotlight at Coolah.

A mob of 90 calves at Minnamurra Pastoral Company are boasting yellow Canadian-made nose rings as part of a trial into the benefits of the low stress weaning technique.

April-born calves at the Coolah-based Speckle Park herd will wear the QuietWean nose flap from JDA Livestock Innovations for about three weeks before being separated from their mothers. 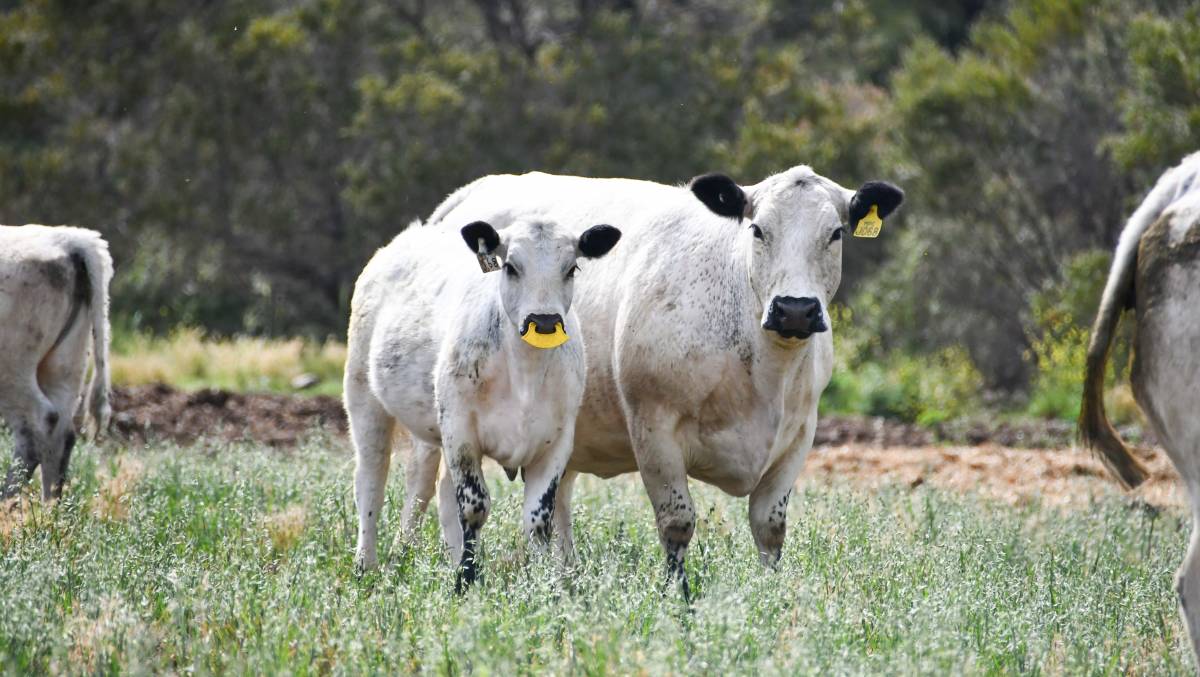 A cow and calf combination.

"Particularly with the season like this, we have got the feed, we have got everything, so I don't think you could get any more low stress in weaning," he said.

"It just seemed like a good thing to do, particularity with our stud cattle, because we haven't got big numbers.

"We are going to calve 270 purebred speckles this year in two joinings, autumn and spring, so we can double up on those flappers." 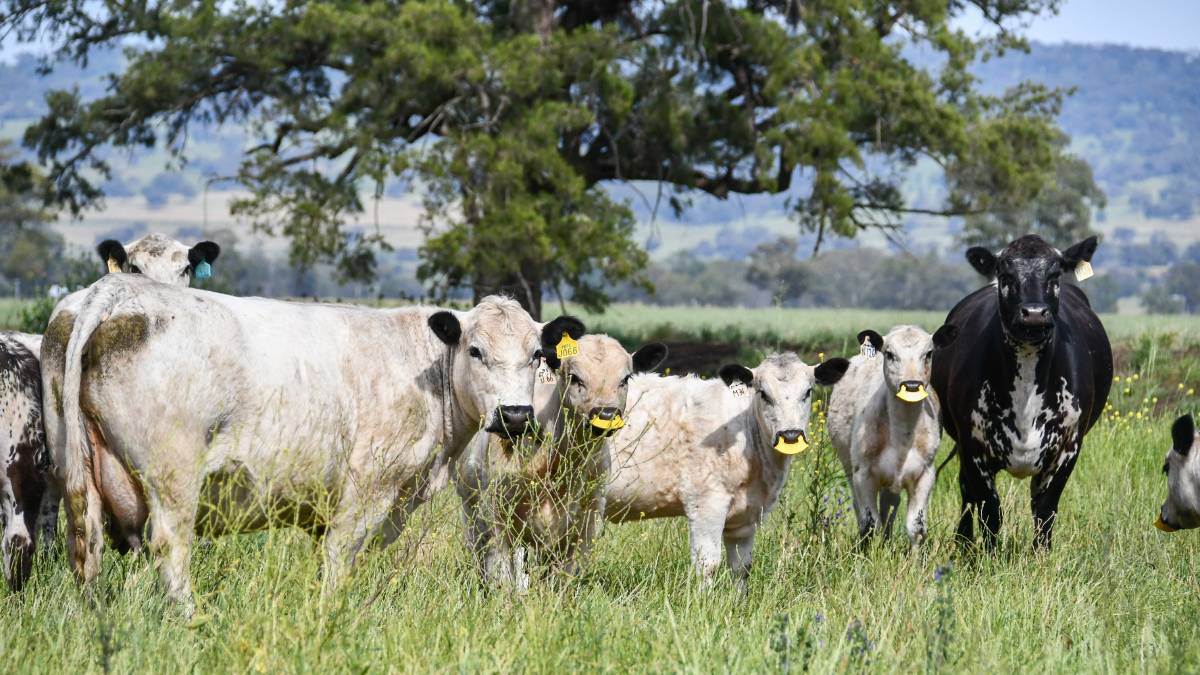 Breeders in Canada also use the technique where the makers of the product believe it can take four to seven days for a calf to wean.

They also state calves wearing the nose flaps spend 25 per cent more time eating and will pace around 24 kilometres less than traditional weaning.

At Mount Mill calves are normally weaned early at 16 to 20 weeks of age. 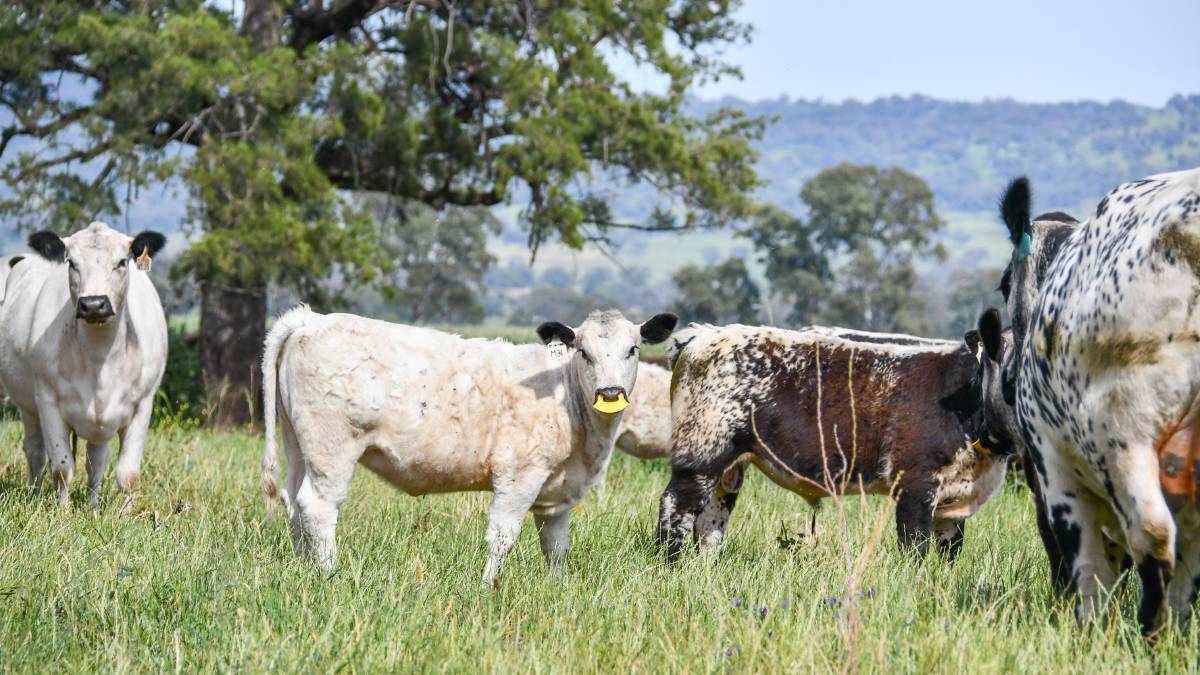 "I know not many stud people do it but I'm a big believer in it and your calves, by the time they are 12 months old, they catch up that's for sure." 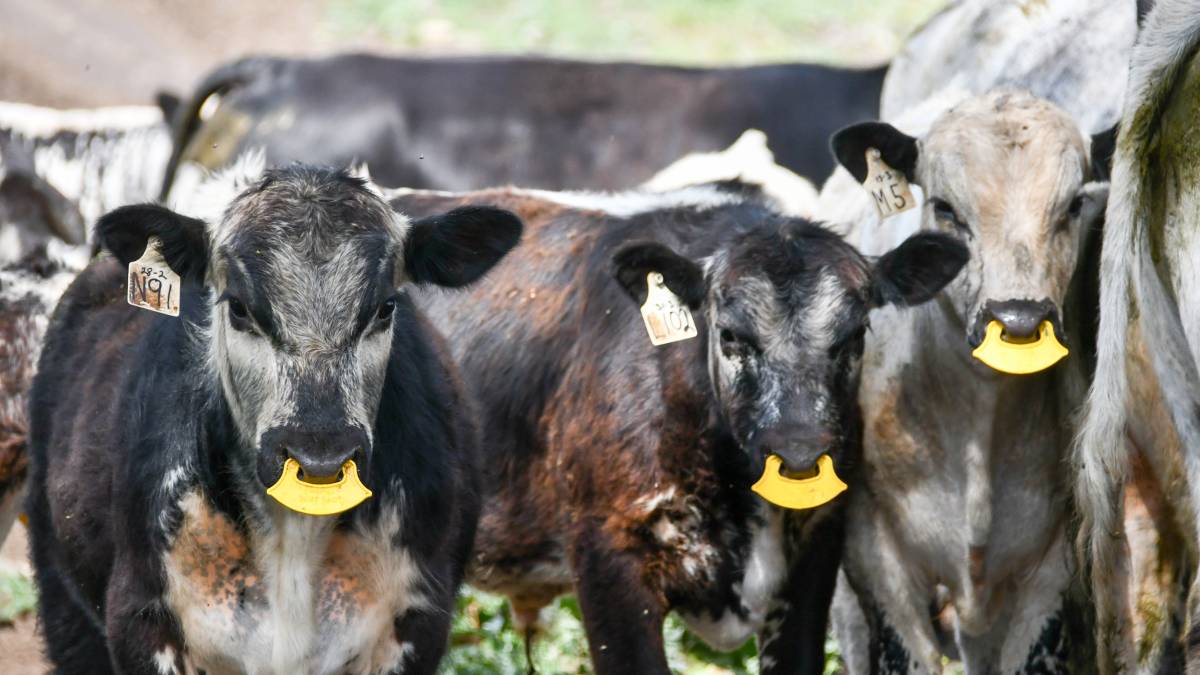 A few days into the trial the cows were already boasting big udders and their was silence in the paddock.

"It's nowhere near the reaction I'd thought it would be, it's been very quiet," Mr Power said.