Farmers in south-eastern NSW are battling an aphid infestation. 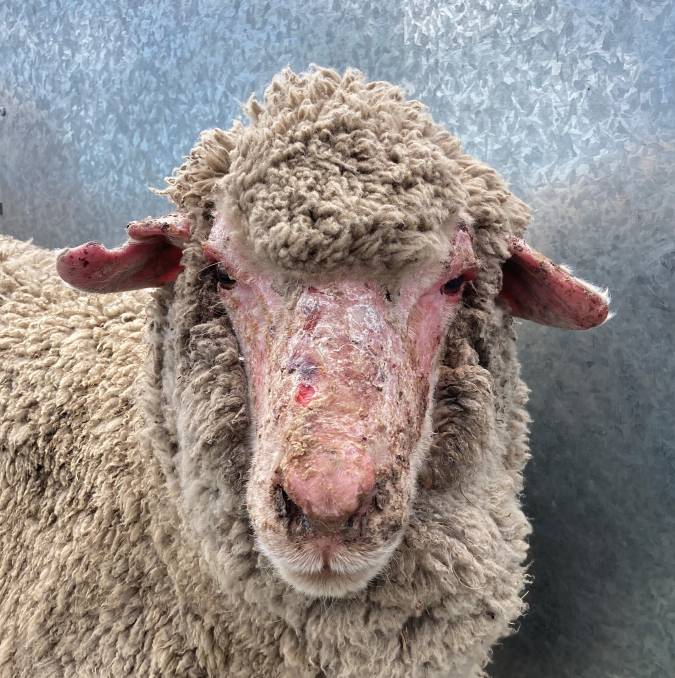 A Cowpea Aphids infestation on lucerne has substantially impacted the grazing plans and raised animal welfare concerns among livestock owners across the NSW south-eastern Monaro region.

Dr Lou Baskind, district veterinarian with Local Land Services, said she is not only concerned by immediate effects of the photosensitisation in the livestock she has been assessing, but also about the long-term health implications.

"While adult sheep start recovering quite quickly once removed from the pasture, a proportion have permanent eye damage and blindness," Dr Baskind said.

"Lambs appear to recover more slowly. Many have poor growth, and some have secondary infections or even permanent disfigurement.

"Some lambs with thin wool coats are affected on the main part of their body, not just the head."

She has recommended land managers remove sheep from cowpea aphid infested lucerne and provide shade and alternative feed wherever possible.

The signs of disease include inflammation of the areas not covered by fleece, particularly the face, but also the udder of lactating ewes.

These areas of inflamed skin progress to thick, crusted lesions of the muzzle, around the eyes and the ears.

"Some sheep are being blinded by the extreme swelling of their eyelids, are unable to eat due to lip lesions or develop mastitis secondary to udder inflammation," Dr Baskind said. 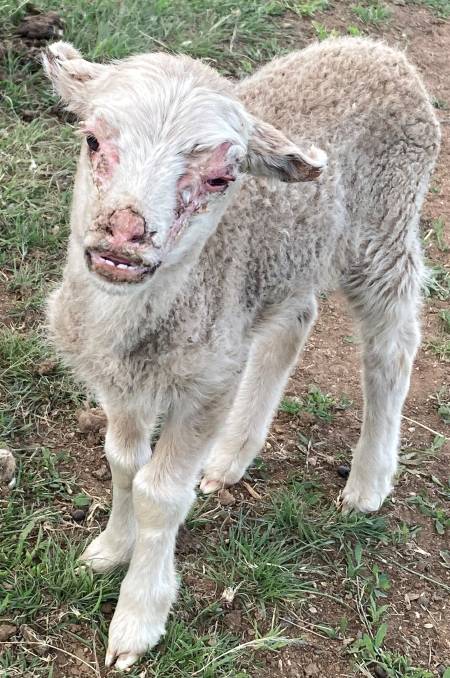 The impacts of photosensitisation on young lambs can be significant and at times fatal. Photo supplied by Jo Powells.

"Their ability to quickly mature from young nymphs to reproductive age within the space of one to two weeks and the protraction of the perfect climatic conditions for their continued reproduction have seen numbers continue to remain high on affected lucerne plants," Ms Powells said.

"We are also some time off reaching the daytime temperatures of 30-35 degrees where aphid activity will be significantly impacted, and numbers will decline".

There have been reports that the populations of natural predators, such as ladybirds, are on the rise in some areas, however many producers don't have the luxury of waiting for these natural predators to make an impact on the infestation, or the alternative sources of feed for their livestock.

"The problems caused by these aphids are multi-faceted," Ms Powells said.

"Firstly, the aphids are severely stressing the lucerne plants they are feeding on and significantly reducing their productivity.

"This additional stress to plants that have already endured drought has resulted in plant death in some situations.

"Secondly, the photo-toxins produced by the aphids are also of serious concern when livestock are involved."

She said producers were relying on their lucerne to produce the high-quality feed needed to sustain ewes and lambs which they have taken great care to bring through the recent drought.

"It's been a significant blow to these producers to finally have a reasonable season with good lucerne growth only to find their livestock grazing these paddocks affected with severe photosensitisation resulting in the mortality of many lambs, substantial facial injuries, breaks in wool and many other effects," she said.

Cowpea Aphid has also been recorded in south-western Victoria earlier this year, and in 2016 it is estimated an outbreak affected 25,000 sheep in South Australia.

Local Land Services said it would like to hear from farmers who were experiencing cowpea aphids in their lucerne not only to manage the outbreak but also measure the long term impact on livestock.