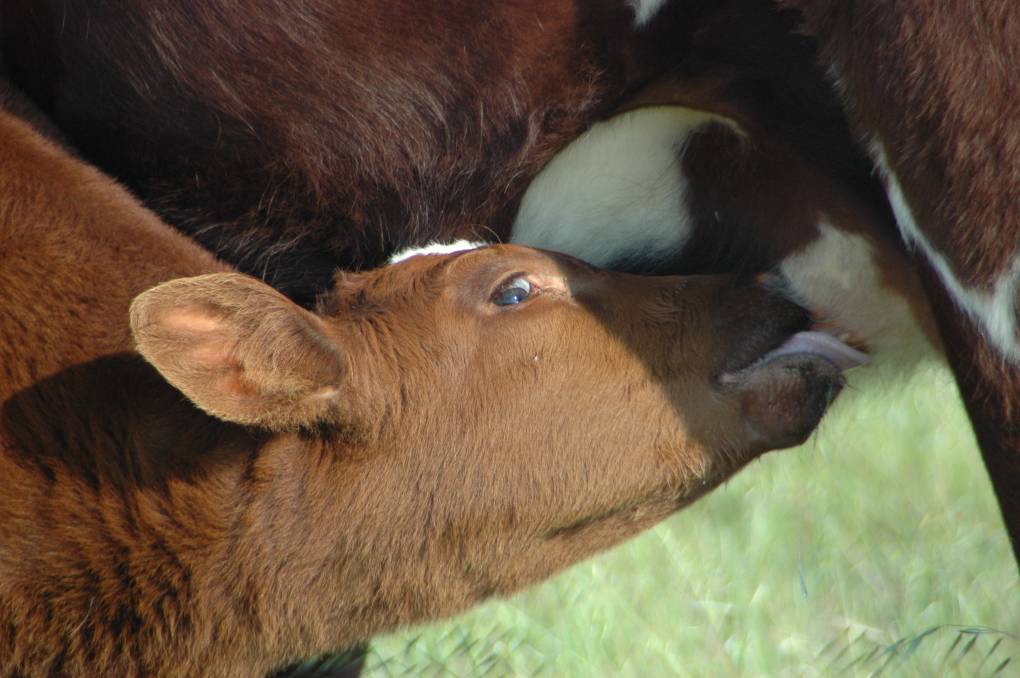 Finding a 'Jenny Craig' paddock is more important than ever this season. Managing nutrition from the second trimester is one way to not blow out calf size. Photo: file photo

With females grazing some of the best feed in years, a secret time bomb has hit some producers across the state when it came time for calving.

From larger birth weights to malpresentations and an increased rate of twins, the highly celebrated turn in the season has left its mark on the 2020 spring calf crop.

With females grazing some of the best feed in years, it created a secret time bomb when it came time for calving.

"Heifers didn't grow as well in drought but they got pregnant alright," he said.

"Then the drought broke in March, and in the second half of pregnancy they have had terrific feed resulting in both the heifer and the calf inside growing.

"Calves have grown more than we like and heifers have become fat, which is hard to avoid when we have such a wonderful break." 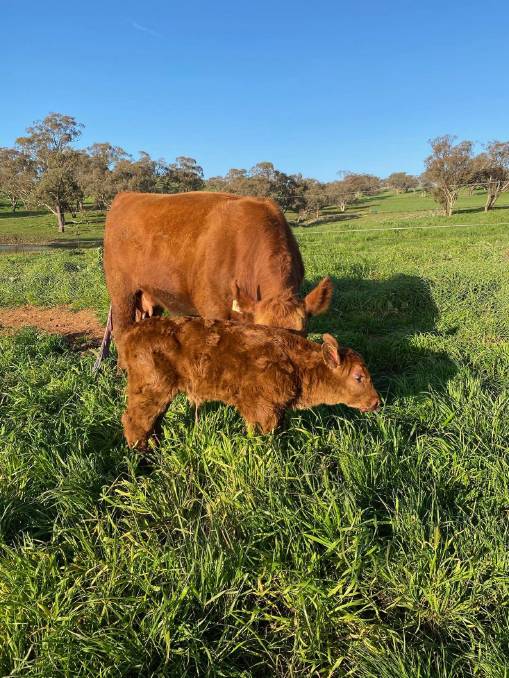 While there is no ideal birth weight range applicable to all beef producers, other factors such as calf shape may influence calving ease. Bigger, heavier calves don't always result in calving problems.

Dr Watt said there has also been normal sized calves but fat, lazy heifers with too much fat in the pelvic region.

"They also are not always bigger than average, some are normal, but if heifers are too fat they will have trouble," he said.

"We also haven't found too many diseases involved, such as Pestivirus or Leptospirosis, which can cause calves to die."

Gunnedah vet Dr Mark Baker said cow numbers in his region were down 40 to 50 per cent due to drought making it difficult to notice any significant change.

He said most calvings had been simple, but what producers do see in better seasons is uterine inertia and low calcium levels which affects parturition, meaning birth is not as explosive or quick as it could be. 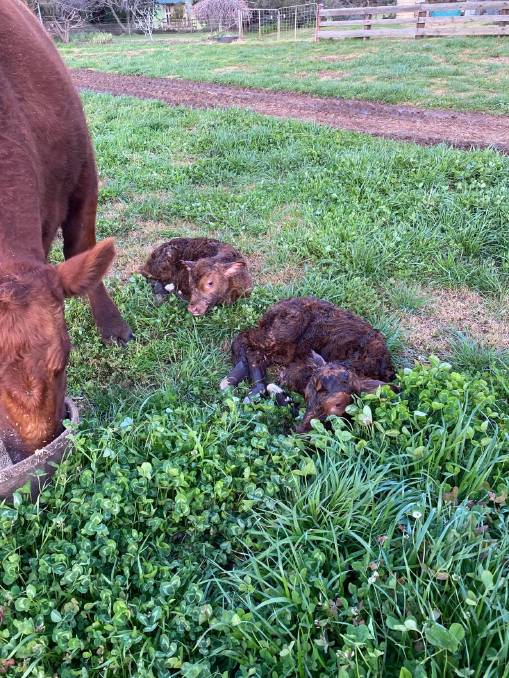 Several producers have noticed a higher incidence of twins born this calving season.

Cattle grazing pastures have been putting on at least one kilogram a day without even thinking about it.

"I sold steers in July at 320kg and kept their smaller mates that were 260kg. Today (Tuesday) when sold they averaged 365kg meaning they put on over 100kg," he said.

In terms of Breedplan data, Southern Beef Technology Services (SBTS) said while trends vary across breeds, in general calving ease has been steadily improving in a number of Australian breeds while birth weight is remaining reasonably stable.

While there is no ideal birth weight range applicable to all beef producers, other factors such as calf shape may influence calving ease.

"It is possible to have long lanky calves which are heavy but are calved easily," a SBTS spokesperson said. 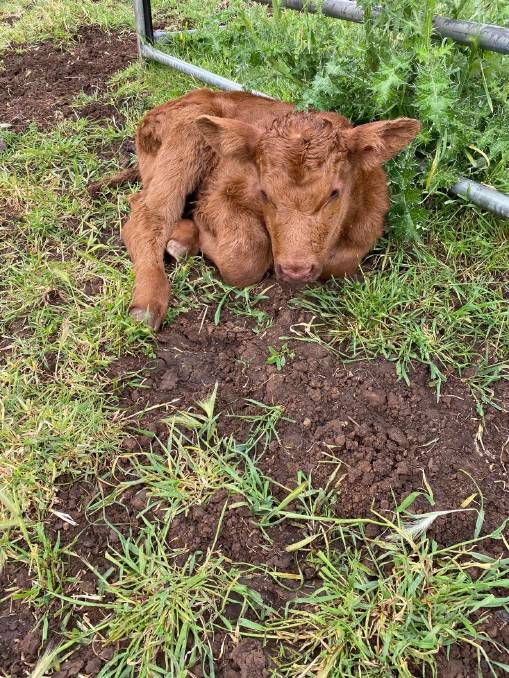 Growing heifers steadily through pregnancy, and ensuring they don't grow too fast at any stage could help with calf size.

"Conversely, you can have light calves which have poor shape and thus difficulty being born."

"All should be recorded with Breedplan to allow beef producers to make the most informative animal selection decisions and avoid calving difficulties," SBTS said.

"Breedplan recommends that birth weights are recorded within 24 hours of the birth of the calf."

Breeches, legs back, head back and other malpresentations have also been noticed among producers, and for should also be submitted by stud producers to Breedplan.

"Malpresentations will not impact upon the birth weight or calving ease EBVs," SBTS said. 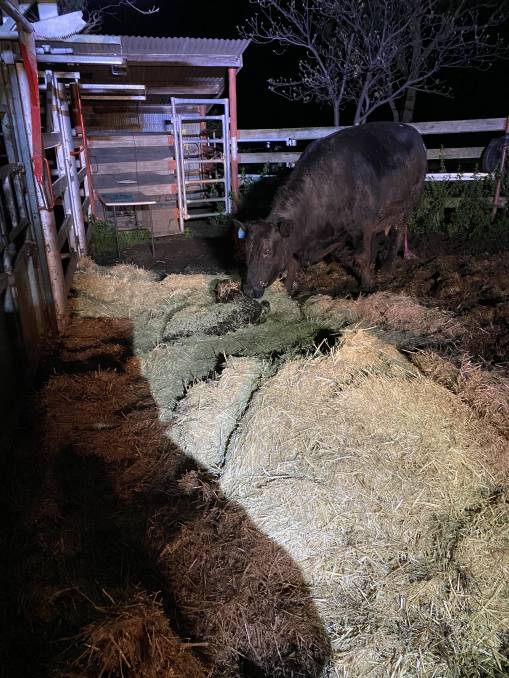 "Malpresentations (such as a breech birth) are considered to be non-genetic in origin, and so the calving difficulty scores for these calves are not used in the Breedplan analysis," SBTS said.

"Malpresentations (such as a breech birth) are considered to be non-genetic in origin, and so the calving difficulty scores for these calves are not used in the Breedplan analysis."

In terms of managing birth weights through nutrition, Dr Watt said monitoring feed intake really starts in the second trimester when the placenta size is set, which has an effect on the blood supply to the foetus.

Growing heifers steadily through pregnancy, and ensuring they don't grow too fast at any stage could help with calf size.

They need to be well grown and exercised.

Finding a 'Jenny Craig' paddock with less feed in it is beneficial, however difficult to locate with favourable seasonal conditions. If concerned about retaining females from this calving crop, Dr Bruce Watt said to take into account the seasonal factors involved and people shouldn't be too hard on their stock. Photo: file photo

If concerned about retaining females from this calving crop, Dr Watt said to take into account the seasonal factors involved and people shouldn't be too hard on their stock.

"As cattle producers, we have to select cattle for many things including calving ease and calving ease of daughters to breed good calving ability into our herds," he said.

"If anything, this is a reminder to always keep an eye on that."

Heavier birth weights will not always equate to higher birth weight estimated breeding values (EBVs), with direct comparisons only occurring within herds and secondary comparisons across herds through the use of common sires.

"Much like the reverse in drought situations (where lighter live weights don't cause lighter Growth EBVs), a heavier average birth weight on farm does not equate to higher birth weight EBVs," SBTS said.

"Breedplan analyses how animals rank in comparison to each other, rather than their absolute values.

"A heavier birth weight average across all calves should not change the relative ranking of those calves to each other.

"However, the use of common sires (for example AI sires) allows Breedplan to make secondary comparisons across herds.

"This means that EBVs can be compared across herds within a single analysis."