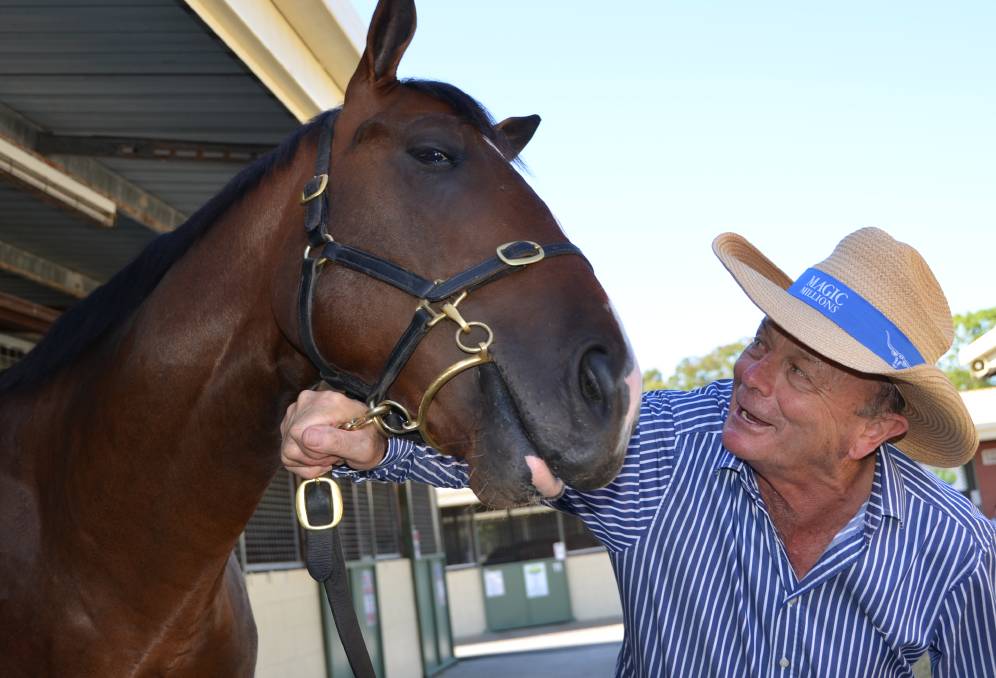 A quick check around the grounds at some of the happenings and what's being talked about in agribusiness.

SunRice director and former Australian Agricultural Company executive Luisa Catanzaro has added a new job to her CV, breaking the mould at retailer Harvey Norman to become its first female non-executive director at the board table.

Chairman, and retail and Thoroughbred industry identity, Gerry Harvey (pictured), admitted he bowed to shareholder pressure, appointing a woman to replace retiring Graham Paton who has been on Harvey Norman's board for 15 years.

Mr Harvey, who owns almost a third of the big furniture, electrical and homeware business, conceded the move was partly aimed at pacifying critics of his company's corporate governance and board structure, although he felt it was not necessarily right to be forced to select female directors.

Importantly, his wife Katie Page, has been chief executive officer at Harvey Norman Holdings since 1999. He said Ms Catanzaro (pictured) had all the right credentials for a non-executive directorship, regardless of whether or not she was a woman.

An accountant, Ms Catanzaro is a past company secretary at farmer-owned Dairy Farmers before it became part of Lion, and at AACo when it floated on the stock market 16 years ago, and more recently was chief financial officer at Lynas Corporation. International stockfeed ingredients business Alltech has announced its support of the second annual Women in Food and Ag survey to collect feedback which will empower the agri-food industry to create a more equitable environment.

Last year's survey results revealed specific barriers for women in agriculture and a gap between female and male perceptions, but reflected an optimistic outlook overall.

The survey is available in six languages and results will be published by Alltech in January.

As 2020 created unprecedented challenges for agriculture, new questions have been added to the survey to gauge potential inequalities exacerbated by COVID-19.

"In order to achieve a Planet of Plenty, it is more important than ever for the agri-food industry to perform at its full potential," said Alltech president Dr Mark Lyons.

Big beverage business Coca-Cola Amatil is the focus of a $12.75 a share takeover bid from its European namesake, Coca-Cola European Partners.

The Australian company, which produces non-alcoholic beverages for Australia, New Zealand, Fiji, Indonesia and Papua New Guinea and has a sizeable alcohol distribution business, was itself recently mooted as a potential bidder for Lion's Dairy and Drinks business. CCA last week reported lower overall trading revenue for the first quarter, but improved performance in alcohol, partly thanks to a strong performance by its Feral Brewing Company range.

CCA is one of five major Coca-Cola bottlers in the world.

The US-based Coca-Cola Company has large stakes in all Coca-Cola bottlers, but each operate separately.

The European Partners group, which operates in 13 countries, is the world's biggest Coke bottler.

The GrainCorp, Woolworths and Forrest family backed seaweed stockfeed business FutureFeed has issued its first licence to a company to develop its methane emission-busting livestock feed.

CH4, founded in South Australia as a commercial seaweed farming venture, but now based in the US, plans to work with Kangaroo Island Shellfish and the Narungga Nation Aboriginal Corporation to develop farms to grow the crop for the Australian and New Zealand cattle feed market.

Three of the seven appointments are existing directors returning for another term.

Through its close partnership with Beyond Blue, $500,000 has been raised since the joint campaign started in 2016.

Zoetis achieved its $100,000 goal by donating $5 from each sale of the company's cattle, sheep, pig, poultry and goat vaccines and drenches.

The funds raised have gone directly to the Beyond Blue Support Service providing free advice, counselling and referrals 24 hours a day, seven days a week.

To date Zoetis' donations mean more than 10,400 people have been able to get the support they need through the Beyond Blue service.