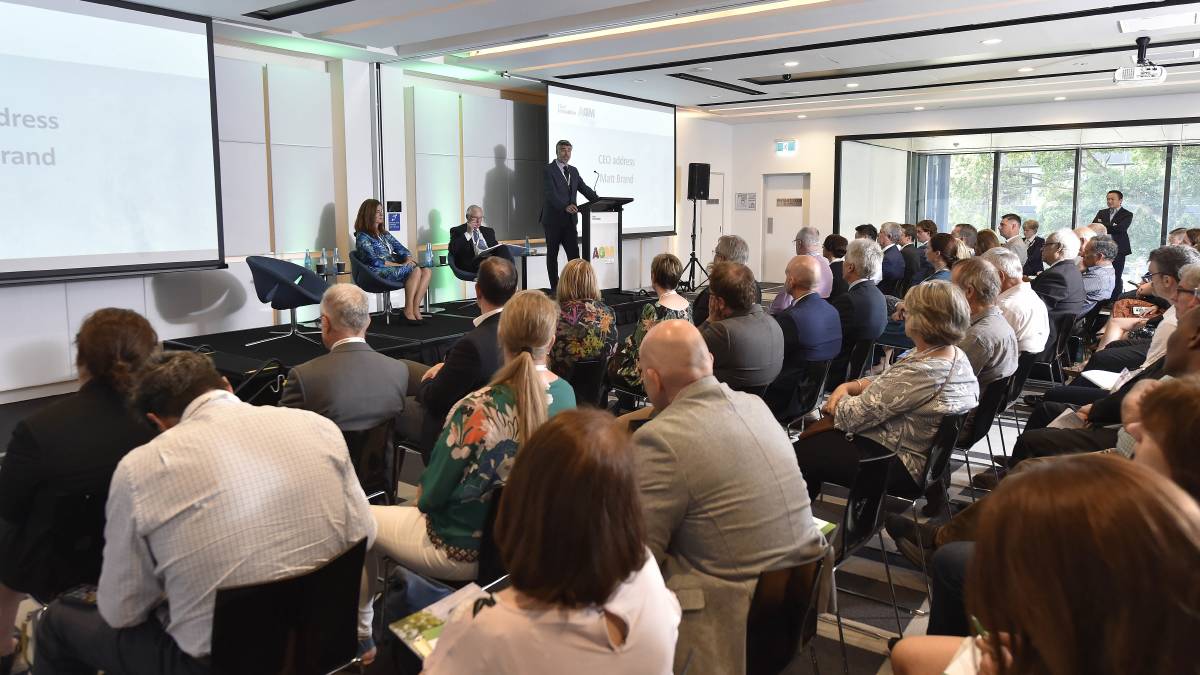 MEETING: Three new directors will be elected to the Hort Innovation board at this year's AGM on November 27.

Hort Innovation has released the candidates for board selection at the 2020 AGM.

FORMER New South Wales agriculture minister, Professor Niall Blair, is one of the nominees for a position on the Hort Innovation board.

Hort Innovation has revealed the candidates for board selection which will take place at the annual general meeting on November 27.

It follows changes made to the way directors are appointed at an extraordinary general meeting held earlier this month.

One of these directors has nominated for re-election - Jenny Margetts.

The pool of six candidates were selected by Hort Innovation's director nomination committee.

JENNY Margetts has worked in the agrifood industry for more than 30 years working with corporate and SME businesses. She has a background in agronomy and R&D management and has worked in the horticulture, cotton, wine and sugar industries. Ms Margetts is a current director of Hort Innovation and has renominated to serve a further term.

FOR more than 20 years after graduating with a bachelor of Horticultural Science, Professor Blair dedicated his career to the horticultural sector in Australia to add value or manage the many risks that it faces. This work continues with his current roles as Professor of Food Sustainability at Charles Sturt University, chairman of Elf Farm Supplies Pty Ltd (mushroom compost) and non-executive director of White Prince Mushrooms Pty Ltd. He served in the NSW Parliament for nine years and was appointmented Minister for Primary Industries.

ANDREW Guthrie has dedicated his career to agriculture and worked for 32 years with Syngenta, one of the world's leading agriculture companies with an ambition to help safely feed the world while taking care of the planet. Mr Guthrie spent 20 years working internationally with assignments in the United Kingdom, Switzerland, Hong Kong, Singapore, Thailand, Japan and China. Horticulture has been a key focus of his throughout his career.

HAVING achieved his Bachelor of Laws Degree from the University of Queensland and fresh from a term as a judge's associate, Anthony Kelly decided on a change of direction and so he embarked headlong into the world of horticulture commencing with exporting, importing, wholesaling in the Carter & Spencer Group. Mr Kelly joined the Brismark Board (Queensland Chamber of Fruit and Vegetable Wholesalers) rising to the role of president. He maintains his long-term membership of the Australian Institute of Company Directors.

MICHAEL Nixon is a West Australian producer based in Carnarvon. He grew up on a broadacre farm with sheep and cattle and coarse grains at New Norcia, WA. Mr Nixon has been involved in several voluntary industry organisations and committees at a national level, for example board member for Ausveg and Australian Banana Growers' Council.

VICTORIA Taylor has more than two decades' experience in agricultural policy, governance and communications. She is an experienced board member and small business owner, whose career has focused on supporting the Australian agricultural sector. She holds a Graduate Certificate in Water Policy and Governance from Charles Sturt University and is a graduate of the Australian Institute of Company Directors. Until October last year, she was executive officer of the National Horticulture Research Network.

The results of the election will be shared during the AGM which is a closed event for members and invited guests.

Results will also be published on Hort Innovation's website.

THE upcoming Hort Innovation AGM will be the first since changes were made to the constitution at an extraordinary general meeting of members, held virtually on October 9 this year.

At the meeting, members voted to change the company's constitution so that all new directors will be elected to the Hort Innovation board by voting members going forward.

This is a change from the previous constitution, which saw the board made up of a mix of directors elected by voting members and appointed by sitting directors.

Under the new constitution, the only time directors can be appointed by the board itself will be to cover casual vacancies of one year or less.

Under the previous constitution, director terms were nine years and the majority of directors were appointed or reappointed by the existing board, rather than via an election of voting members.

Hort Innovation member, Perfection Fresh, made the request to hold the October meeting which was attended by a quorum of voting members of the company, with 92.59 per cent of votes cast being in favour of amending the constitution and 7.41pc of votes cast against the change, with no voters abstaining.

"Hort Innovation plays a key role in the Australian horticulture industry by facilitating research and development investments on behalf of Australia's horticulture producers."

"The 11,000 growers in the industry need investments which are focussed and commercially relevant. It is vital that Hort Innovation is accountable for the investment decisions made with grower levies and taxpayer funds."