AUSSIE mushrooms were given a boost this month with National Mushroom Day.

Marked on October 15, the day provided a chance to highlight mushrooms in the media spotlight.

The aim of the day was to show off recipe options and health benefits of the fungi.

One of the main focuses of this year's National Mushroom Day was promoting mushrooms' ability to produce Vitamin D.

This vitamin is known to assist the absorption of calcium, which is needed for bones and teeth development.

According to the Australian Mushroom Growers Association (AMGA), one in four Australians are reported to be Vitamin D deficient.

To help spread the message and share some mushroom recipes, the AMGA commissioned Dr Flavia Fayet-Moore from Nutrition Research Australia, to appear on Studio 10, alongside chef Matt Donovan.

She took the opportunity to explain the process of how just three mushrooms a day can provide 100 per cent of daily vitamin D needs. 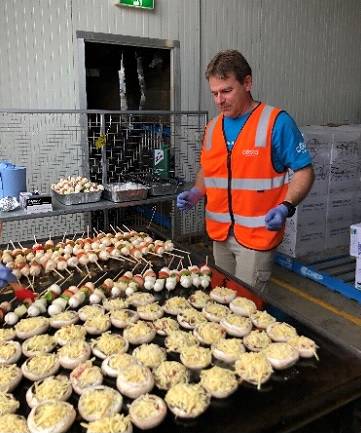 Put simply, taking store-bought mushrooms and placing them in the sun for just 15 minutes, will see the product convert vitamin D in a similar process as human skin.

"Being fungi, makes them unique because they have the nutrients and antioxidants you'd expect from a vegetable but they also have those that are typically found in whole grains, nuts or animal foods like fish or eggs," Dr Fayet-Moore said.

Australian Mushrooms gave participants the opportunity to win a Weber Q by sharing a picture of their mushroom dish, either home cooked or at a restaurant and sharing the hashtag #NationalMushroomDay. 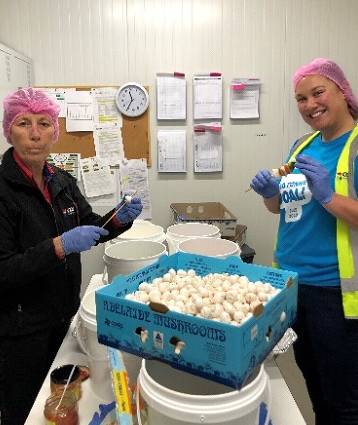 Over an hour long live social media broadcast, the pair each cooked a a mushroom dish.

Mushroom Growers around the country joined the celebrations by taking the opportunity show their staff appreciation for all their hard work, by hosting mushroom day barbecues.