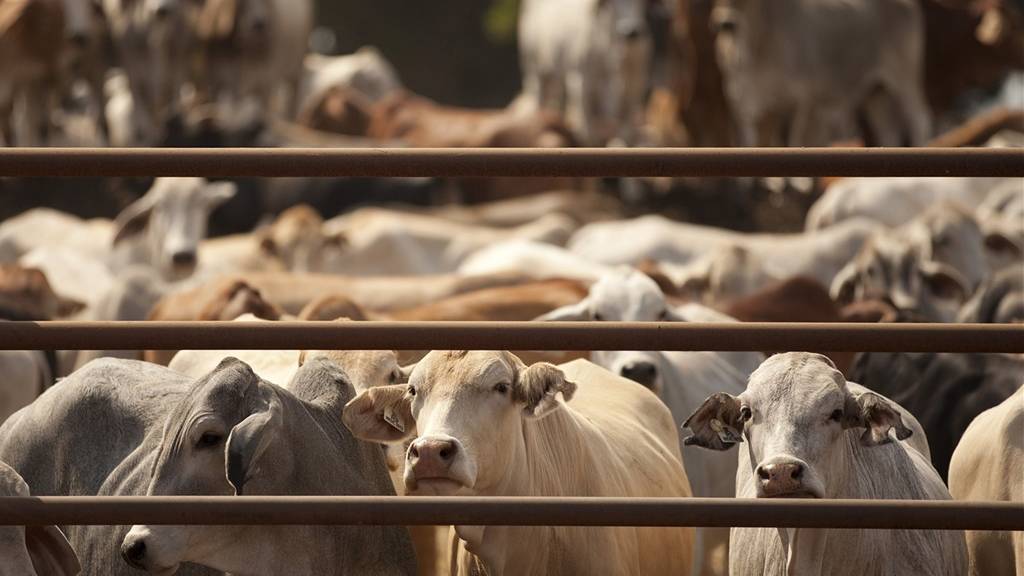 Minister steps in, next week's voyages to remain at same stocking rates

AGRICULTURE Minister David Littleproud has stepped in at the last minute to allow live cattle exporters to continue to operate under existing stocking densities for at least the next six months.

Reduced densities, which the industry estimated would have meant up to 130,000 less head going into South East Asian markets each year, were due to come into effect from November 1.

However, the Export Advisory Notice issued by the Department of Agriculture this week means all exporters can access an 'alternative minimum pen space' allocation until next May.

After that, those who can show a 12-month rolling average 0.1 per cent mortalities or better on voyages will retain access while others will revert to the planned reduced rates.

It's the 'carrot' incentive-based system that exporters have been pushing for and the move has been welcomed across the supply chain.

Industry estimates had put the cost of the reduced stocking densities at $50 a head, or $40 million, to cattle supply chains in northern Australia.

They were part of changes to come from a review of the Australian Standards for the Export of Livestock regulations, known as ASEL 3.0.

The stocking density reductions were particularly controversial, largely due to limited scientific work supporting animal welfare improvements from the move, and cattle suppliers and live exporters had been lobbying hard for them to be canned in light of pandemic food security issues.

Peak industry group the Australian Livestock Exporters Council said the changes announced this week would not be to the detriment of animal welfare given they had already been delayed for 12 months and exporter performance had not declined in their absence.

Cattle producers now have an additional level of assurance under ASEL 3.0 in the knowledge the regulatory system rewards those who perform, ensuring the animal welfare is of the highest priority, ALEC said.

The RSPCA, however, says the changes were modest and it was disappointing the minister acted in the eleventh hour to block them.

"All we're talking about is giving cattle a little bit of additional space to allow them to lie down and better access food and water troughs on these voyages, which can sometimes take weeks and weeks," senior policy officer Dr Jed Goodfellow said.

The advisory notice says the amendment avoids the need for consignment-by-consignment approvals.

It had been revealed in the latest senate estimate hearings, held in Canberra this month, that exporters had been required to seek approval for up to 80 pieces of documentation for each market they ship to from November under the new regulations.

Concerns were raised around the possibility ships might not be able to sail in the next few weeks due to red tape hold-ups in Australia.

ALSO FROM SENATES:Beef grilled on options other than China

Speaking in front of the the Rural and Regional Affairs and Transport Legislation committee, the Department of Agriculture's first assistant secretary plant and live animal exports Dr Melissa McEwen said the process had taken a bit longer than hoped, with documents going back and forth between the Department and exporters.

She explained the Department was prioritising - looking first at consignments planned for November.

The Department's deputy secretary David Hazelhurst reiterated 'no one will be held up - no exporter will suffer a delay' but the latest amendment has certainly eased the minds of exporters.

Nationals Senator for Victoria Bridget McKenzie said exporters had reported still not having approvals despite the necessary documentation being with the Department since August.

Dr McEwen: "In many cases the documentation was incomplete, not addressing all the standards that needed to be addressed.

"We could have just refused that documentation but instead we took a process of supporting exporters to be compliant. Unfortunately that has taken longer than expected." 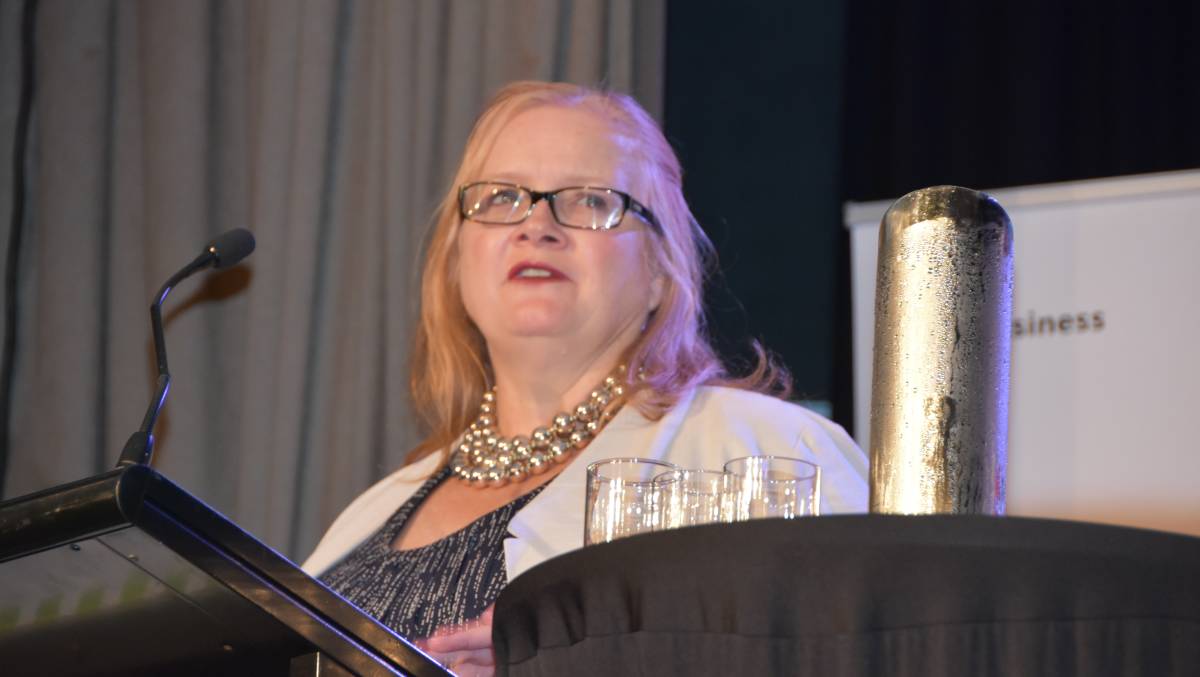 International work on stocking densities in short haul transport, and also in areas such as feedlotting, was considered, she said.

The 'broad scientific consensus' was that a stocking density of .03 was reasonable for longer haul voyages, she said.

That led Senator McKenzie to conclude the science behind the decision was 'not fit for purpose for our industry, our place in the world, our markets.'

She next asked whether there had been any welfare incidents on voyages to South East Asia that justified reduced stocking densities, given the new regulations would equate to as many as 130,000 less cattle going to those markets according to industry estimates.

Dr McEwen said there had been reportable mortalities - two to Vietnam over the past year.

Overall, the Department did recognise voyages to South East Asia were lower risk in terms of animal welfare and that was the reason the recommendation was made for an alternative for exporters who could show good performance over 12 months, she said.

Outside of the hearings, the RSPCA's Dr Goodfellow said arguments against reducing stocking densities did not stack up.

"For the industry and government to claim the science is not settled on this is disingenuous because it is very clear," he said.

"Reducing stocking densities is one simple and tangible step that can improve animal welfare outcomes on these voyages.

"And it's frankly bewildering to see the live exporters still doggedly focused on mortality rates, and not considering the welfare of animals that are alive - something we know Australians are very concerned about."

THE 'information gaps' in the area of stocking densities and animal welfare outcomes, particularly on short haul voyages, was identified by research and development corporation LiveCorp in its submission to those charged with making recommendations for regulatory changes.

Mr Brown explained to senators that LiveCorp's contribution to the review was around technical issues, with areas on policy judgements left to peak industry councils.

How animals behave under various stocking densities was mutli-faceted, he said.

Long-term research looking at stocking densities, ammonia and bedding on voyages was indeed underway via a LiveCorp/University of New England study, but at the moment 'we believe there are knowledge gaps,' Mr Brown said.

In an overview at the start of his appearance at the hearings, LiveCorp chair Troy Setter said adjustments and changes arising from COVID-19 had not been without challenge for the cattle exporting community.

They included the need to navigate travel restrictions and biosecurity arrangements for key personnel in an industry built around managing complex logistics.

He said LiveCorp remained conscious of the mental health and wellbeing of veterinarians and stockhands, some of whom have spent many months at sea.

"It has also been a challenging time for exporters who haven't seen their customers for over nine months," he said.

LiveCorp was working on a new strategic plan with the vision to lead the world in the health and welfare of livestock exports by 2025.

"While we are already world-leading in these respects we can't rest," Mr Setter said.

"We know community expectations are always evolving, technology continues to improve and our competitors don't stand still," he said.

ALSO IN BEEF: Where to here for red hot cattle market?