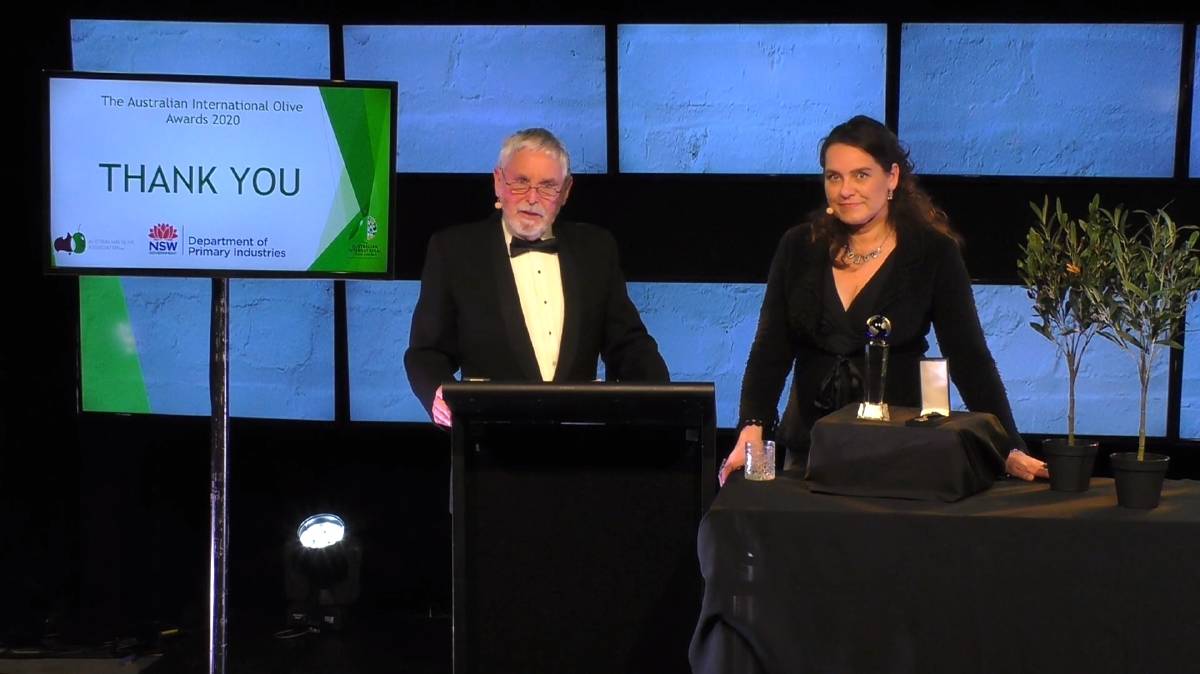 AN extra virgin olive oil from Victoria's Cape Schank Olive Estate has blitzed a path through the medals at the 2020 Australian International Olive Awards.

With COVID restrictions preventing growers and processors from gathering for an in-person event, the Australian Olive Association announced the winners via a virtual gala presentation on October 16.

This was a drop of only 7.7 per cent on last year's figures.

Competition chief steward, Trudie Michels, said this year's competition saw an even greater emphasis on the global status of the competition, with judging panels across Australia joined in their contemplations by international panels in Spain, Italy, New Zealand, Tunisia and China.

"All up we had more than 40 judges who gave their time and expertise to be a part of this year's competition," she said.

The Flinders Island Olives Season's Blend EVOO added another gold medal for the 1100-tree producer, which is the only commercial grove on Flinders Island.

Ms Michels said that, considering 2020's COVID-19, bushfire and drought challenges, the level of local entries is also testament to the both the value of the competition and the determination of Australian growers.

"It is fulfilling to see the industry producing truly world class oils - and to see the growing international interest in the Australian industry and our quality olive products."