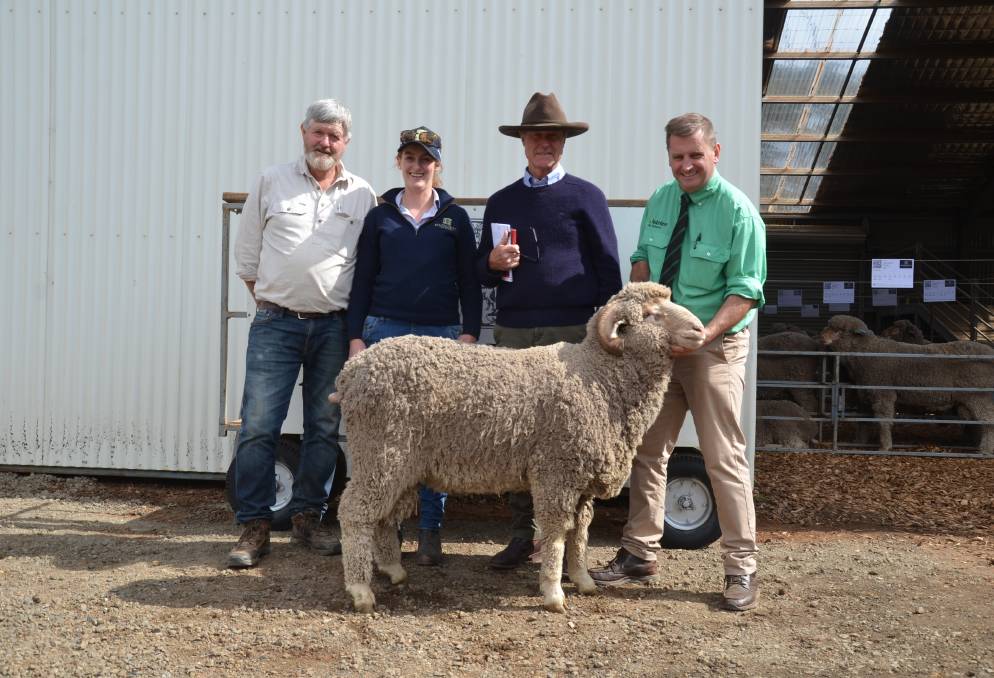 The Cooma based stud saw interest from all over Australia.

Interest from across Australia drove prices to a $7750 high at Hazeldean Merinos 2020 Monaro Ram Sale in Cooma on Thursday.

It was long-time client, Brian Anderson of Binda who beat the competition to take home the top-priced ram.

Mr Anderson said he had been attending the Hazeldean ram sale since he was 13-years-old.

"I think I've been buying from them for almost 55 years," Mr Anderson said. 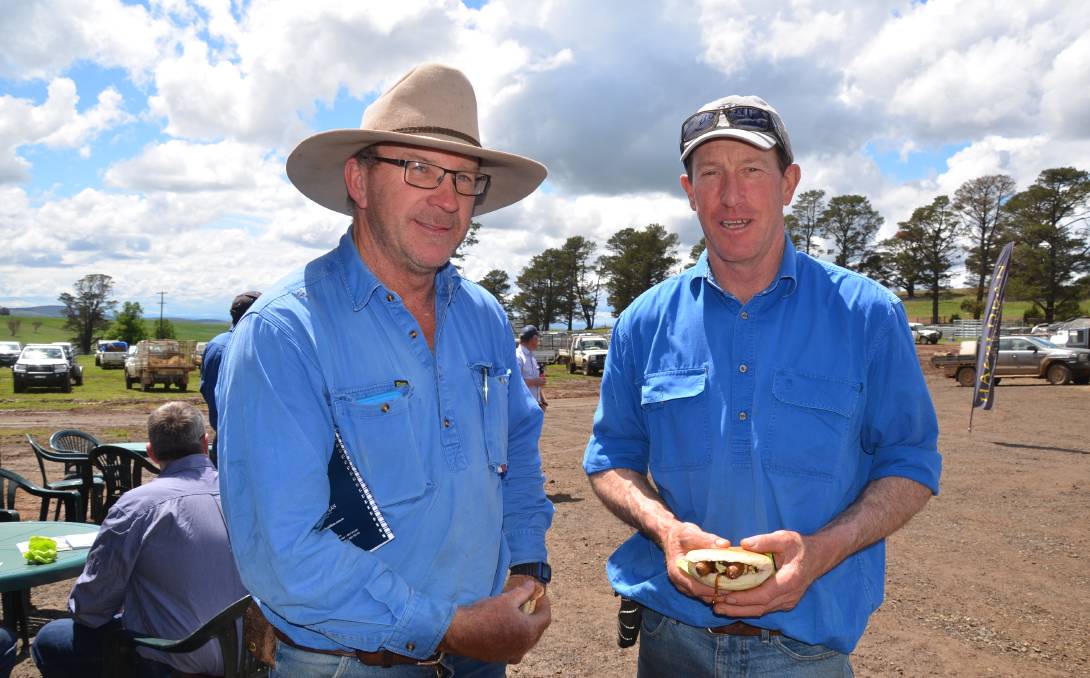 Hazeldean's Bea Bradley Litchfield said the sire had been a potent ram for the stud over the last three to four years.

"He stamps his progeny really well, has really good structure and is consistent in the wool and constitution," Ms Bradley Litchfield said.

"It's not surprising that one of his sons was the sale-topper."

Along with his agent Rick Power, Nutrien, Mr Anderson said they were chasing rams with a Nerstane background, good structure and high quality wool.

"It's even better when the ASBVs match our opinion," Mr Power said.

The ram was one of six Mr Anderson bought in the sale.

Three rams went under the hammer for $7000, the first of which was purchased by the Maclure Family Trust, Tarcutta.

Glenbernie Pastoral Company, Berridale also came home with a $7000 ram, as did the Dawes family from Yealering, Western Australia, with Craig Wilson bidding for them on the day.

Mr Wilson also bid on behalf of Goorama Pty Ltd, Galong who purchased seven rams in total including one for $6500 and two for $6000.

The volume buyers of the day were G Irving and Co from Tramore, Woodside, Victoria and DH Hill and Co, Springvale, Cootamundra, each purchasing 15 rams at auction.

Not far behind was South Australians Water Valley P/L from Naracoorte and locals Coolringdon Pastoral of Cooma, both the successful bidders on 12 lots.

The sale was conducted by Nutrien Cooma with Tim Woodham and Hamish McGeoch as auctioneers.