Rams sold to a top of $9500 at the Rayner family's combined Grathlyn Merino and Lynford Poll Merino ram sales on Thursday.

A bidding dual at $500 bids between two Poll Merino studs for a 19.8 micron poll ram was the highlight of the annual Grathlyn Merino and Lynford Poll Merino studs' ram sale at Hargraves near Mudgee today.

The son of the Hay Show Australian hogget of the year in 2016 from White River Poll Merino stud, Minnipa, South Australia, was finally knocked down at $9500 to Graham and Susan Coddington for their Coddington Uardry Poll stud, Dunedoo, after the dual with James and Sheryl Derrick, Karoola Downs Poll Merino stud, Gundagai.

Grathlyn and Lynford studs, operated by the Rayner family sold 21 of 39 rams at auction for an $1843 average and another four rams post auction that had been passed-in. Lynford stud co-principal, Andrew Rayner, said he had seen the sale-topper's sire at The Australian Sheep and Wool Show, Bendigo, Victoria, when displayed only after his Hay Sheep Show win, and purchased 50 semen straws.

The ram was growing 19.8 micron wool with a standard deviation of 2.8 micron, coefficient variation of 14.1 per cent and comfort factor of 99.5pc.

"He has well nourished rich, deep crimped wool on a plain body, but you can see he's a heavy cutter carrying plenty of wool right down under him, and he's only a March shorn," Mr Coddington said.

Mont Waters, Beltana, Jingellic, bought three Grathlyn rams at auction for an average of $1533 with two topping at $1800, then another post-sale.

He has been buying at Grathlyn for five years and will join his purchases next April to his flock now totalling 1500 Merino ewes of 16 micron average wool and cutting an average four kilograms. 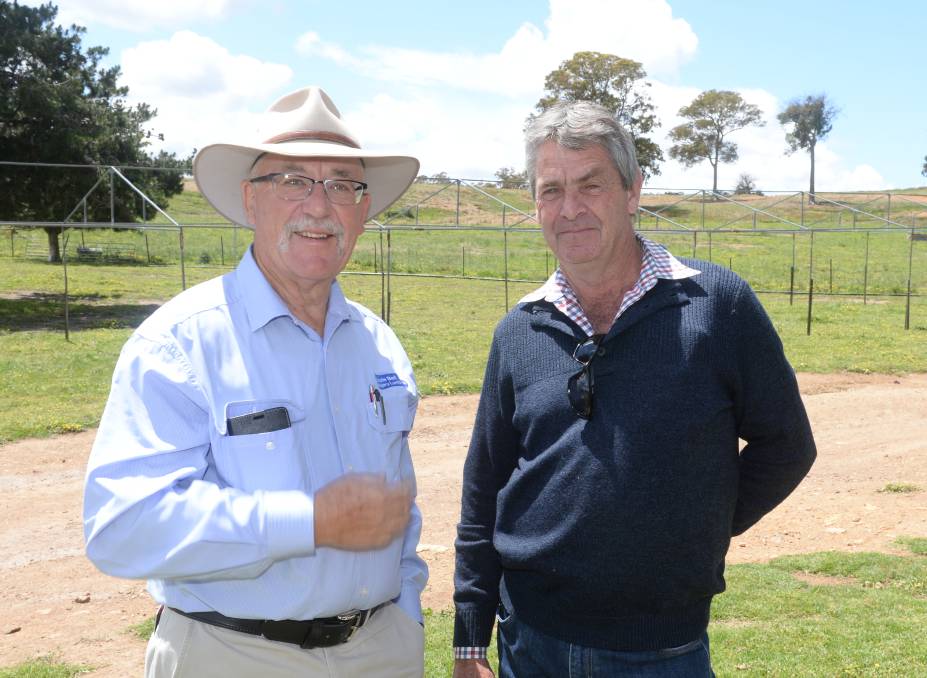 The Newling family, Dunmore in the Upper Dartbrook district near Scone returned and purchased two rams with top money at $2000 for a Lynford ram growing 16.2 micron wool.

The sale was conducted by Australian Wool Network, Mudgee, and Nutrien Stud Stock, Dubbo, with Nutrien's John Settree the auctioneer.