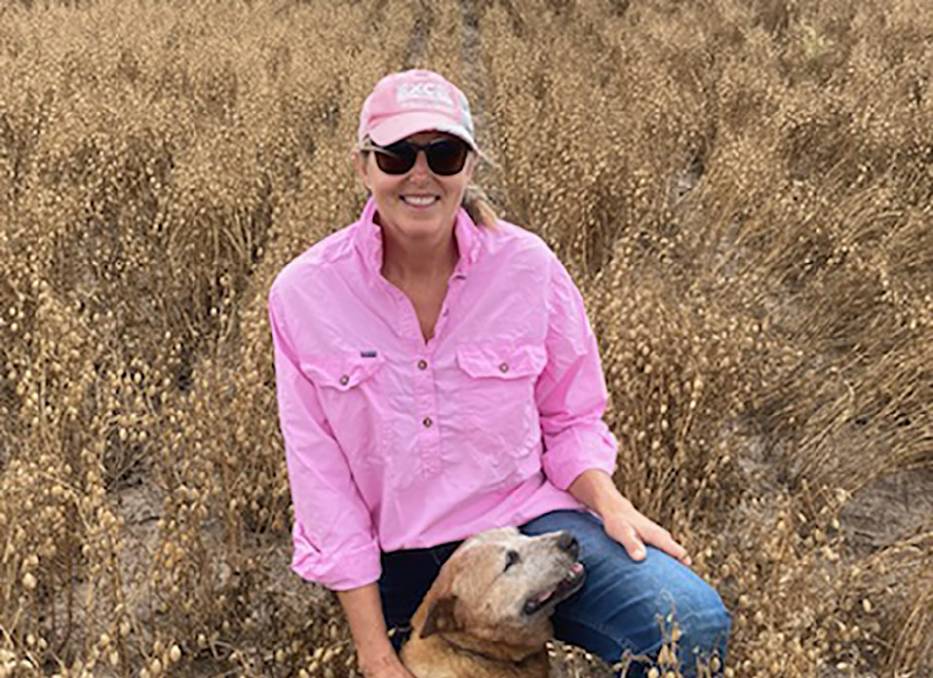 Trini MacCallum and Ruby, in a chickpea crop at Bowra, Coonamble, with Seamer chickpeas on left and HatTrick on right, that appear to have similar pods. The crops have needed just one application of fungicide and pesticide.

A new golden era for chickpeas in NSW dawns

It's a great spring for chickpea growers with prices rising, yields high and hope that India might relax its high 60 per cent tariff in the near future.

Not only that, but NSW will bring in about 300,000 tonnes of the Australian chickpea harvest this year, taking the chickpea crown off Queensland. The national crop will go about 700,000 tonnes, according to Pulse Australia's Nick Goddard.

And on the bright side, great progress has been made in research and development, with the new trial of more disease resistant and higher yielding chickpea varieties, one temporarily known as Captain, showing great high-yielding promise at Tulloona trials.

And the NSW Government has just anounced a national chickpea breeding program to be launched from the NSW Department of Primary Industries Tamworth Agricultural Institute in a $30 million plan to boost chickpea production and exports.

Agriculture Minister Adam Marshall said the Chickpea Breeding Australia (CBA) program would be a 5-year partnership between the NSW Government and the Grains Research and Development Corporation (GRDC).

"We see pulses as an industry ripe for growth and Chickpea Breeding Australia will give our farmers an edge over their global counterparts through the development of new chickpea varieties, and by increasing yield, quality and disease resistance," Mr Marshall said.

GRDC Chair John Woods said the CBA "will aim to deliver adapted desi and kabuli chickpea varieties through best practice breeding and innovative technology that increases the rate of genetic gain and in turn fast-tracks delivery to growers".

Prices for chickpeas have risen steadily this year rising from about $500 earlier this year to about $600 a tonne and higher recently.

The news from chickpea farmers is good too, with the crop still a week or two off from harvesting in the north for many, it may have escaped damage from the recent heavy rain.

Ben Markey, Bowra, Coonamble, planted Seamer and HatTrick chickpeas this year and has been very happy with both crops, only needing one fungicide application and "one grub spray". It was an easy growing season so far, although everyone is holding their breath in case more damaging storms arrive before harvest. The Markeys received just 13mm and 20mm on two properties.

"We are close to harvest and all the crops are looking pretty good," Ben Markey said.

Pulse Australia's northern manager Paul McIntosh, said there were strong rumours India had fallen short in its chickpea harvest and Australia could fill the gap - about a 4 billion tonne gap. One of the issues though any return to trade may face includes delays at Indian ports due to labour shortages after workers were sent home due to coronavirus lockdowns.