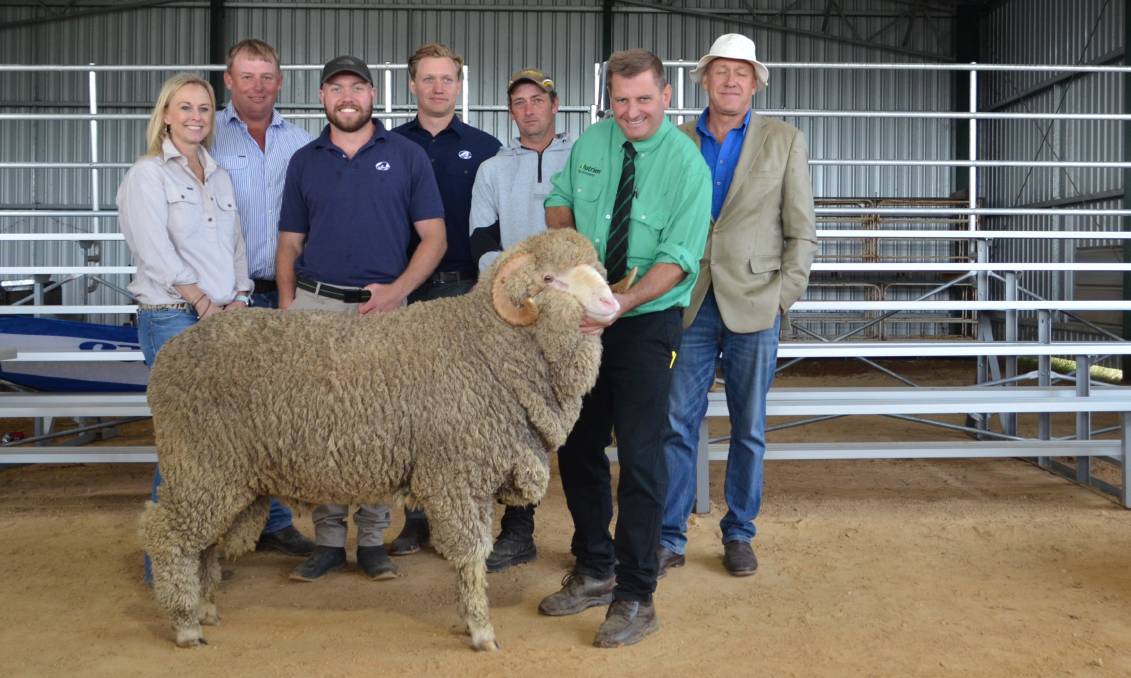 Reserve rams and show ewes were penned beside the 60 Merino rams offered for sale by the Williams' and Frost families, Thalabah Merino stud, Crookwell today.

Obviously the show sheep haven't been seen in public due to the COVID-19 social restrictions: but in common with many ram sales this season they were on display as an indication of the stud's continual genetic progress.

The Williams' and Frost families pride themselves on producing a large framed, well covered sheep with bulky, bright soft-handling medium to medium-fine wool.

"We are progressing here at Thalabah, but we haven't lost sight of the true Thalabah type and breeding an article that fits into the current sheep and wool industries," Mrs Kristen Frost said.

The auction realised a top price of $9000 bought by the Olsson family, Royal Oak, Goulburn with an overall sale average of $2408 from the 60 rams sold.

Speaking after the sale, Mrs Frost said her family were overwhelmed by the response to their breeding aspirations by loyal clients.

"It was above our expectations," she said.

"It is good to see that our use of the top shelf genetics available in the industry which we have accessed is being recognised and is paying off.

"But we know we have a long way to go because you can never stop improving.

"We felt it was a very even presentation, especially as the rams had grown through a very tough season and we were happy with the body weights."

The auction was settled by Nutrien, Crookwell, with Rick Power taking the bids.