AUGERS OF ALL SIZES: Westfield's well-known yellow and red augers and belt conveyors come in all sizes.

The biggest grain auger in the Westfield line-up can shift 630 tonnes an hour.

Roland Schmelzer says the gradual increase in the size of augers during the past 40 years reflects big changes in the grains industry.

Many grain farms have got much bigger while moisture-seeking planting technology has shortened the harvest period along eastern Australia's grainbelt, he said.

Mr Schmelzer is managing director of Westfield Augers (Australia), a company he established in 1983 to distribute the popular Westfield augers in Australia.

Westfield grew from humble beginnings in rural Canada almost 70 years ago when Abraham Plett redesigned an auger after it collapsed under a load.

When the manufacturer refused to incorporate his improvements he started making augers himself under the Westfield brand name and in the now familiar bright yellow colour.

Mr Schmelzer's company imports and assembles Westfield augers and belt conveyors, and ensures they comply with Australian standards before sending them into the local market.

He said his company's key aim was to be a consistent supplier of high-quality, value-for-money grain augers and conveyors.

Westfield augers had received a big tick of approval in Kondinin's latest guide for buyers of grain augers and conveyors in terms of reliability and value-for-money, he said.

The biggest model in the current line-up is the MKX 160-125 swing away auger which weighs almost 8.5 tonnes and can shift 630 tonnes an hour, making it ideal for commercial handlers and large farms.

"It's the highest capacity grain auger in the world," Mr Schmelzer said. 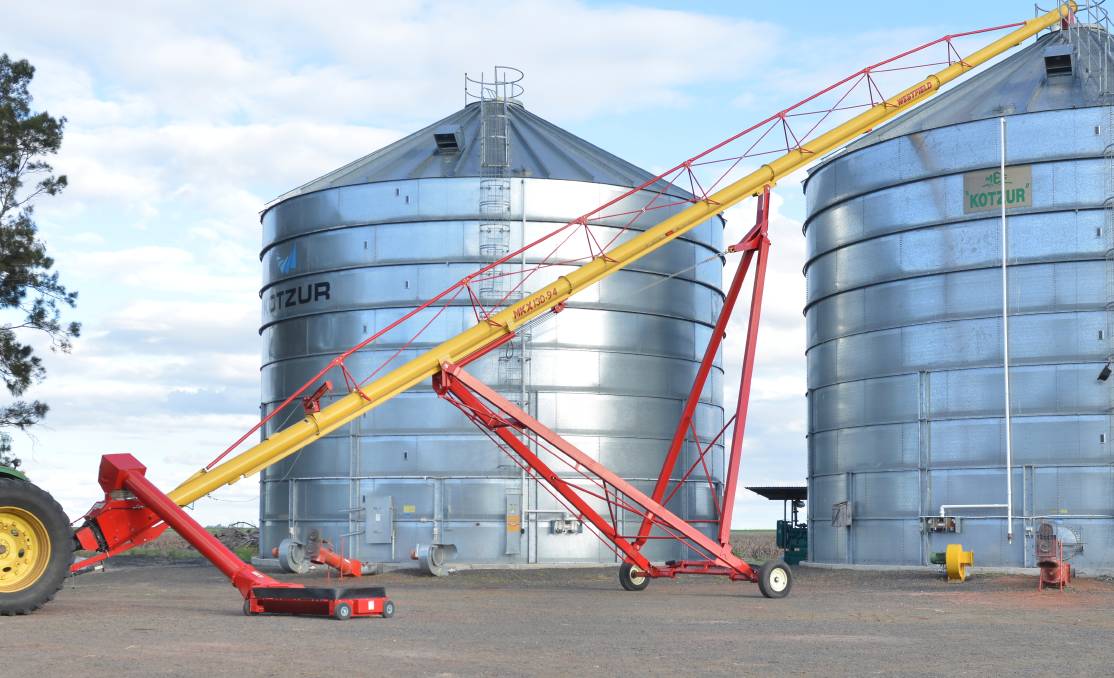 Its low-profile swing away auger tube allows the speedy loading and unloading of big grain trucks.

Westfield was the first manufacturer to create the swing away auger more than 35 years ago.

Mr Schmelzer said demand for the MKX 160-125 had been strong this year, particularly in NSW where many farmers were gearing up to harvest and store what was shaping as a bumper crop.

He said grain farms had generally grown larger, harvesters had got faster and the harvesting season in eastern Australia had been compressed by deep-sowing technology which allowed farmers to plant on their desired date.

"Years ago the harvest used to start around Emerald in central Queensland and then slowly work its way down through NSW, into Victoria and then Tasmania," Mr Schmelzer said.

"Now the harvest in northern Victoria or South Australia could clash with stripping further north which put pressure on header availability and increased the need to get grain off as quickly as possible."

He said that's where the big 16-inch MKX auger came into its own by being able to rapidly shift grain when multiple headers were in operation.

"A lot of (grain) farms are huge now, they need them. Nobody has ever regretted buying an auger with a lot of capacity."

Most of Westfield's augers and belt conveyors (for shifting more fragile commodities) are self-propelled or moved with tractors.

Westfield Augers (Australia) has just opened a depot at Narrabri in north-west NSW and has dealers in Queensland, NSW, Victoria and South Australia.

Mr Schmelzer would like to have more dealers in SA and also spread the company's dealer footprint across the Nullabor to Western Australia.

Augers are available as engine powered (Honda and Kohler motors), electric and PTO.