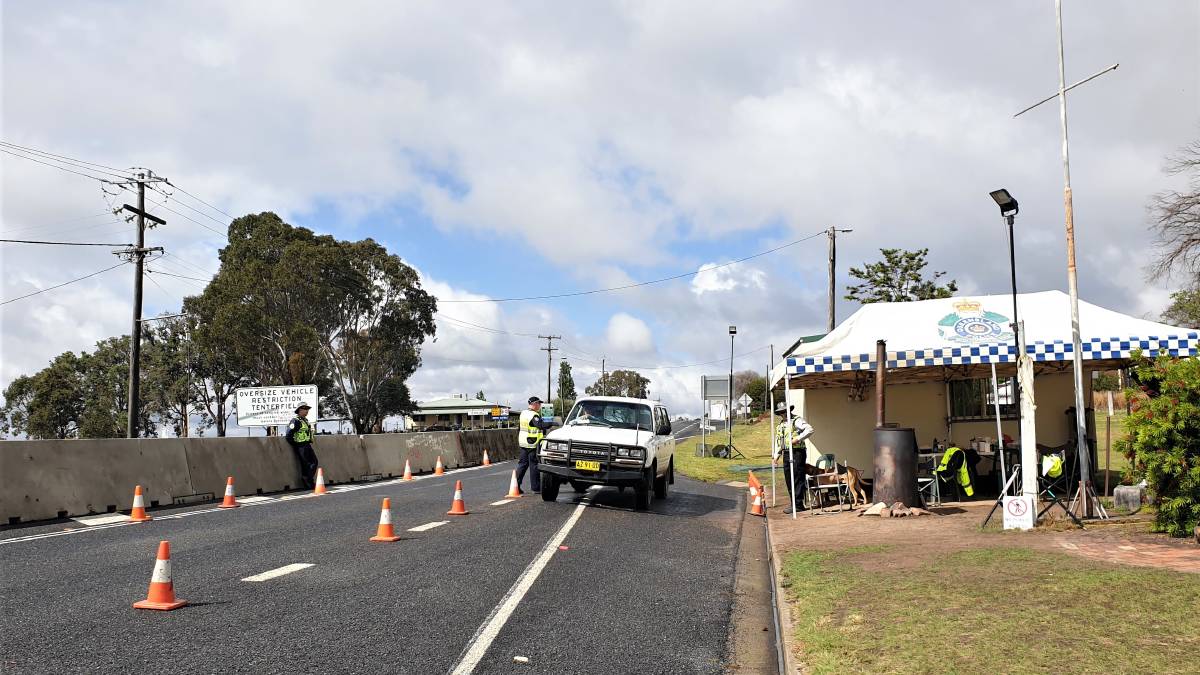 Police stationed at Wallangarra and other border postings were expecting to remain in place after the November 3 border change, with people from the hotspots of Greater Sydney and Victoria still unable to enter Queensland without quarantining.

Community leaders on Queensland's southern border have welcomed the expected confirmation that Queensland's borders will reopen to regional NSW on Tuesday next week.

Community leaders on Queensland's southern border have welcomed Friday's confirmation that Queensland's borders will reopen to regional NSW on Tuesday next week.

They are now calling for a framework to be put in place that will allow agricultural activities between the two states to continue smoothly in the future, without fear of renewed border closures.

Premier Annastacia Palaszczuk announced on Friday morning that, with the exception of people living in Greater Sydney, residents of NSW will be be allowed to enter Queensland without quarantining from 1am on Tuesday, November 3.

Queensland will remain closed to Victoria generally, including regional Victoria.

People who have been in a hotspot in the past 14 days will not be allowed to enter Queensland without quarantining.

As of Friday morning, there were six active coronavirus cases in Queensland, including one new confirmed case acquired overseas and detected in hotel quarantine.

Goondiwindi mayor Lawrence Springborg said there was no real surprise in the announcement, which had been flagged earlier.

"What we've needed all the way along was a roadmap, such as we had in April, that would give us a degree of certainty," he said.

Cr Springborg said he and other mayors with regions bordering NSW had been able to sort out most of their issues surrounding agriculture and education with Chief Health Officer Jeannette Young but the system still needed tweaking.

"This won't go away until we get a vaccine, and that's not guaranteed, so for the future we need to make sure we're not bouncing back and forth between different regimes and exemptions," he said.

He is proposing a framework using a risk-based approach similar to that adopted by freight and sporting organisations so that agriculture could work as seamlessly as possible in future.

"We put so much energy into sorting out different arrangements but we can't do that every time," he said. "Agriculture isn't where the risk has been but we need to have a risk-based approach with a COVID-safe plan."

A number of people commenting on Premier Palaszczuk's social media page announcing the border relaxation expressed disappointment that regional Victoria hasn't been included in the area that was excluded from quarantine upon entering Queensland.

"What about Regional Victoria?" Dianne Faye asked. "No cases. Why can't you follow NT? You are breaking families."

James Walshe commented that "regional Vic closed to melb and closed to Queensland. No cases here since 20 August. Done your homework I see!"