A seventh generation co-owner of Italy's oldest dairy processing company, has been elected president of the International Dairy Federation. 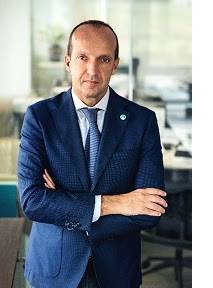 Mr Brazzale takes over from Dr Judith Bryans, the federation's first female president and chief executive of Dairy UK, who was elected at the 2016 World Dairy Summit in Rotterdam, The Netherlands.

In his new role, Mr Brazzale will steer the work of IDF with the support of the IDF board, the science program coordination committee, of which he is the former chair, along with the IDF head office and IDF national committees.

He has been involved with IDF at all levels since 2012 and is a well-known figure in the IDF community.

The IDF is the leading source of scientific and technical expertise for all stakeholders of the dairy chain.

Since 1903, IDF has provided a mechanism for the dairy sector to reach global consensus on how to help feed the world with safe and sustainable dairy products.

A recognised international authority in the development of science-based standards for the dairy sector and a strategic partner for international organisations such as the Food and Agriculture Organisation of the United Nations (FAO) and Codex Alimentarius, IDF has an important role to play in ensuring the right policies, standards, practices and regulations are in place to ensure the world's dairy products are safe and sustainable.

"I will be focusing on several key areas during my term; promoting and highlighting the value of the work undertaken by IDF, ensuring dairy continues to be recognised as making a significant role in sustainable food systems; and ensuring IDF and our sector is prepared for the future and speaking out on the big issues of our time," Mr Brazelle said.

"The challenges facing the world regarding sustainable nutrition are immense, and I am confident that with the contribution of our strong and growing base of global dairy experts, we can and will embrace them."

Alongside his presidency of IDF, Mr Brazzale will continue to be involved with Brazzale S.p.A., Italy's oldest dairy company, in uninterrupted activity for at least eight generations, producing cheese and butter since 1784.