HANDMADE: Kel Grey checks the cheese at The Pines at Kiama. Kel and his wife Mahlah create beautiful cheeses, yoghurt and gelato, as well as fresh milk, from their farm dairy. Photos: Dillion Seitchik-Reardon.

The Pines' cows graze on rolling green hills and can feel the sea breeze. No wonder they make award-winning cheese.

It is dark and quiet when Kel and Mahlah Grey step outside. With their breath making mist in the early morning air, they head through the darkness towards the milking sheds.

Waiting patiently at the gate, after having a munch on some hay as they meandered past from the paddock, the Greys' beautiful cows are ready for the morning milking. This is every day at The Pines, Kiama, and caring for their cows and producing delicious milk, gelato and cheese is what gets the Greys out of bed every morning, even if it is very early. 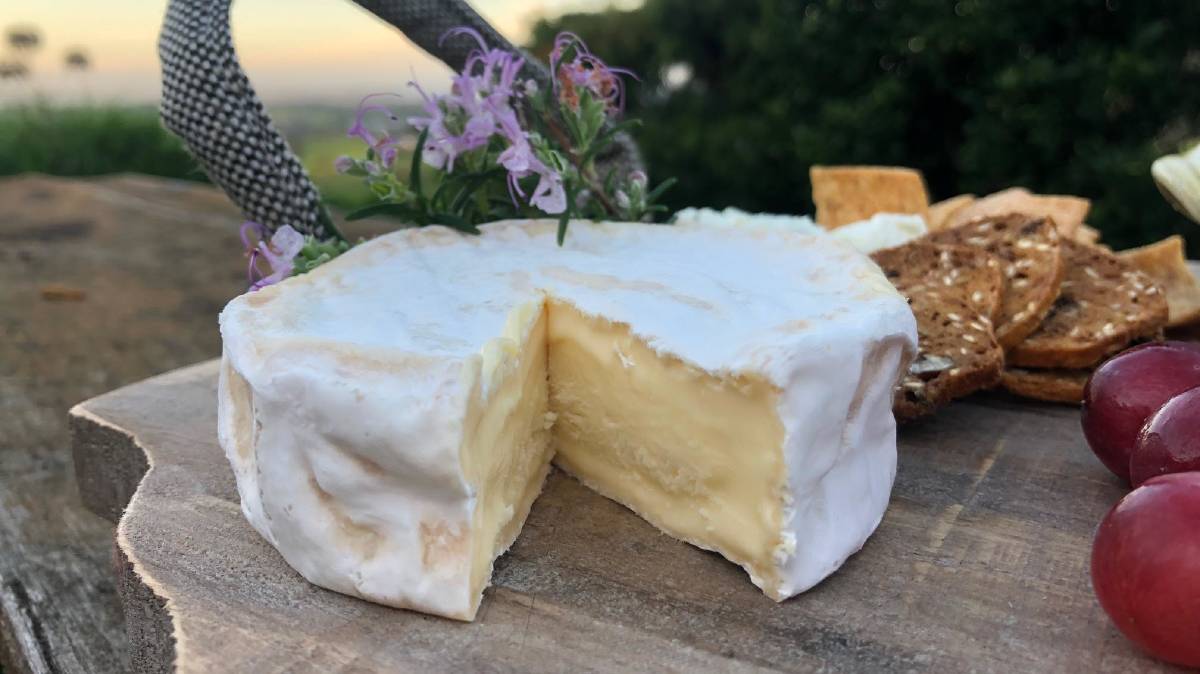 It turns out milk flows in Kel's veins. The dairy has been in his family since 1854, but it was in 2008 when the sixth generation dairy farmer and his wife decided to try something new.

"The plan was always to value add and diversify on farm," Mahlah said. "And we really loved eating cheese."

They were originally milking 65 cows to supply a contract, but in 2012 they got approval to start bottling milk and making gelato, and after setting up their little factory, they dried off a majority of their cows, keeping only eight still producing milk. And it was here The Pines milk was born.

The couple were also creating beautiful fresh gelato, but they still wanted a challenge. "We always had cheese in the back of our minds, and we started dabbling around," she said. SPENDING TIME: Kel and Mahlah Grey, The Pines, name their cheeses after their cows.

But it was when they met Nick Haddow from Bruny Island Cheese Co that they took the plunge. Mahlah said Nick encouraged them to take their cheese to the first ever Mould: A Cheese Festival in Melbourne in 2017, where they got to meet other cheesemakers.

"People tasted our cheese and asked where they could buy it, but we had used up all the cheese we had made. So that really kicked started it."

They turned an old grain silo, which was built by Kel's great-grandfather and grandfather, into a maturation room, using water from the dairy to keep it at 85 per cent humidity and 13 degrees year round.

"Now it is stacked full of cheese," she said.

They experimented with different dairy breeds to get the ideal mix for their products. "We started with a Holstein herd, but we got too much milk for what we needed. And we also wanted milk with slightly higher protein and butter fat," she said. 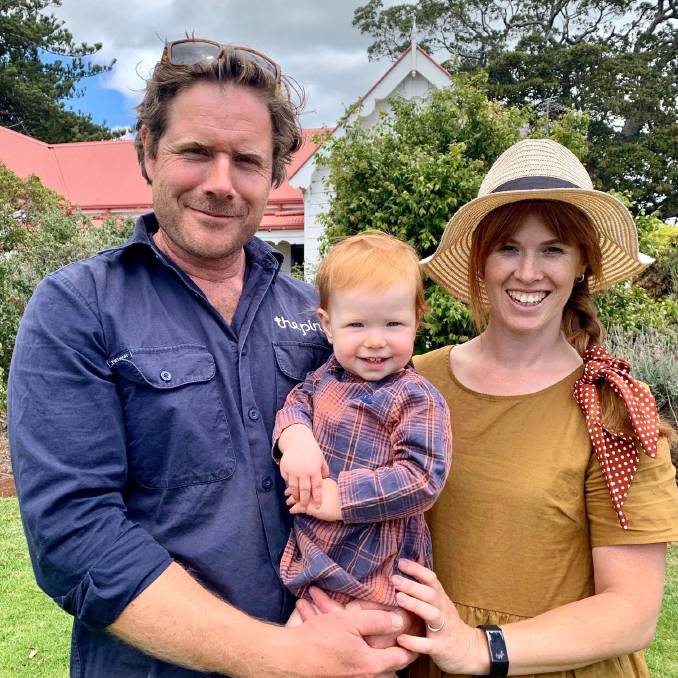 FAMILY BUSINES:: The Grey family lives and breathes caring for their cows and creating beautiful products.

So they started crossing the Holsteins with a Fleckvieh, and then joined them to a Normande bull. They then joined these cross-bred cows to a Pinzgauer bull.

"We found the cross has a better conversion rate, and turns the pasture into beautiful cheese," she said.

The bull calves are fattened as beef, while heifers are selected as milkers. The cows are milked 13 times a week, producing between 16 and 30 litres a day.

"We want them to want to be milked. We love it, and you have to love what you are doing," she said.

"We want to understand the relationship between pasture and soil health which leads to cheese and milk. We love that we can see the intricacies of what we are doing on the farm come out in the cheese and milk." 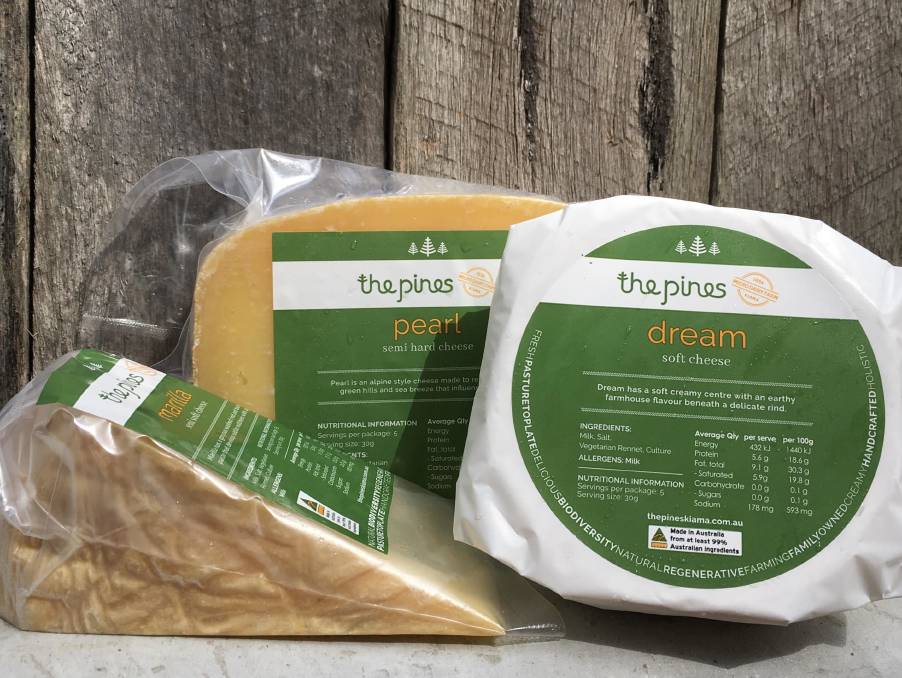 Grazing rolling green hills in the sunshine, and feeling the sea breeze on their faces. This is how The Pines' cows spend their days. And the fact the cows have such a lovely life shows in The Pines' milk, cheese and gelato.

Today Kel and Mahlah Grey produce beautiful low temperature pasteurised, non-homogenised milk. And after travelling through Italy and sampling all kinds of gelato, they wanted to create something special. "We wanted raw milk to be a highlight of our gelato," Mahlah said.

And after a helping hand from John Crowl, from Cow and the Moon, to make their base recipe, they have created a favourite for gelato-lovers. "We use local products, or if we can't source them locally, we find the finest ingredients," she said. 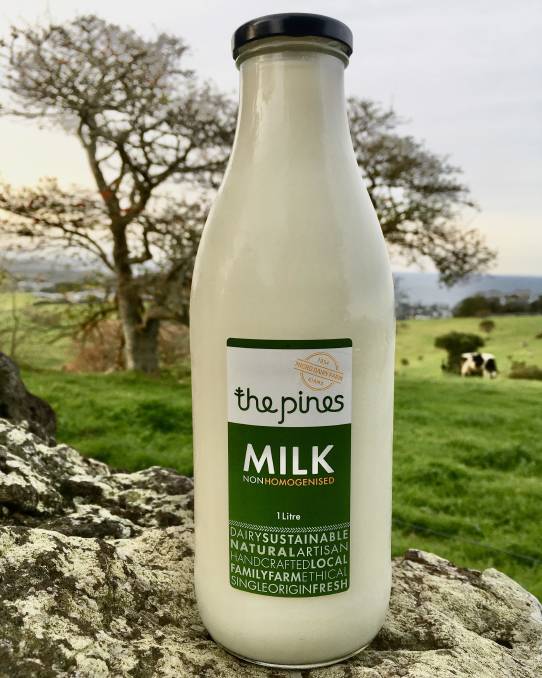 Their cheeses, milk, gelato and yoghurt is sold in 16 outlets on the south coast and highlands, as well as being available through their online store. They also attend Carriageworks and Kiama markets.

And their cheeses are making their mark, recently earning the couple a gold medal in the national delicious Produce Awards. "We wanted to make cheese we had to work on," Mahlah said. "We have to make cheese we like eating." 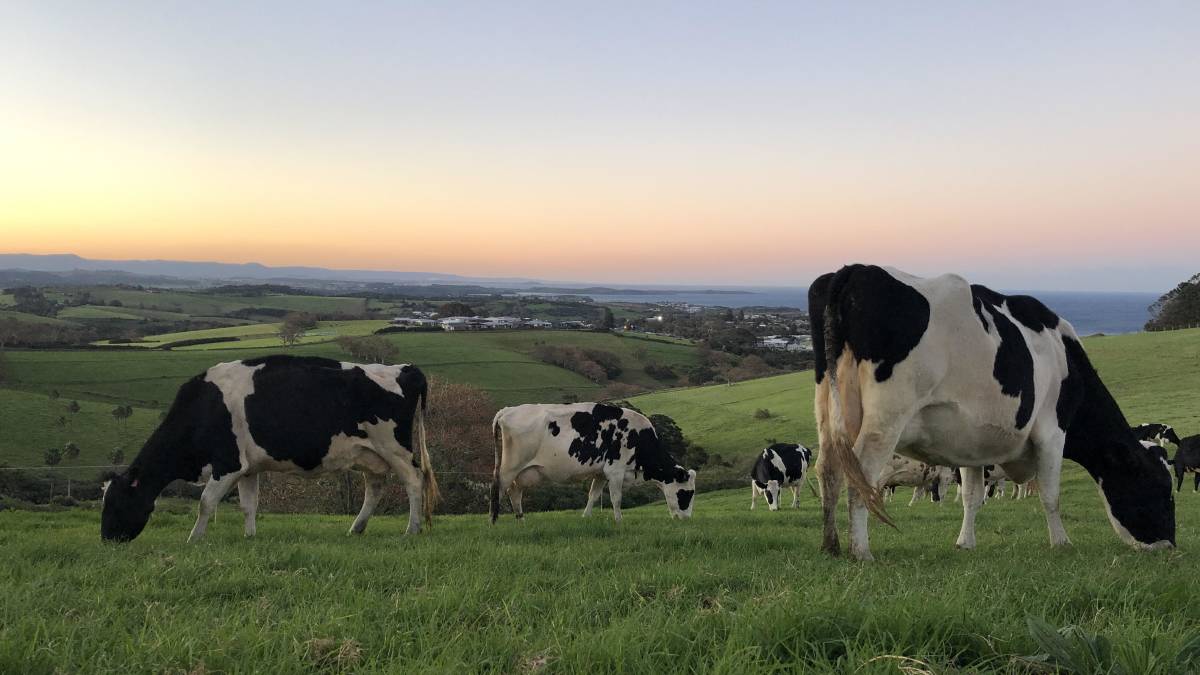 MILK WITH A VIEW: The Pines' cows grazing the hills just outside Kiama.

They are also working on a fourth cheese, a gorgeous cloth-bound cheddar. "It is a labour of love," she said.

But they aren't finished yet. They hope to eventually create a cellar door experience on their farm. "If people get emotionally involved in the farm and the land itself, it will really help," she said.

The Greys have been working hard to regenerate the property, having tree planting days, and plan to reintroduce original rainforest species into a gully to eventually have it as a walkway for guests.

Mahlah would love to see more people in the industry. "We want to help people get started," she said. "We wouldn't have achieved what we have without industry support."