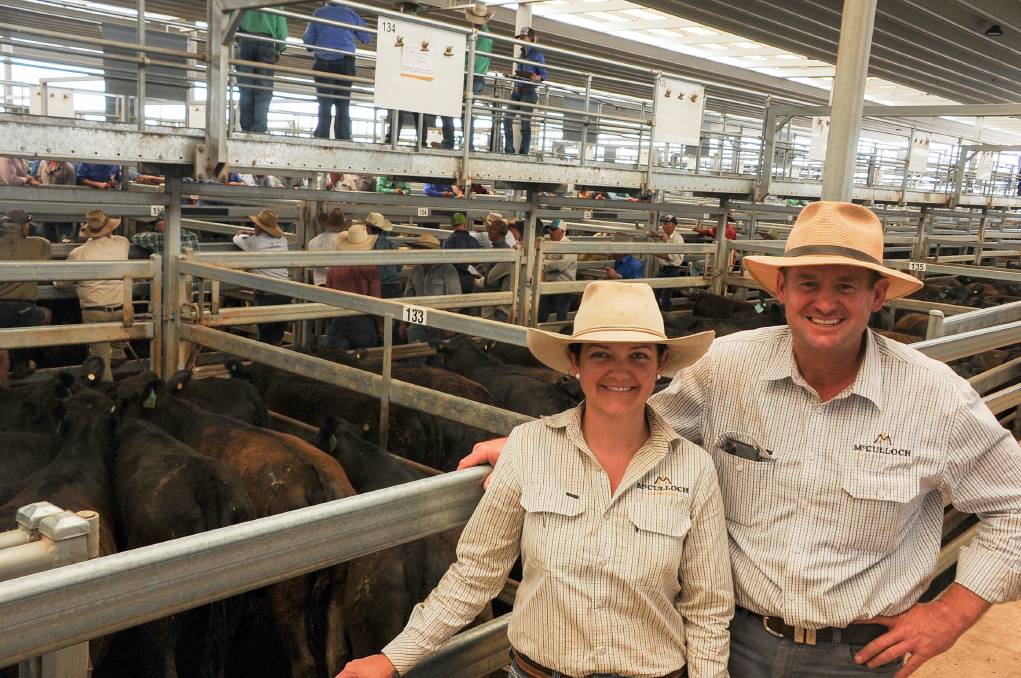 Karina and Daniel McCulloch from McCulloch Agencies are set to bring hobby farmer's sales back to Tamworth.

Everything you can imagine will go under the hammer.

Hobby farmer's sales are set to return to Tamworth for the first time in years with the announcement already sparking a wave of interest.

A large crowd of onlookers and vendors are expected to flock to the Tamworth saleyards on December 5 when McCulloch Agencies reignites the concept for small scale producers and up and coming entrepreneurs looking to sell a range of goods.

"Everything you can imagine" from cattle, sheep, horses, pigs, goats, alpacas, poultry, donkeys, machinery and vehicles will be accepted with the phones running hot since the sale was announced.

Goats, chooks, cattle and dorpers were already booked in.

Mc McCulloch said not only was it a social event but a platform for young people to get a start in the business of agriculture.

"I knew people would like it but I didn't think it would go off like it has," he said.

"The phone has been ringing off its head. It'll be such a good day out to bring the kids to the yards and teach them how to make money.

"If you are 16 and want to start making a quid in ag you can't go and buy cows and calves for $3000 but you can go and buy an incubator and hatch chickens or buy a pig and breed piglets."

New starter Dustin Rudgley has been employed to lead the new venture.

"I reckon it wouldn't have been run for 10 years," Mr McCulloch said.

"Because of the demographic of Tamworth about 80 per cent of the landholders would work Monday to Friday and they live on the land to bring their kids up on the land but they never get to see cattle or sheep sold.

"They can come and see a physical market and if the kids want to go and cut firewood, they can bring it in and sell it here."

The auction will kick off from 10am with trade and market stalls also setup on the day.