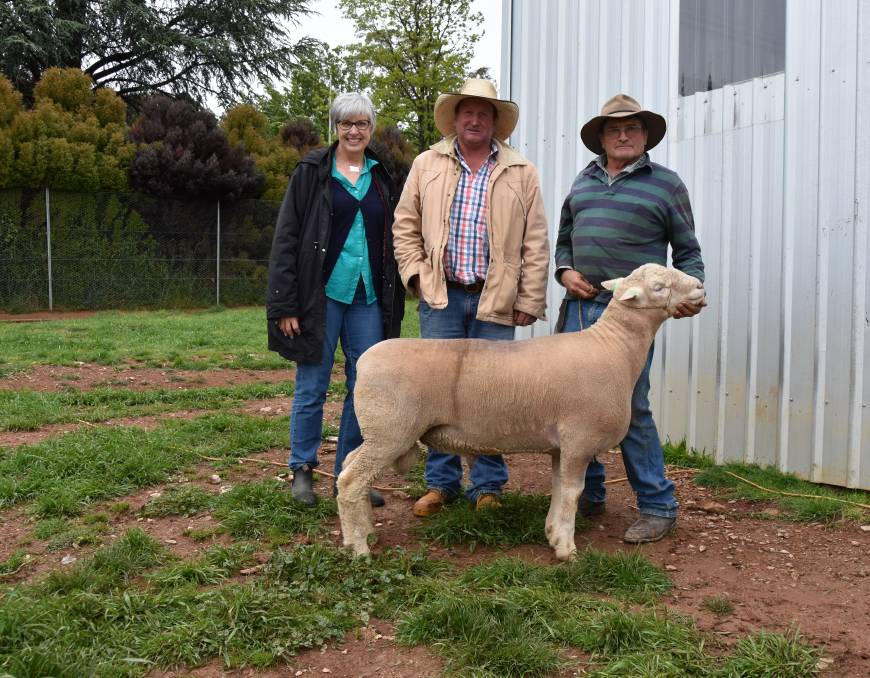 Mt Bathurst Poll Dorsets sold most of a consistent line of 70 rams on Thursday afternoon.

A LINE of 70 pasture-fed rams on offer from Mt Bathurst Poll Dorsets sold strongly on Thursday to top at $1750.

Stud principals Greg and Christine Healey said they were pleased with this year's rams, reckoning it was the most consistent line they had bred in their seven years operating in high country around Black Springs.

The hills turned on the weather for the sale, which was conducted in a shed as opposesd to the usual outdoor event.

The pasture-fed rams have spent their lives above 1200 metres elevation.

The rams' consistency was reflected in prices paid on the day.

Dick Croke from Blackwell Pastoral at Rylstone took home the highest-priced ram, and another two.

"We've had them before and they do the job," said Mr Croke.

Asked the attributes that particularly attracted him to the rams, he reckoned their length and easy doing nature. 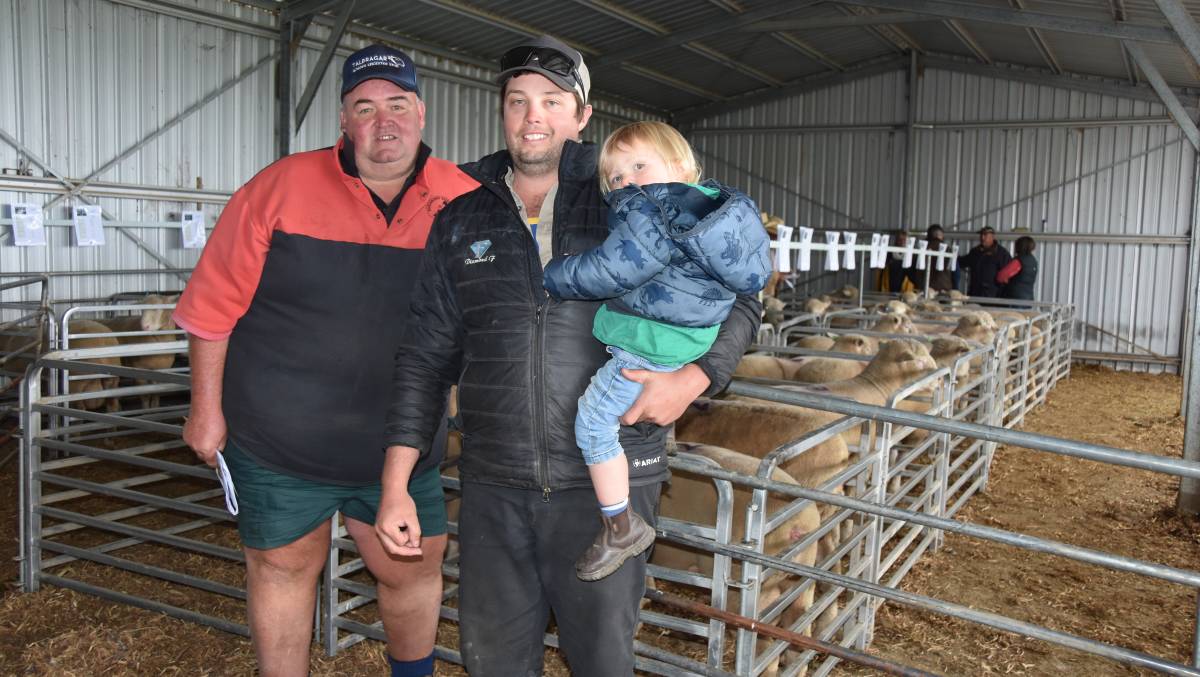 Andrew and Debbie Seaman, Wyagdon, about 28 kilometres along the Sofala Rd from Bathurst, took home 10 rams to service about 1000 crossbred ewes on their home property's flats.

"We're replacing old rams," he said, "we've got a block out at Gilgandra also.

"I like them because they're big, long, stretchy fellas and we've been here before," said Mr Seaman.

The sale was conducted by JJ Dresser and Co, Woodstock, and Taylor Meek led proceedings.