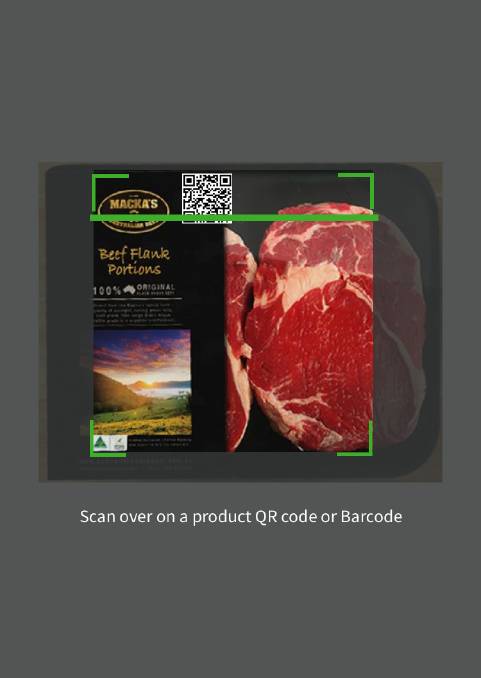 An example of Aglive's QR code on meat products.

Early adopters of new blockchain traceability technology say it won't be long before it becomes a livestock industry standard as other sectors jump on board.

Aglive's world-first livestock traceability platform, developed in collaboration with Meat and Livestock Australia, was put to the test earlier this year when shipments of Macka's Australian Black Angus Beef were tracked from their NSW properties to supermarket shelves in China.

The products were identified by a unique QR label, which consumers could scan for full quality assurance, recipes or producer stories.

Macka's director Robert Mackenzie was confident the technology could be applied across the sector and there was potential to track other products too, including horticulture.

"We have been in the export business for five years now and predominantly focused on China," he said.

"The consumer really wanted traceability and the consumer wanted that story."

Tasmanian hemp growers and a new pet food brand have taken steps to follow their lead.

Two years ago he established a family business known as the Tassie Hemp Shop selling hemp in a raw form for consumers to use in meals and health products.

Also the Australian Hemp Council president, he said they were in the early stages of investigating Aglive's blockchain technology to maintain the integrity of their product.

"The provenance and traceability is very important for maintaining consumer confidence in the product," he said.

"We do produce the best hemp in the world and maintaining integrity of the product is pretty important."

He explained that Australian beef could command a premium price because of traceability systems like the NLIS.

"Other countries see that as an example and we have to keep moving forward," he said.

"As far as the hemp industry is concerned that is a process that we need to take advantage of and through Aglive and blockchain technology we can do that.

"It's keeping us ahead of the rest of the world in producing quality food and marketing it."

While they are in the stages of inking a deal with IGA stores across the country, she saw huge potential overseas.

The raw pet food uses human grade Australian products like Salmon belly and lamb and beef offal and is freeze dried with no additional ingredients. 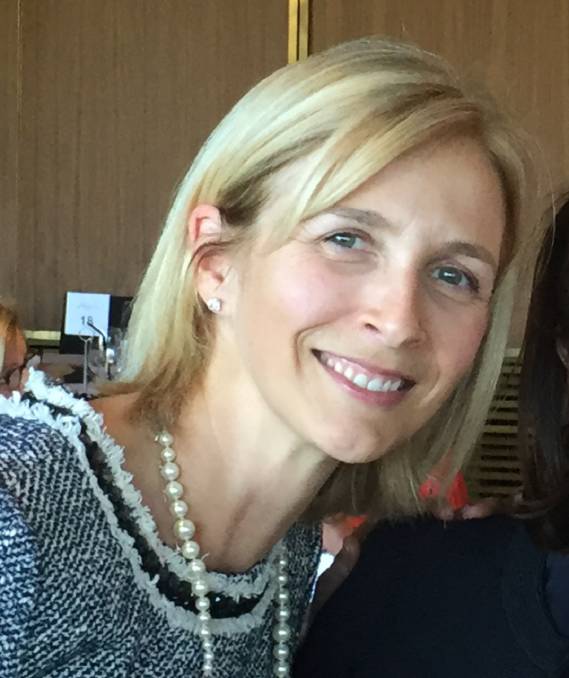 Aglive would allow a potential buyer to scan a QR code and track the product's journey from the Tasman sea, to the freeze drier and onward travel to the supermarket shelf.

Ms Richards said the opportunities in the pet sector were enormous and consumers were seeking security that a product was truly Australian.

"There really is a call for supply chain transparency and with the younger consumers, they are also obviously very interested in the provenance of your produce and they are really seeking that information," she said.

The Macka's Beef and Aglive collaboration has received support from Meat and Livestock Australia, NSW Department of Primary Industries, AusTrade, the Nationals and Macquarie University.

It comes off the back of the $328 million commitment to grow food and fibre exports in the Federal Budget including $222.2 million across four years for digital services to take farmers to market.

"The Department of Primary Industries are committed to innovation for the agricultural industry, especially those that protect and promote the providence of NSW food and fibre."

More specifically, a DPI spokesperson said the value of horticultural exports could only be enhanced through the widespread adoption of these technologies.