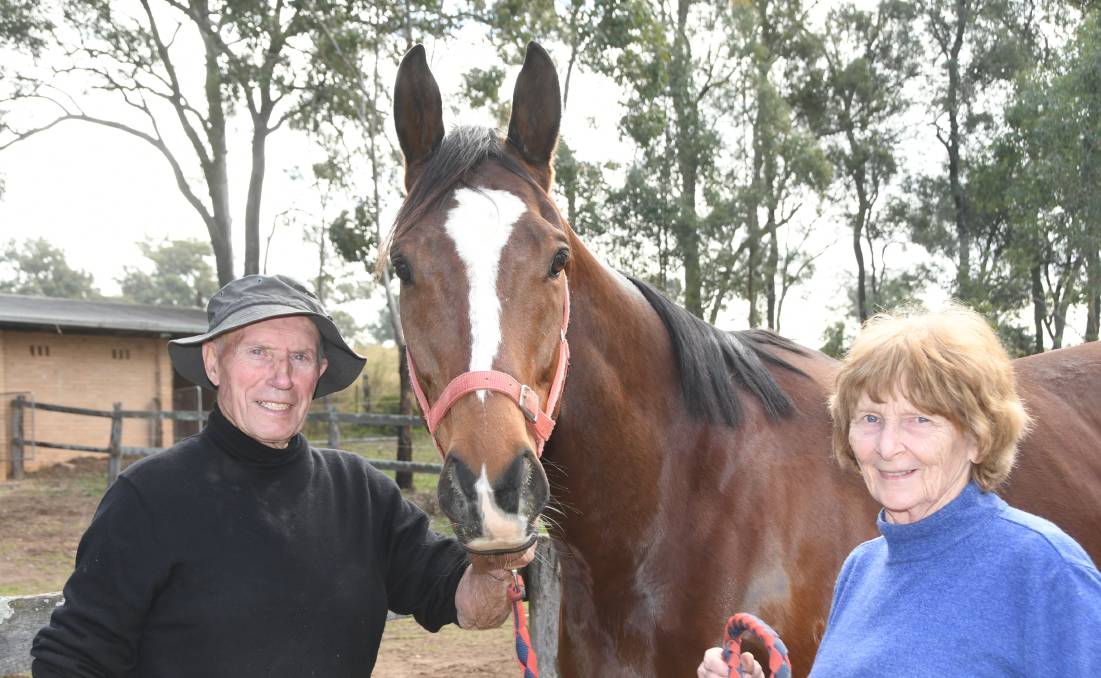 'I'm not a social person, I just love horses'

HE may have only won a single race from 34 starts but well-named Happy Hustler has been the latest horse prepared by veteran Hawkesbury conditioner Ethne Potowski.

For the previous 40 years Ethne - who is ably assisted by her German born husband Klaus, are both familiar faces around the western Sydney racecourse.

Only having one to three horses in work at a time, Ethne prepares her team largely on the couple's Wilberforce property, Strathdue, (named after her childhood home in Merrigang Street, Bowral), with fast work carried out at the nearby Hawkesbury circuit.

According to the seventy something, Ethne loves training horses.

"It (training) gets me out of bed, and as (Albert) Einstein said, life is like riding a bicycle in order to keep your balance you must keep moving," Ethne said.

"I love training, and it is very rewarding when you get a winner."

"I am not a social person, or a going out to lunch person, and I love horses." 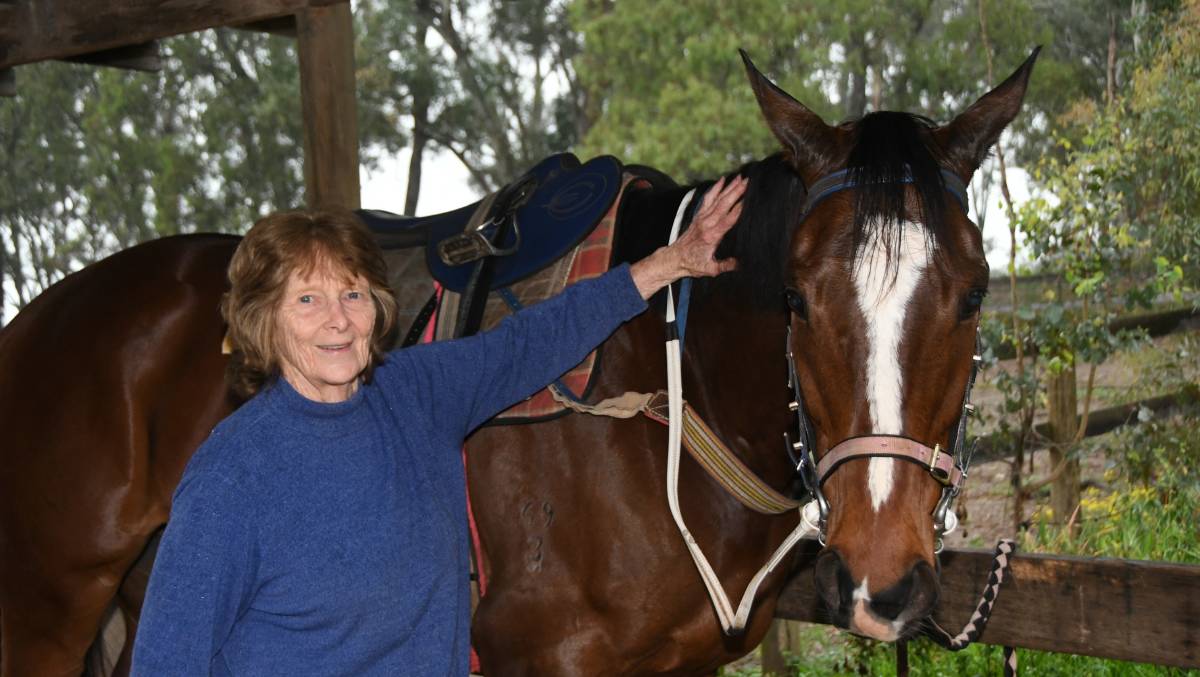 Ethne with Happy Hustler waiting for her track-rider at her Wilberforce stables. Photo Virginia Harvey.

At Happy Hustler's latest effort he finished one and a half-length fifth at Kembla Grange, and is among the few gallopers not bred by the Potowskis - along with her long-time Sydney racing partner Bob Polley.

The seven-year-old gelding is by Vinery Stud's accomplished and reliable Casino Prince, a Flying Spur horse which is also sire of the Scone property's high-profile stallion All Too Hard.

Ethne said that she paid $25,000 for Happy Hustler at Inglis' Classic Yearling Sale.

"I wanted to buy a Casino Prince, because they are handy horses that win races; and I did not have a young horse coming up that we had bred."

"He (Happy Hustler) looked a nice horse (at the sales), and he was a reasonable price, so I bought him."

"Bob - as we call him, has been a great horse to train; he has a beautiful temperament, and has been easy to get on with, and I enjoy training him."

"He's won over $83,000 so he has been handy, and while he has only won one race, he continues to pick up prizemoney.

"He's had a lot of seconds and thirds and plenty of fourths and fifths, he's usually there-abouts, but he really deserves another win."

Ethne suggested that Happy Hustler would have won a few more races if he would have had an ounce more luck, and during his earlier racing days the galloper "rubbed shoulders" with several stakes winners including Ombudsman and Group 1 winner Youngstar.

From an early age, horses played a major role in Ethne's life initially spending all her spare time with ponies as a child before embarking on a nursing career in Sydney.

However, when moving to the Kellyville district, the conditioner rekindled her close association with horses, managing two Thoroughbred stallions, and then standing two of her own - Acis (by Aurealis), and New Zealand bred Agazaan (Zamazaan FR).

In the early 1980s the Potowski's moved to a 16-hectare property near Wilberforce where Ethne started to pre-train horses for a leading Sydney trainer Harold Riley, and at a similar time taking out her own trainers' licence.

"The Little Flea won about seven races including three cups and one in town (Sydney), and if I had not had him I probably would not have continued training."

Ethne said she recalls her first runners as a trainer (The Little Flea and Bold Oak), which each finished second one day at Hawkesbury.

Then there was stakes placed Rolling Minstrel mare Lutesong (eight wins, seven Sydney), and her Sydney winning daughters Concerto Miss (Bureaucracy) and Carry On Singing (Carry The Crown CAN), winner of seven races.

Next "waiting in the wings" is Carry On Singing's juvenile gelded son, and another by Casino Prince.