Top prices of $444 for ewe lambs and $448 for young breeders highlighted the Blue Ribbon sale on Friday. 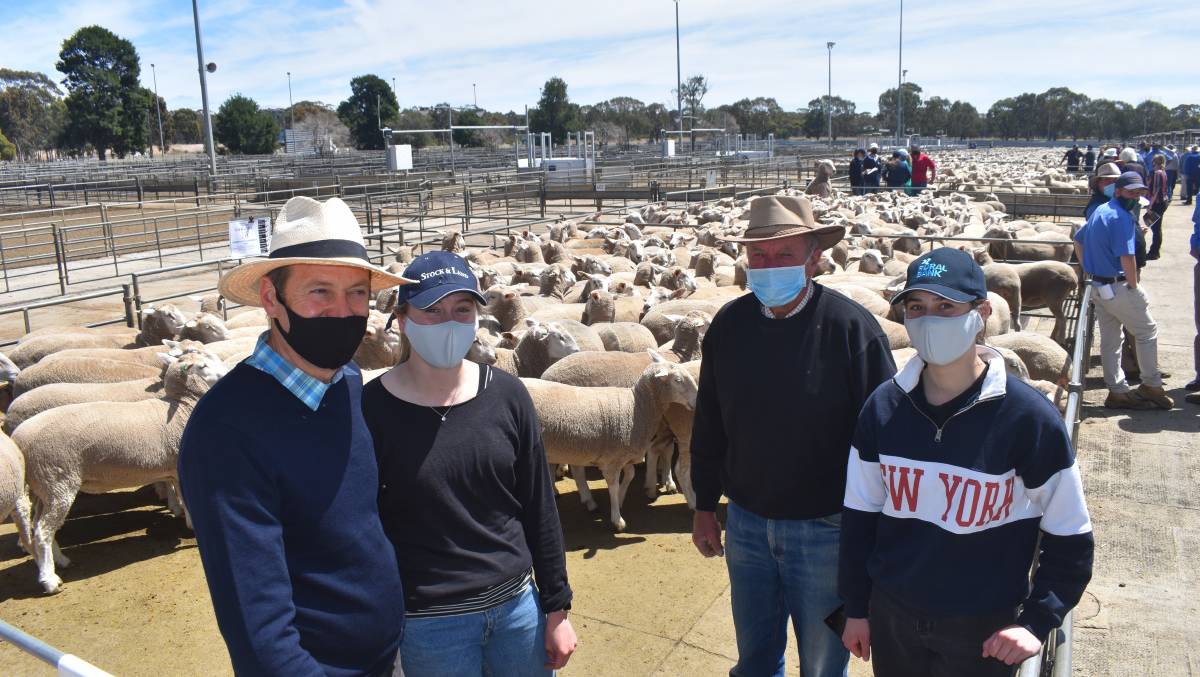 THE highlights of Friday's Blue Ribbon first cross ewe sale was a top of $448 for 1.5 year old ewes and a record $444 for ewe lambs at Bendigo.

The yarding of 9086 lambs, 3041 one-and-a-half year olds and 597 hoggets were offered through private agencies FJ Nevins, McKeon McGregor and Ellis Nuttall & Co and was interfaced with AuctionsPlus.

"It's very positive and we're delighted with what our sheep made," he said.

"The're probably wasn't the vigour in the bidding of Wednesday's sale, but the sheep very comparable money," he said.

Mr Collins said the strength of the ewe lambs right through to the back was "unbelievably good".

On some of the second draft of ewes it was a matter of whether they could be joined "right now" or take them through to a January-February type joining," he said.

"It's an enormous return for a lamb of that size and weight," he said.

"Right from the start to the end, with the lighter lambs a feature," he said.

The change over price for a young ewe and what an old ewe was making "there's not much in it".

"You can't not be happy with it. I think people are working to a budget and some lambs were just a bit out of their reach," he said.

"Hamilton and Ballarat agents were very strong and their were plenty of return buyers operating - "if it ain't broke don't fix it."

There was strong local support as well as competition from south Gippsland and the north-east of Victoria.