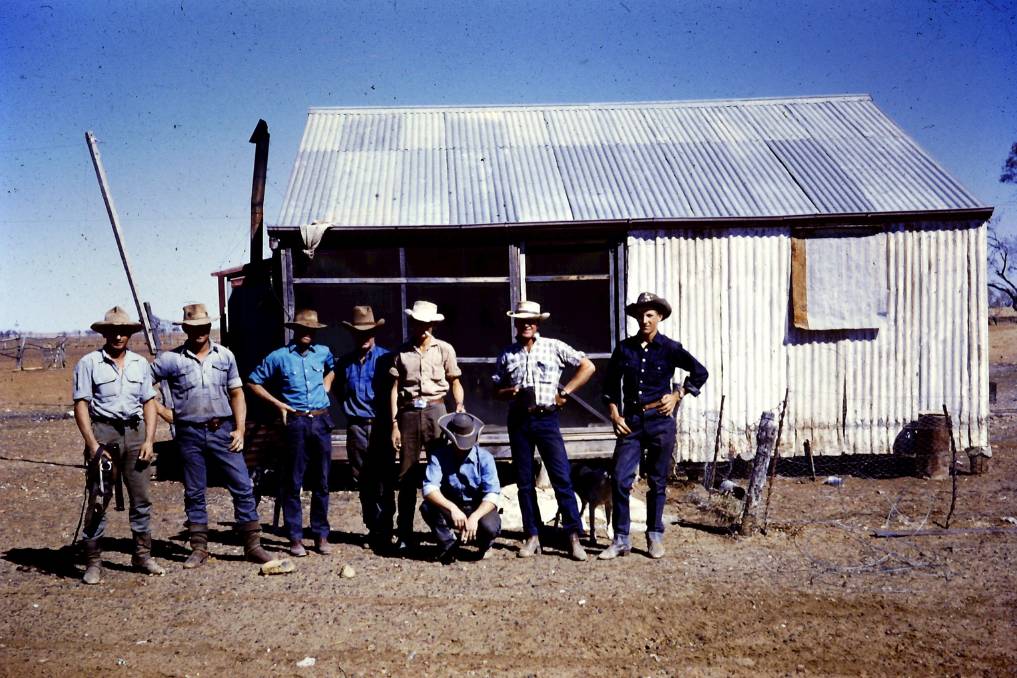 The mustering team posing for a picture at Waltho shed, an outstation of Warbreccan.

The rich history of western Queensland had a valuable gem added to it earlier this year when the recollections of former Warbreccan manager Robert Morrish were published.

The rich history of western Queensland had a valuable gem added to it earlier this year when the recollections of former Warbreccan manager Robert Morrish were published.

Captured by his wife Deirdre Morrish, the self-funded Signposts and Milestones, Melbourne to Cunnamulla and Warbreccan, Beyond the Bitumen details a knockabout way of life fast fading from memory.

Writing the book's foreward, former Maranoa MP Bruce Scott AM, once a relieving manager on neighbouring property Westerton, said it was another important contribution to the work of people who have lived the experience of life in early rural Australia.

"It left me with the feeling of being in a conversation with Robert as he recalls the milestones in his life," he said. "Use of words seldom-heard today - poddy dodger, ringer, cleanskin, dogger, jackaroo - the list goes on - are richly captured on the pages." 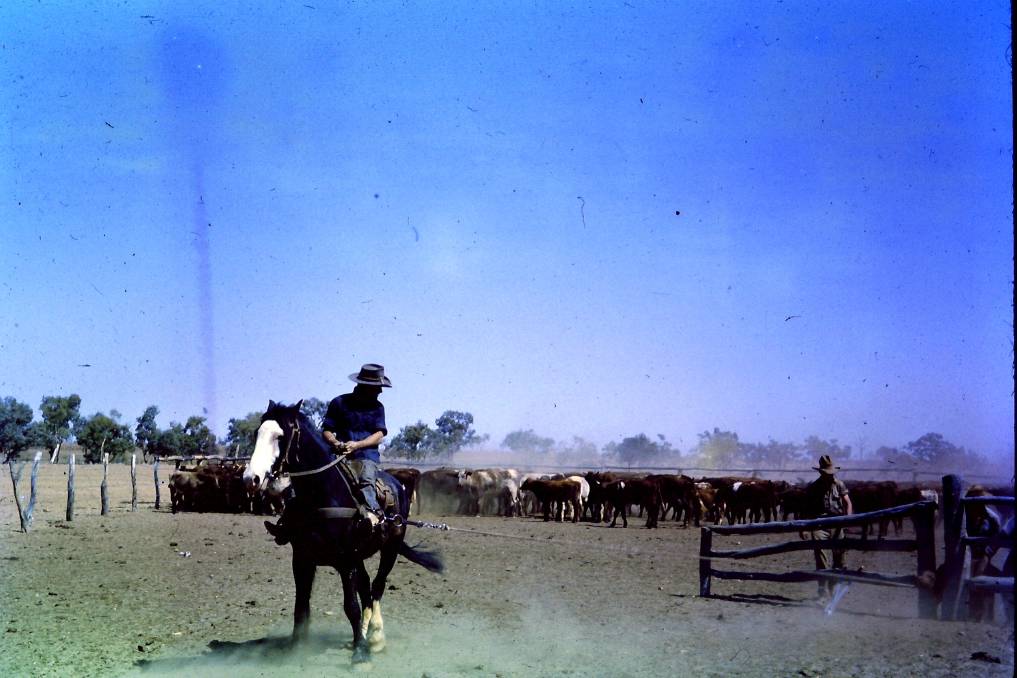 Brian Downey bronco branding on Tarpot in cattle yards near the Tonkoro boundary.

The book's dusty journey starts during the war with the sound of sale-o, sale-o and Robert's first job as a junior clerk at Victoria's Newmarket saleyards, then travels to Wagga Wagga in 1952 and the sound of frantic farmers shouting, "Fire, fire - the bushfire's out of control".

By the mid-1950s he had travelled the corrugated road across the state border to Eulo and to Hugh Sawrey at Tilberoo Station, lamenting that the history of the old stations had to be saved as he charcoaled another sketch on a nearby gum tree.

The story then moves north to Warbreccan, a remote million-acre (404,685ha) property south west of Longreach.

There, legendary flying doctor Tim O'Leary examined a stockman, remarking, "Rob, I wouldn't give you two bob for him now".

Crafty cooks pursued by Interpol; a trigger-happy, pistol pot-shooting manager surprised when his shearers dropped their shears and fled - these and other colourful bush characters burst from the pages of Robert's recollections of rural life before the close of the 1970s. 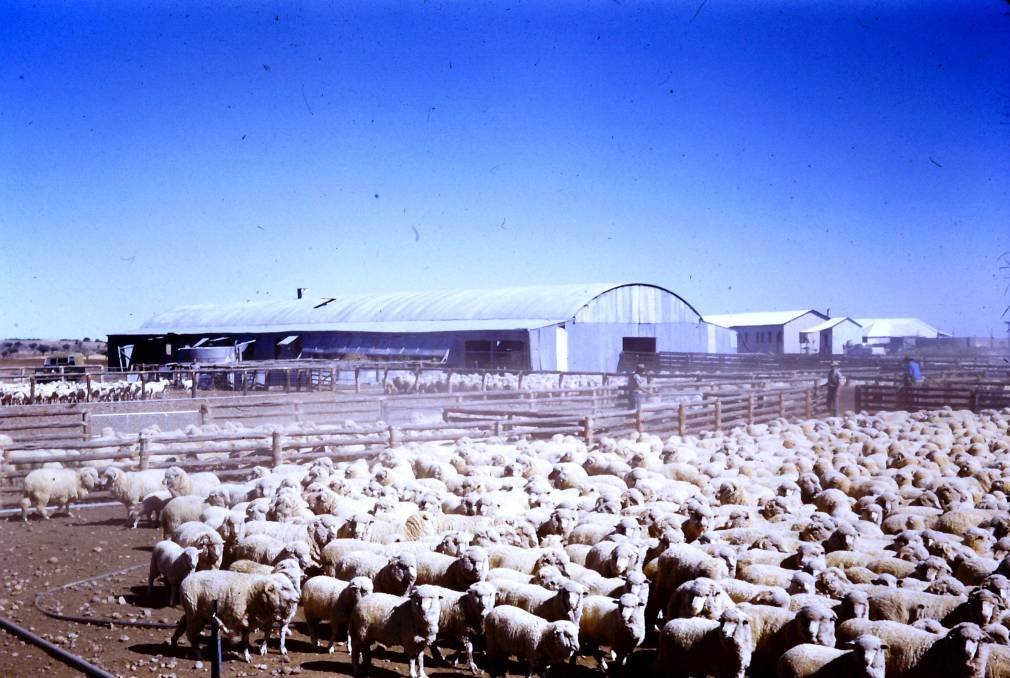 The shearing shed at Warbreccan, which operated with 20 stands, 10 on either side, now lies in ruins.

When Robert Morrish ventured into Queensland and the Cunnamulla district in the mid-1950s he befriended artist Hugh Sawrey and others before securing the position as Warbreccan manager in 1961.

His future wife and the book's author met him at the races in Longreach, a bachelor in charge of a huge property, owned at the time by the Coward brothers.

"I was only 21 or 22 at the time and went out to see the property in summer time," Deirdre said. "It was bushranger country in some ways, run down and stock able to wander."

She has written the story in a yarning, conversational style that has received high praise, especially from those familiar with the property and people of that era, and who recognise his descriptions of the characters and photographs.

"The rural properties and characters described in the book should be of interest for Melbourne readers as well as those from the Wagga Wagga, Cunnamulla and Longreach districts," she said. 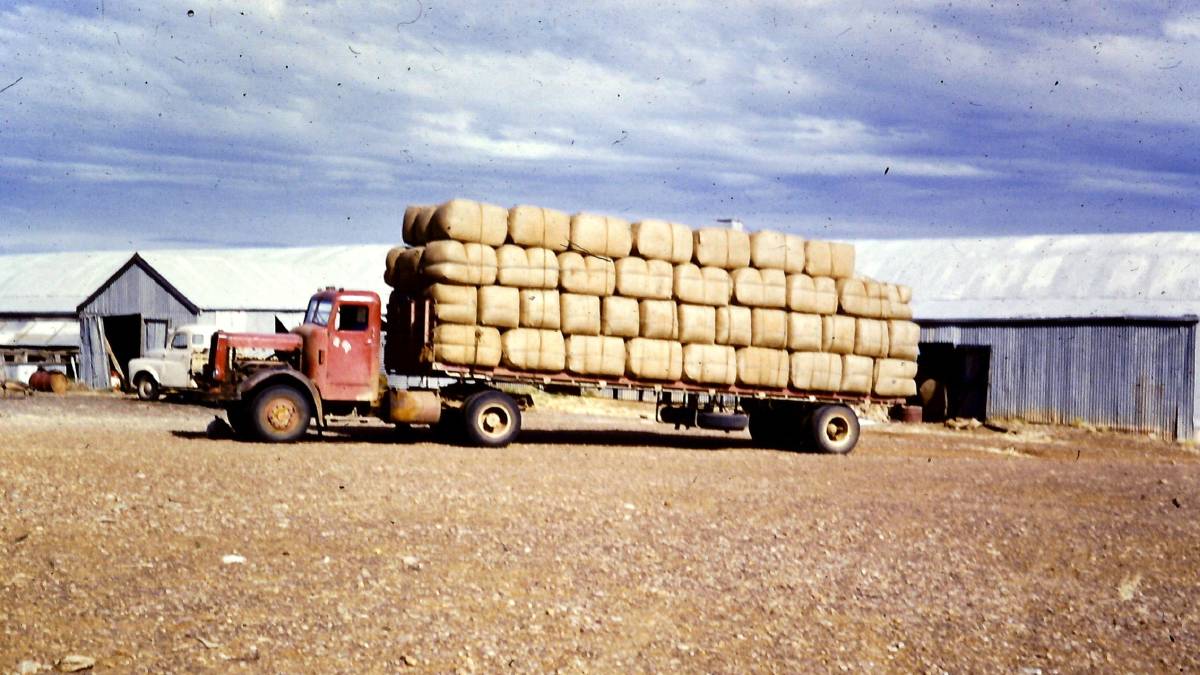 A carrier pictured with a load of wool beside the Warbreccan woolshed.

Robert's Newmarket Saleyards experiences began when he worked as a junior clerk for Dal Adams, and followed his first job jackarooing at Howlong, NSW.

"When I started work at Dal Adams, my wage per week was thirty shillings, or in today's money (but not value), $3 per week - a very good wage for my age at that time," he recalled.

A short stint between 1948 and 1950 as the youngest Victorian registered dairy farmer followed, then in January 1951 Robert leased Mandalay, a 313ha NSW property between Wagga and Holbrook.

The ensuing eventful year included an aerial trip to the Territory and ended when he lost about 1200 sheep and fencing in the catastrophic bushfires of January 1952.

The back section contains a list of Warbreccan's owners and mangers from the early years until the end of the Coward era and beyond.

It concludes with an archival selection documenting the differences between running the property during the war years and the 1960s. 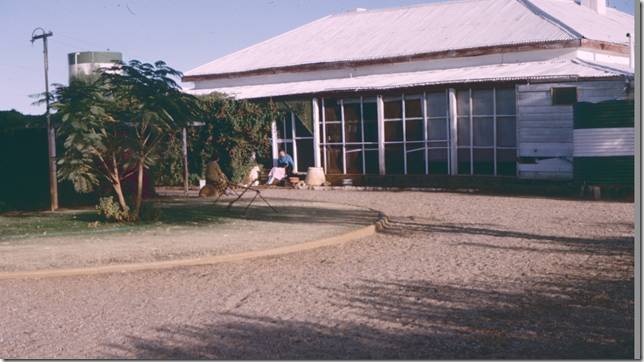 Taken in 1964, Warbreccan's National Trust pise homestead with cedar doors and skirting boards, plus two double-sided fireplaces, was lost in a fire in the early 1980s.

The limited edition book has largely been sold via word of mouth so far and has received plenty of encouraging comments, according to Deirdre.

"Besides my enjoyment in visiting western Queensland, this latest trip has reinforced my delight and appreciation that histories are being written by you, Deirdre and others for everyone," was one message received.

"You should be so proud. The amount of work that you have put into it is phenomenal. I have started reading it and it brings back so many wonderful memories of our time at Warbreccan," was another.

The 158-page book includes maps, charts, over 160 photographs, plus archival records, and is available for $50 plus $10 postage from Willy Wagtail Publishing, PO Box 1211, Yeppoon Q 4703, or by emailing graneroo206@gmail.com

The story Signposts to a past life first appeared on Queensland Country Life.