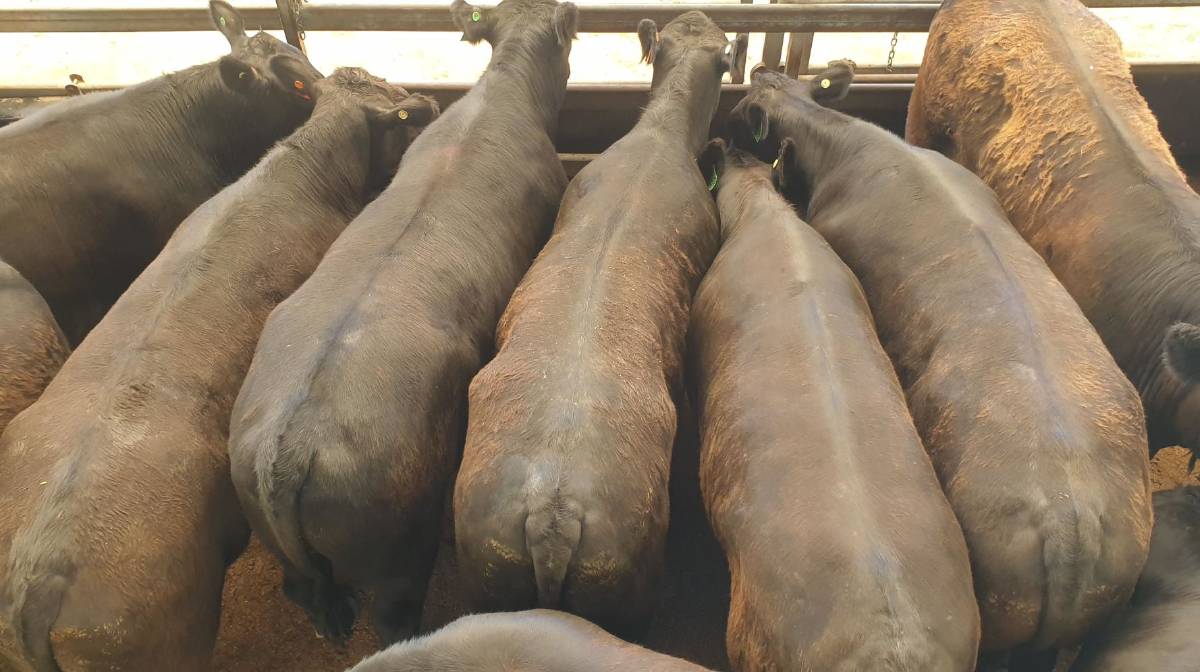 Angus steers sold on account Roseby Farming, Quirindi for 426c/kg. "It does indicate the beef industry is alive in all sectors!" Scott Simshauser. Photo: TRLX

There is an unbelievable demand for the few prime trade cattle coming through the saleyards with all centres reporting prices continue to be firm.

"It was the dearest sale I've ever seen," he said.

"With a lot of cattle weighing over 400kg and still selling for top dollar, these are the best prices and best weights seen for many years."

Mr Cabot said not a lot of trade cattle coming through and he attributes the low numbers to the big sell off during the drought and particularly of breeding females.

"Processors have no option but to pay the prices," he said.

Meat and Livestock Australia (MLA) reported a very good selection of trade cattle but they mostly sold to major feedlots.

In the trade market domestic buyers competed strongly for the better finished stock with a single pen of European steers recorded a top price of 434c/kg.

At TRLX Tamworth MLA reported 1487 were yarded down 93 but yearling cattle were well supplied.

The majority of the cattle presented in forward to well finished condition, however there were a few plainer in condition. "There are very good weights coming through and numbers are few," he said.

"The supermarket position is positive, with terrific demand through this social restriction.

"But it does indicate the beef industry is alive in all sectors!"

At Forbes Central Livestock Exchange, MLA reported a yarding of 997, up 331 on previous sale without any affect on lowering prices.

Young cattle sold to a dearer trend while heavy grown steers and heifers were firm.

"Historically this time of the year the market is way above what it normally is," he said.