A two-pronged auction at Dorrigo later this month will provide a test of values for commercial-scale grazing property in this tightly-held region of New England's eastern fall. 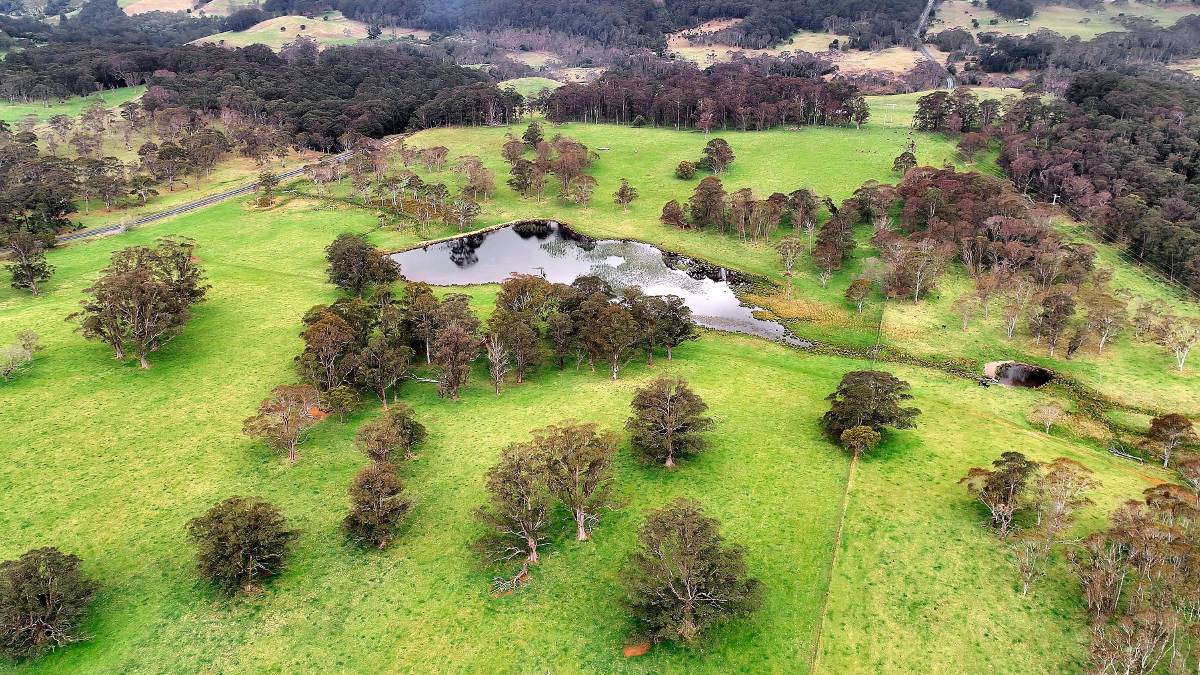 A two-pronged auction at Dorrigo later this month will provide a test of values for commercial-scale grazing property in this tightly-held region of New England's eastern fall.

On offer are the two adjoining properties, Meldrum, of 414 hectares (1024ac) and Beaumont of 162ha (400ac), which face each other across the main Armidale-Dorrigo road, Waterfall Way.

Marketed by Elders Dorrigo, the properties will be offered separately, but present an opportunity for a buyer to amass a substantial holding of 576ha (1424ac) in this 'dress circle', rain-favoured location. 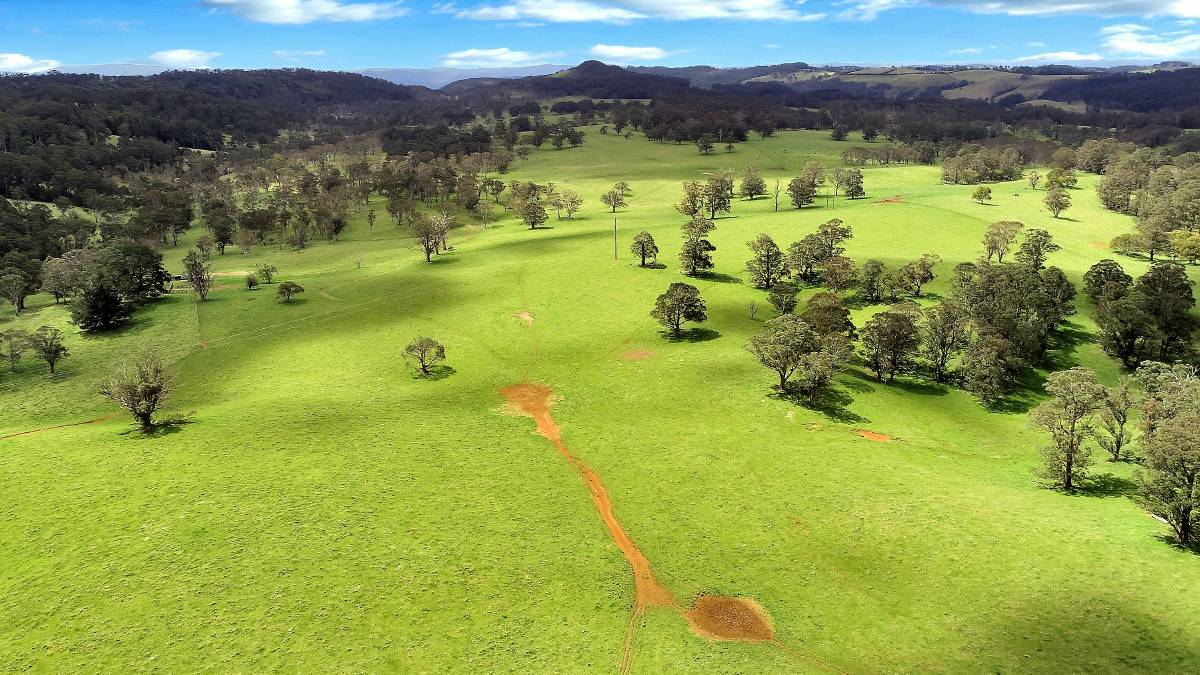 Situated 27 kilometres west of Dorrigo, in the Ebor/Hernani region, and just under 100km from Coffs Harbour, the properties are owned by Kym and Sally Grant, whose home base is at Kentucky, near Walcha, where they run an organic herb business.

Now approaching retirement, the couple are scaling down in order to concentrate on their core business, and Meldrum and Beaumont will go to auction at Beaumont on November 27.

Meldrum, which the present owners bought eight years ago, was previously held for more than 30 years by the Lean family, who used it to fatten their coastal-bred steers into 600-kilogram bullocks.

Four years after buying Meldrum, the Grants were able to snap up the adjoining Beaumont, held since the early 1990s by the Bake dairying family from Coffs Harbour.

The Bakes bought Beaumont initially to grow out dairy heifers, later taking up residence there and using the property to grow steers from weaner to feeder weights.

Both properties are described as softly undulating (apart from a small hilly area on Meldrum) with rich red and chocolate basalt soils and timbered by scattered messmate with areas of gum and softwoods. 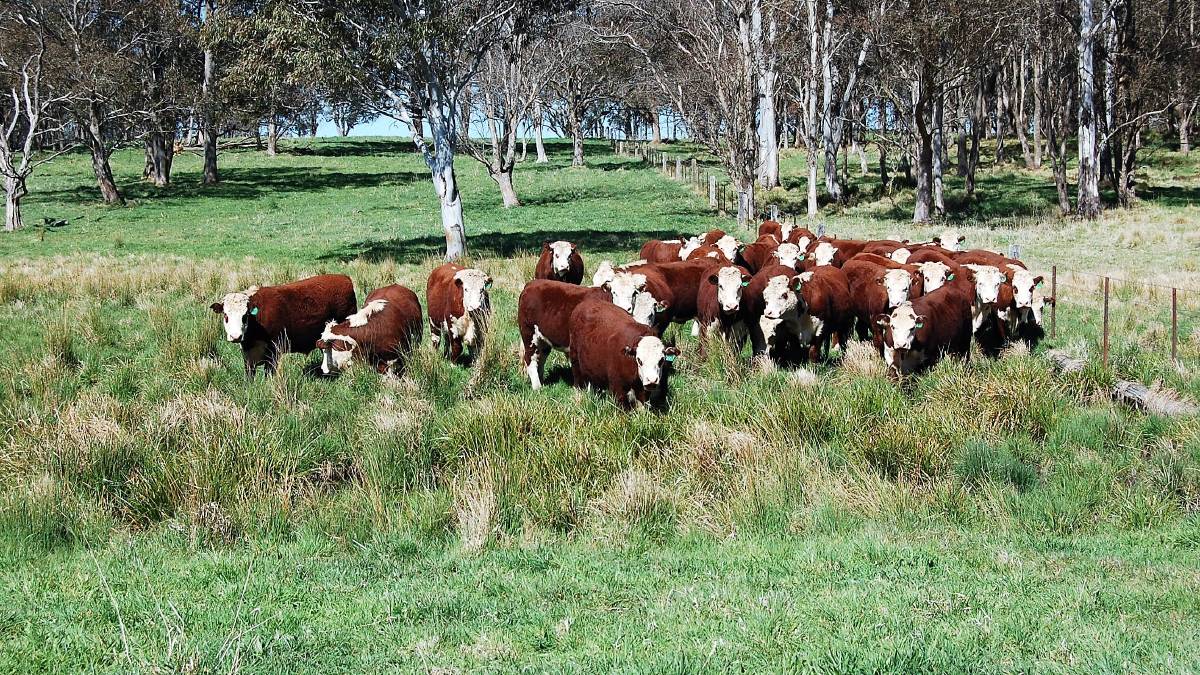 Pastures of cocksfoot, ryegrasses and clovers have a long history of topdressing, which underpins the present beef fattening enterprise that sees Meldrum turn off 600-700 steers a year, and Beaumont 250-275.

Both properties are now lightly stocked and carrying a mass of feed, as steers being offloaded during the lead-up to the property marketing program have not been replaced.

Meldrum is subdivided into 12 paddocks and Beaumont 11, both properties serviced by laneway systems feeding into their respective sets of steel cattle yards.

Average rainfall is a generous 1750-1875mm and the properties are watered by shared frontages to the permanent Meldrum Creek, which runs from north to south through both blocks.

There are also four dams on Meldrum and two on Beaumont, the latter block also having a 22,000-litre concrete tank linked to troughs and backed up by an equipped bore.

A comfortable three-bedroom brick home built on Beaumont in 1995 for the previous owners is occupied now by a live-in manager/caretaker.

The nearby aggregation of Carthorpe/Dundrovin of 391ha, marketed by Elders in 2018, fetched $16,681/ha ($6753/ac), and this latest offering is expected to provide a timely market update.