EASIER: Michelle Phillips, Camel Milk NSW, believes milking camels is easier than cattle as the udder is higher off the ground.

After her son was diagnosed with Aspergers Syndrome, research showed Michelle Phillips that camel milk helped ease the condition.

After her son was diagnosed with Aspergers Syndrome, research showed Michelle Phillips that camel milk helped ease the condition.

Michelle's inability to locate any of the humped animals' produce led to the idea of setting up her own camel milk dairy.

A trip to Warren, NSW, to see a man who had camels for sale, began the journey which now sees Camel Milk NSW supplying 200 litres of milk to shops and supermarkets each week.

Michelle and her husband, Dan, run the dairy on their 40-hectare (100-acre) property Piercefield which backs onto the Hunter River.

They grow their own feed for the camels, predominantly lucerne and oats.

The 11 camels Michelle bought back to her Muswellbrook farm, six cows and five calves, has now grown to a herd of 60 camels and a burgeoning business. 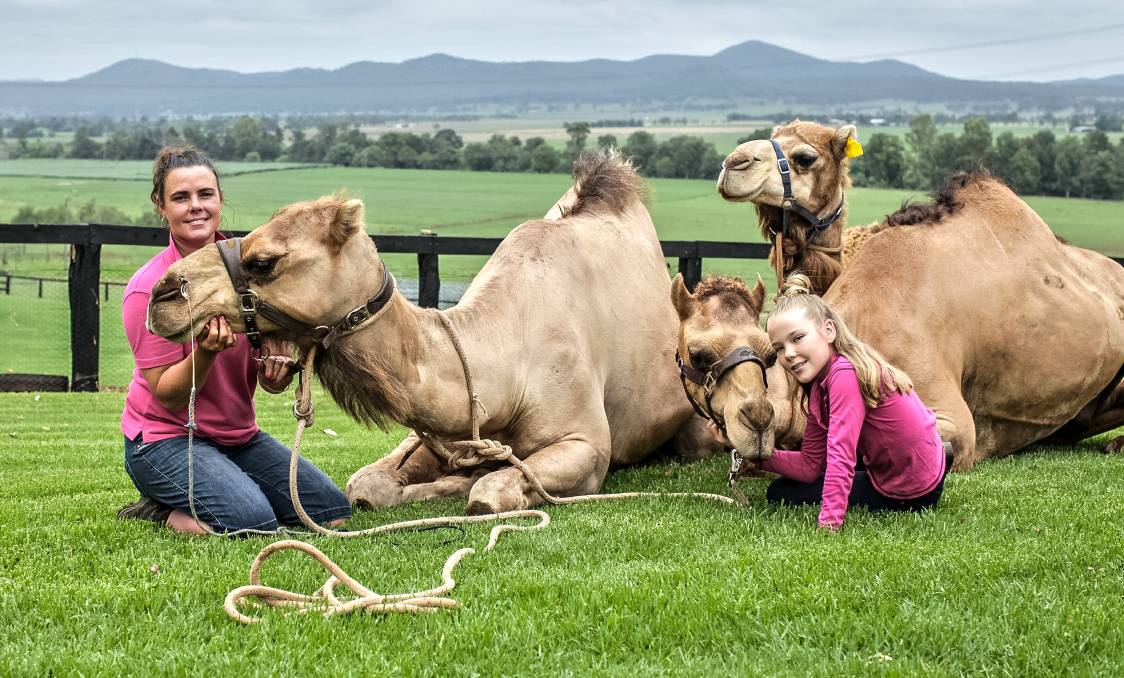 DOCILE: Michelle Phillips said the camels on her farm are quite calm and interested in visitors, as seen here with her daughter Gabriella.

"It was not a fast process to build the dairy up to where we are today," Michelle said.

"I started the dairy in 2014 by saving camels which would have been slaughtered if we hadn't wanted them.

"It takes a while as cows are five years old before they are mature enough to be milked.

"We milk on a rotational basis with 12 cows being milked once a day each week.

"Because we are not trying to milk them twice a day, I'm not forced to get up and start milking at 4am to get that 12 hour turnaround.

"I usually begin milking around 8am, just running the camels through a race.

"I find camels easy to milk as, due to a camel's height, the udder is a lot further off the ground.

"I have an off-sider who helps and the two of us complete the milking."

Michelle runs a much less intensive operation than a conventional dairy.

"Unlike a dairy cattle operation, we don't replace the entire herd every six months," she said.

"We take two cows out as they start to dry up and swap two in.

"Camels are a wild animal, they haven't had years of breeding as dairy animals."

One bull, named Huey, caters to all the cows and according to Michelle is kept pretty busy.

"During winter Huey will come in to rut and he seems to go for the whole season," she said.

"For each cow, he has to mate with her once to get her to ovulate before going again to impregnate her.

"As we are taking cows out of the dairy in twos when they begin drying up, we are seeing a lot of calves born in pairs.

"As soon as they are in the paddock, Huey is on to them.

"It's great because we know to look for two calves dropping at a time.

"In the wild, camel herds will only allow one bull at a time.

"He seems happier here as he doesn't have to defend his position with the herd against other bulls."

Camels are more than milkers DOCILE: Michelle Phillips said the camels on her farm are quite calm and interested in visitors, as seen here with her daughter Gabriella.

While producing 200 litres of milk each week is the main priority at Michelle Phillips' Camel Milk NSW dairy, she said there is a lot more to the dromedary than that.

With a natural philosophy at the forefront of her mind, Michelle has found many benefits to having camels on her farm.

"Camels are excellent at controlling weeds," she said.

"We follow a rotational grazing system here and when a paddock is just about ready for the camels to go back in, you can see the weeds coming back through.

"You don't realise the work they do in this respect until you leave them out of a paddock for a while.

"A lot of organic farms are showing interest in starting to use them for this purpose.

"We also have some farmers that want camels to help promote growth in their stock.

"When the camels drink at the trough, they leave their saliva in the water.

"There is a bacteria in the saliva that when it goes into a cattle stomach, it helps them put on weight at a faster rate.

"I have a friend who is doing a research study on this to have data to show cattle producers that this works."

Not having any hooves and being pad-footed, the camels have very little negative impact on the soil which Michelle said is good for pasture growth.

Weaning a matter for cow and calf 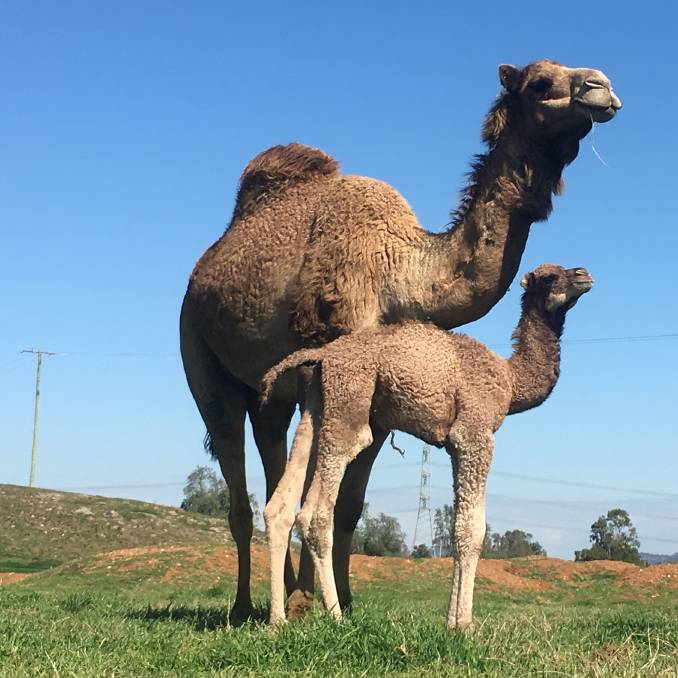 NATURAL: Weaning at Camel Milk NSW is left to the animals to decide.

Unlike most cattle operations, Michelle Phillips plays no role in the weaning process for her camels at her Muswellbrook dairy, Camel Milk NSW.

"The calves naturally wean at around 18 months to two years of age," Michelle said.

"We don't wean our calves off the mother because if we do, she will stop producing milk within a month.

"We don't sell any calves until they have weaned and keep those female calves coming from big, strong milkers we will keep to grow the herd."

While it is a fair way down the track, Michelle believes that over time she will be able to develop a stud-style operation at Piercefield.

"We are already selling off progeny from cows which are not great milkers," she said.

"But, even those we keep from good milkers can turn out not to perform well.

"As it takes five years before a camel is milk-able, we don't really know if the animal is going to be any good until then.

"It's going to be a long process but we will get there."