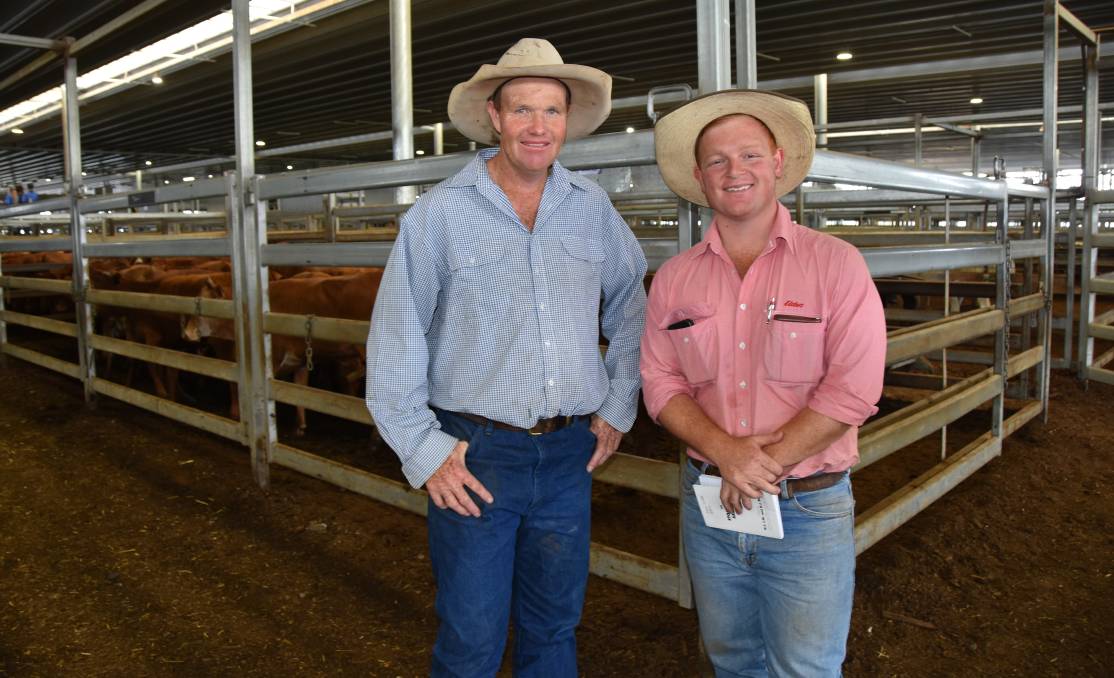 GRASS-RICH restockers looking to buy were faced with extremely strong competition at Central Tablelands Livestock Exchange store sale on Friday, where there were 1450 head yarded.

The consistency of prices had some potential buyers giving up on a yearling bargain in the sale's first half, hoping for better luck with cows and calves later on, only to face buy-in prices that even with the great season continuing would result in tight margins.

Peter and Sheryl Conlan were looking for something they would be able to trade within six months, but found the going tough.

The Conlan's agent, Rob Makepeace, Nutrien Ag, said he had a B-double at hand, hoping to fill it with some decently priced cattle.

Before the sale Mr Makepeace was wary. "I've been here before and picked up some very good cattle, but I don't know about today," he said. "It's a good sale if you're selling," said Digby Rowlands, Werribee, Woodstock, and sell he did, unloading 35 heifers and 10 steers.

Alan Beecroft, Hamana, Rylstone, in the sale's early stages laughed when asked what his ceiling price was.

"I've not seen a season this good in 40 years, I've just never seen anything like it, we've got clover in mountain country.

Mitchell Redding, Moondoogundi, Mudgee, said he wanted to buy, but caution would lead him after the drought, when he sold almost everything to survive.

"I fed a total of seven cows through the drought," he said.

Wayne Walker, Sunnyside, Cudal, reckoned the prices on Friday would make it difficult for anyone to make a profit, but that was mainly because of a countrywide cattle shortage.

"The numbers just aren't there, some of the agents here would normally have rows of lots on offer," he said.

Tony Sullivan, Tonelle, Spring Hill was chasing cows and calves but said he was quite prepared to trade anything he might make a dollar on.

Brian Johnston, Carribie, Emu Swamp, was a bit taken aback by the prices.